Trump Is Bracing for the Worst as White House Aides Warn the Election Results Could Be 'Brutal': Report 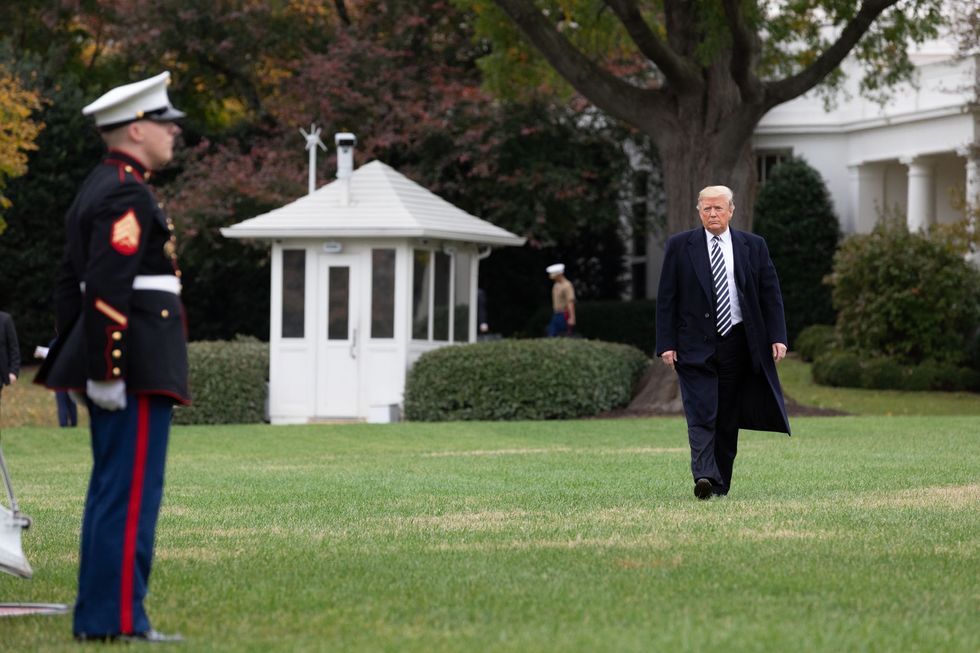 After weeks on the campaign trail for Republicans around the country, President Donald Trump has hunkered away in the White House Tuesday as Americans head to the polls.

And according to a new report in the New York Times, the president and his aides are bracing for the worst.

Reporters Michael Shear and Maggie Haberman say the mood in the White House was "gloomy" on Tuesday, citing aides and others who have talked to the president. The majority of pollsters and analysts expect Democrats could make significant gains in the House of Representatives and are likely to flip control of the chamber. The fact that the GOP is expected to keep control of the Senate — due in large part to the favorable terrain this year for Republicans on the ballot — is offering some comfort in the White House, the report said.

"For days, Mr. Trump’s advisers have warned him that the losses could be brutal, even as they have said that the Senate should be a bright spot," the report said. "Advisers acknowledge that Mr. Trump has a problem with women voters as he begins his own re-election effort."

The report notes that Trump seemed to admit in an interview Monday with an ABC affiliate that his rhetoric may have gone too far at times — a rare admission of error on the president's part. People familiar with his thinking told Haberman and Shear that he does, in fact, believe he may have stepped over the line. Yet even Monday night, Trump was his usual pugnacious self at the final rally of the cycle, attacking Justice Brett Kavanaugh's accusers — who say he is guilty of sexual assault and misconduct — were part of a "scam" as his supporters cheered "lock her up."

Whether or not the dire warnings for his administration and his party will be borne out can only be confirmed once the votes around the country are tallied. The possibility of contested results and close calls may even leave the question of who controls Congress up for grabs until Wednesday, or possibly even later.