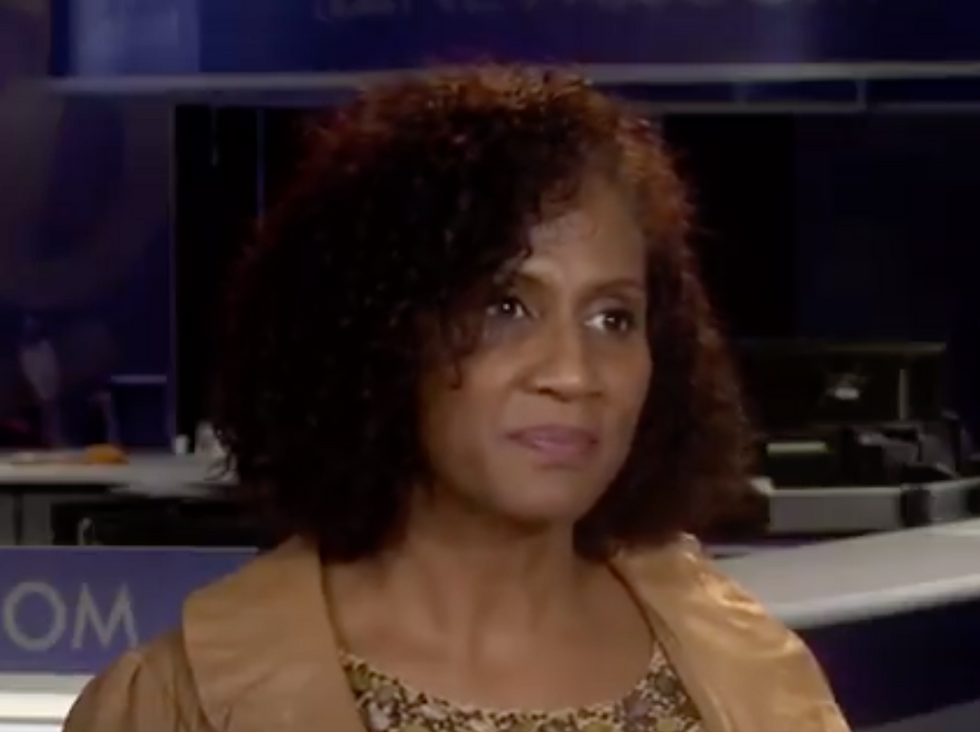 Angela Green, a Green Party candidate running for Arizona's open U.S. Senate seat, announced Thursday afternoon that she is officially dropping out of the race and throwing her support behind Democrat Krysten Sinema.

She called her supporters to vote "for a better Arizona. And that would be Kyrsten Sinema. The Democratic Party."

"But you've struggled with that decision?" asked the interviewer from 12 News, the local NBC outlet.

"Very much. But it's what it is," she said. "After watching the debates and everything, and seeing Sinema's stances on a lot of things — they're very similar to mine."

The race is one of the key elections that could determine which party has control of the U.S. Senate.

Washington Post reporter David Weigel noted that it's far too late for Sinema to get off the ballot, and many of the votes have already been cast.

But polling has put the race neck-and-neck between Sinema and her Republican opponent Martha McSally — while Green had garnered as much as 6 percent of the state's support in some polls. By backing Sinema, Green has the potential to encourage a decisive number of voters over to the Democrats' side. Watch Green's discussion of the decision below: