'Things could get really dicey': Trump is reportedly furious and lashing out at everyone as he realizes the how badly the GOP did in the midterms 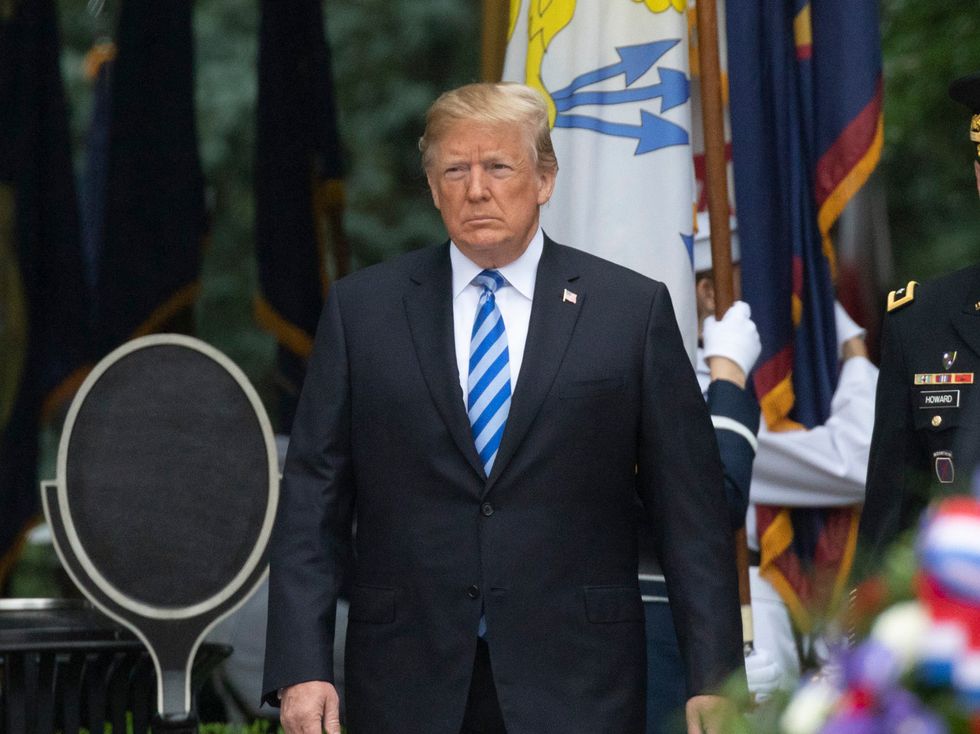 In the past week, President Donald Trump has behaved even more frantically and erratically than he normally does — tweeting aggressively, excessively insulting reporters and skipping opportunities to on American veterans, triggering negative press reports.

And according to a new report from the Washington Post documenting what it called "five days of fury," it's not just his public persona that has become more dour and testy. Behind the scenes, Trump is lashing out at allies and expressing his frustration toward those around him as the results from the 2018 midterm elections continue to pour in and look increasingly bad for the Republican Party.

“He was frustrated with the trip. And he’s itching to make some changes,” one anonymous official told the Post, referring to Trump's visit this week to Europe. “This is a week where things could get really dicey."

Even when British Prime Minister Teresa May reached out on Friday to offer congratulations on the midterms (despite his party's defeats), the president reportedly responded with fury:

Trump berated May for Great Britain not doing enough in his assessment to contain Iran. He questioned her over Brexit and complained about the trade deals he sees as unfair with European countries. May has endured Trump’s churlish temper before, but still her aides were shaken by his especially foul mood, according to U.S. and European officials briefed on the conversation.

According to the report, Trump was personally offended when French President Emmanuel Macron delivered a speech denouncing nationalism, which was widely interpreted as a rebuke to the American president. Trump made his anger with Macron public on Twitter.

"The problem is that Emmanuel suffers from a very low Approval Rating in France, 26%, and an unemployment rate of almost 10%. He was just trying to get onto another subject," Trump wrote. "By the way, there is no country more Nationalist than France, very proud people-and rightfully so!"

When Trump decided not to go to a World War I memorial outside Paris with other world leaders because of bad weather, he faced a torrent of criticism on Twitter and in the media. According to the report, Trump reacted angrily to his staff because they hadn't foreseen the backlash.

"Trump told aides he thought he looked 'terrible' and blamed his chief of staff’s office, and [deputy White House chief of staff Zachary D. Fuentes] in particular, for not counseling him that skipping the cemetery visit would be a public-relations nightmare," it said.

Trump's anger has also focused on election officials, particularly in Florida, where the ongoing recount has undermined the early reported victories of his allies Gov. Rick Scott and Ron DeSantis.

The most obvious source of Trump's continuous outpouring of anger is the devastating losses the GOP suffered in the 2018 midterms, even as the party has kept control of the Senate. Despite initial analyses suggesting that the blue wave had been a disappointment, as ballots continued to be counted, a consensus emerged that Democrats really had won a spectacular victory. Having claimed the elections as a personal triumph, Trump now looks weak and deluded.

But there's another possible source of his anger. Other reports have suggested that White House officials believe special counsel Robert Mueller is prepared to hand down more indictments soon in the Russia investigation — or perhaps unseal indictments that have already been filed with the court. Donald Trump Jr. is the subject of much speculation as a potential target of the investigation.

It's plausible that lurking possibility is weighing on Trump and increasing his stress levels — only compounded by his diminished standing after the midterms.