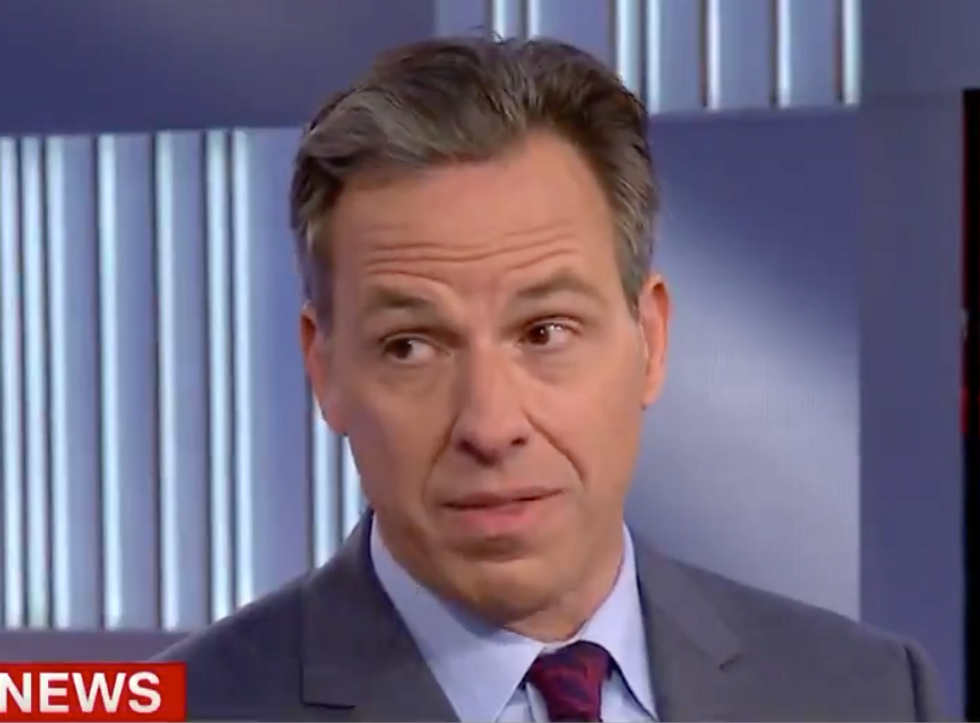 President Donald Trump sent out a celebratory tweet Tuesday night after it became clear that his party would maintain control of the U.S. Senate — but completely ignoring the fact that Democrats have won control of the House of Representatives.

As CNN's Wolf Blitzer was giving the president for the win, Jake Tapper cut in to throw cold water on the celebration.

"Let's just cut through that for a second," Tapper said. "He just lost the House."

"But he did manage to hold on to the Senate," said Blitzer.

Blitzer acknowledged that that was a "fair assessment." The main levers Democrats will have to battle the president will be investigations headed by House committees, which will now be led by people like Rep. Elijah Cummings (D-MD), Rep. Maxine Waters (D-CA), and Rep. Adam Schiff (D-CA). And none of them are likely to give Trump, with his myriad of unending scandals, an easy time.