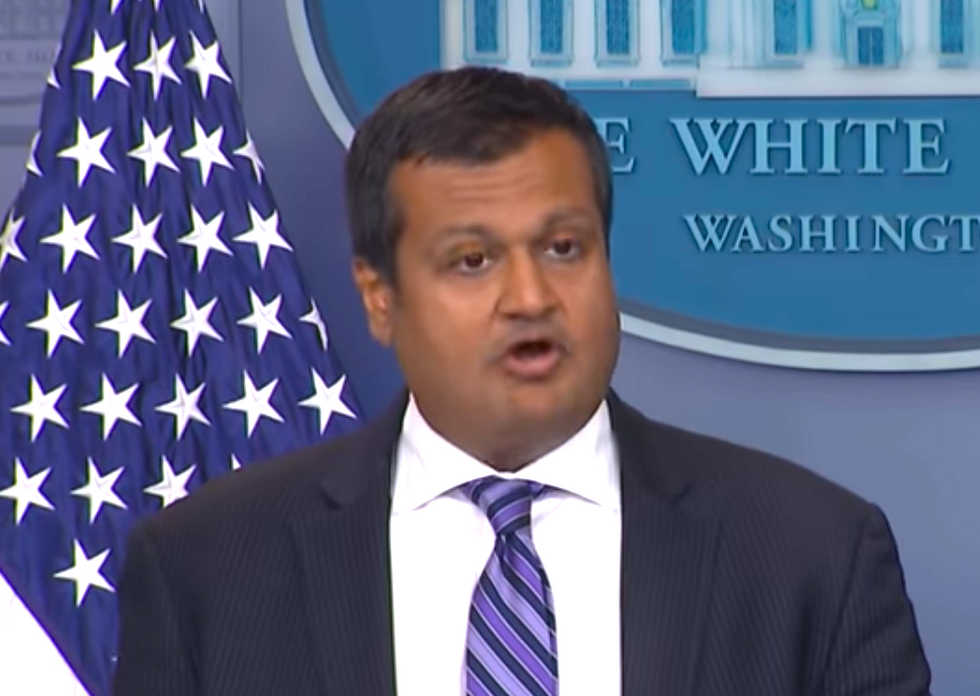 Six Trump administration officials violated the Hatch Act, a law that prevents federal government employees from engaging in political activities as a part of their official duties, a new letter from the U.S. Office of Special Counsel (unrelated to Special Counsel Robert Mueller) revealed Friday.

The following individuals were found to have violated the act:

The complaints against these employees were brought by Citizens for Responsibility and Ethics in Washington, a watchdog group. The Hatch Act prevents elected officials from using the power of the government to support their re-election — key projection against the entrenchment of power in the United States.

The violations all stemmed from the employees' use of their official Twitter accounts to spread campaign messages. For example, Shah was cited for using his official account to promote research from the Republican National Committee. The office said that this was wrong because it "highlighted research done by a political party and provided a link to the party’s website and its research."

Others were rebuked for using the hashtag #MAGA, which means "Make America Great Again" — Trump's campaign slogan. The office notes that promoting a political slogan from an official account is a clear violation of the act.

"[A]lthough we have concluded that these six EOP employees violated the Hatch Act, we have decided not to pursue disciplinary action and are closing their files without further action," the letter said. "They all have been advised that if in the future they engage in prohibited political activity while employed in a position covered by the Hatch Act, we will consider such activity to be a willful and knowing violation of the law, which could result in further action."

Press Secretary Sarah Sanders, Deputy Press Secretary Lindsay Walters, Deputy Press Secretary Hogan Gidley, and OMB Director Mick Mulvaney also received Hatch Act complaints from CREW, but the office found no violations. Sanders, for instance, used a tweet that used the phrase "great again," but did not use Trump's full slogan, and thus was found by the office not to have violated the act. Mulvaney was accused of violating the Hatch Act by using the hashtag #MAGAnomics, but the office found that since this was the official name of a Trump administration-branded program, it was appropriate for the OMB director to use.