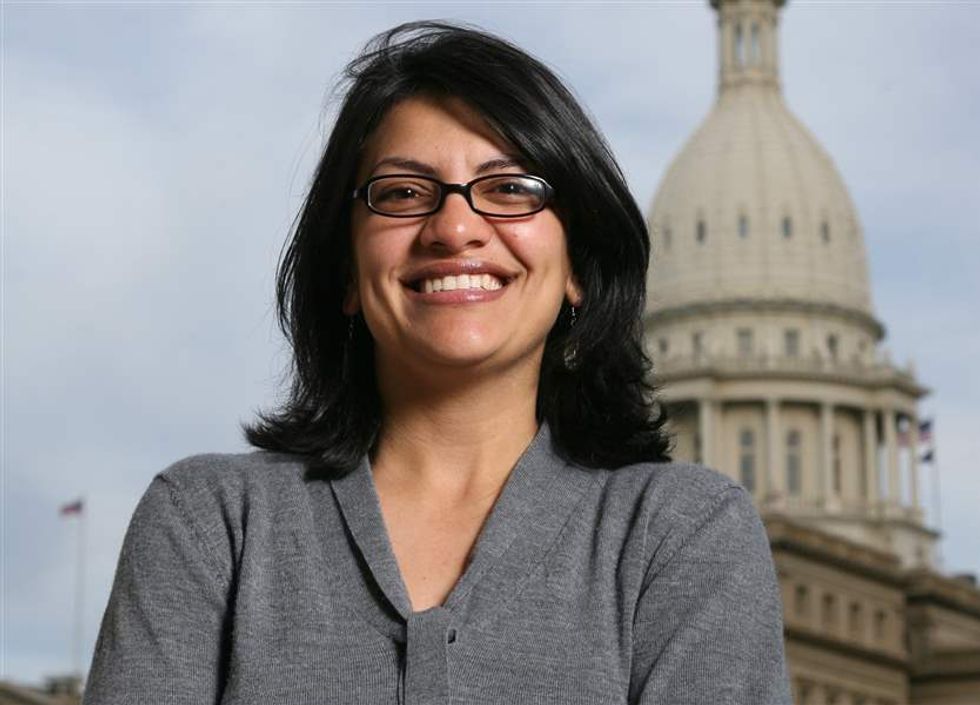 As conservative pundits and self-interested corporate Democrats predictably attempted to spin this week's midterm election results as a win for so-called moderates and proof that the Democratic Party should tack to the center, Sen. Bernie Sanders (I-Vt.) dismissed this "absurd line" in an interview on Thursday and called the incoming crop of newly elected House members "the most progressive freshman class in the modern history of the United States."

"Many of these folks are not just women, not just people of color, who campaigned on Medicare for All, raising the minimum wage to 15 bucks, campaigned on making public colleges and universities tuition-free, on undoing Trump's tax breaks for billionaires."
—Sen. Bernie Sanders

"Many of these folks are not just women, not just people of color, who campaigned on Medicare for All, raising the minimum wage to 15 bucks, campaigned on making public colleges and universities tuition-free, on undoing Trump's tax breaks for billionaires," Sanders told Rolling Stone's Matt Taibbi in response to one Washington Post columnist's claim that Sanders-style progressives "scare" voters.

"I think the Washington Post is going to be very surprised at who shows up on the first day of Congress and gets sworn in," Sanders said. "The political establishment notwithstanding, the future belongs to progressives."

The group of diverse and unabashedly bold progressives—disproportionately young and female—who will help shape House Democrats' agenda in the months and years to come include Michigan's Rashida Tlaib, Minnesota's Ilhan Omar, New York's Alexandria Ocasio-Cortez, and New Mexico's Debra Haaland, all of whom ran on platforms including Medicare for All, ambitious climate action, and a $15 minimum wage.

Below is the full list of the newly elected Democratic representatives who were endorsed by Sanders and prominent progressive organizations like Justice Democrats and Our Revolution. (Click the image or here to enlarge.)

In his Rolling Stone interview, Sanders said the establishment dogma that candidates must temper their progressive positions and remain firmly in the center of the political spectrum to win elections "enabled Republicans to gain control of the Senate and the House and the White House and for Democrats to lose almost 1,000 seats in the previous nine years."

This new group of elected progressives, Sanders said, provides strong evidence that unwavering support for immensely popular policies like Medicare for All and commitment to fighting for the working class produce voter enthusiasm that can't be matched by business-friendly centrism.

As Ocasio-Cortez declared Tuesday night in her victory speech in New York, "When we advocate and champion the causes of our neighbors and our economic dignity, and come with innovative and ambitious plans for our future, there is no state beyond our grasp, and no community beyond victory. We just need to keep at it."