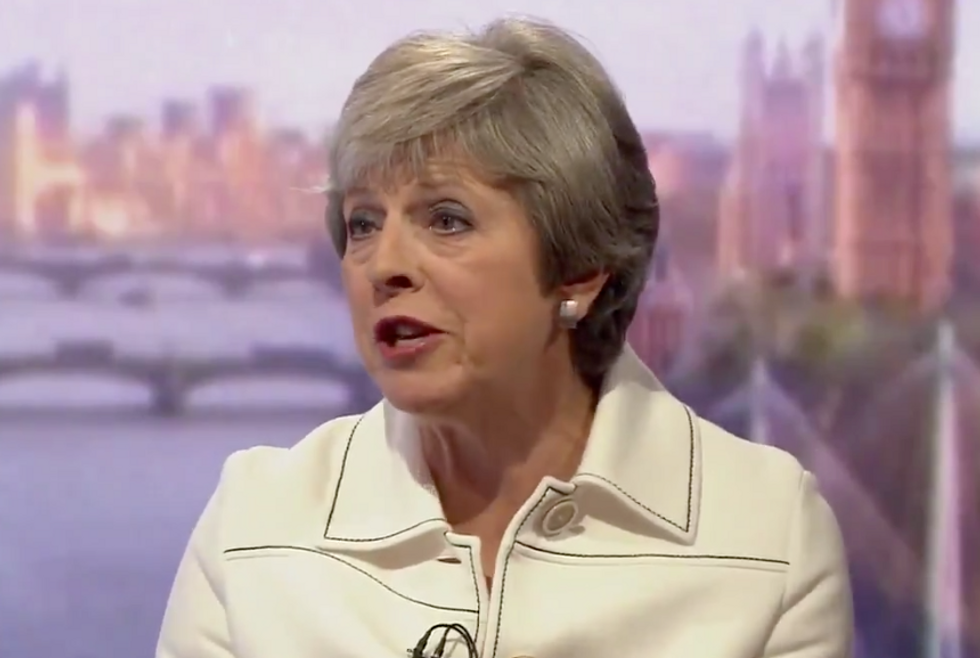 British Prime Minister Theresa May, who continues to cling to power like a wet cat slowly sliding off a frozen roof, announced on Wednesday that she has made a last-minute deal to extract the U.K. from the European Union — as British voters decreed two years ago — and has now more or less sold that deal to her fractious and divided cabinet. We shall see about that. But with the Brexit comedy of errors nearing its final act across the pond, Americans can at least feel we don’t have a monopoly on political dysfunction.

It’s only fair to observe that if May manages to negotiate a semi-successful pullout from the EU without crashing the British economy and bringing her government down in flames, it will be one of the greatest escapes in political history. That seems exceedingly unlikely. During her speech outside 10 Downing Street on Wednesday, May said that “there will be difficult days ahead” and that the 585-page “divorce deal” between the U.K. and the EU that she was unveiling “will come under intense scrutiny.” That’s putting it mildly. It isn’t just that this particular Brexit deal is a poisoned chalice; any possible Brexit deal would be. The entire enterprise is a bad idea gone wrong.

Her predicament is instructive, though I’m not suggesting she deserves anyone’s sympathy. May is trying to follow through on an impulsive public decision she didn’t support in the first place and probably thinks is a disaster (although she now claims to believe otherwise). She leads a minority government, with her Conservative Party (aka the Tories) propped up in Parliament by 10 members of the Democratic Unionist Party, who represent the Protestant hardliners of Northern Ireland. (We’ll get back to them.) Both May's party and the opposition Labour Party are internally divided on whether to go through with Brexit in good faith or try to convince the public to undo the fateful 2016 referendum that launched the process — and nobody’s sure whether that latter option is even viable or whether it would work.

It didn’t take long for May’s proposed deal to be thoroughly “rubbished” by its opponents, as the Brits would say. According to BBC reporter Laura Kuenssberg, at least 11 of May’s 29 cabinet ministers spoke out against the deal during their five-hour meeting on Wednesday. Shouting was allegedly involved. No cabinet member has yet resigned, but some Tory “Brexiteers” in Parliament have already vowed to pursue a motion of no confidence against May. Since such a gambit could bring down her government and force an election that Jeremy Corbyn’s Labour Party might well win, they’re probably just letting off steam. (For now.)

Steve Baker, May’s former “Brexit minister,” who quit her cabinet during an earlier dispute, tweeted that she had made “the worst possible deal we could have collectively imagined,” and predicted it would collapse in the next few days. May’s former chief of staff, Nick Timothy, published an immediate attack in the Telegraph (a pro-Tory paper), arguing that the deal was “a capitulation not only to Brussels [i.e., the EU bureaucracy] but to the fears of the British negotiators themselves, who have shown by their actions that they never believed Brexit can be a success.”

Those first reactions largely came from right-wing Tories who support Brexit, but think May is being too squishy about it or not pursuing it the right way. “Remainers,” meaning those who oppose Brexit and still hope the whole project may collapse, largely held fire on Wednesday — except for Nicola Sturgeon, first minister of the semi-autonomous Scottish government, who may hope to use a botched Brexit deal as a wedge to push for Scottish independence. Observing the obvious fact that May can barely get members of her own party behind her on this, Sturgeon suggested that the prime minister was presenting the British public “with a false choice between a bad deal and no deal,” the latter meaning an abrupt, unilateral and likely catastrophic withdrawal from the European economy.

What’s this actually all about? Is it a philosophical debate about Britain’s relationship to Europe and the outside world, or an infinite array of small-print disputes about customs regulations, student visas and financial transactions? There’s no real way to answer that: Some of both, probably. I certainly haven’t read all 585 pages of May’s draft divorce deal — but then, hardly anyone in Britain has either. She is trying to navigate between the sudden, sharp shock of a “hard Brexit” and a “soft Brexit” full of treaties and agreements that would almost feel like no Brexit at all, while reckoning with the fact that nobody really wants either of those things.

A voting majority of the British public, feeling a certain amount of legitimate economic and political grievance, trolled themselves into swallowing a fantasy vision of renewed national greatness, full employment and no immigration. What they envisioned is not remotely achievable, and the impulse was fueled in large part by racism and xenophobia, but that doesn’t necessarily mean the underlying sense of disempowerment and injustice was imaginary. All of this may sound dimly familiar to Americans, I suppose. Although I can't think why!

There are many ways Brexit could go wrong for Theresa May, and hardly any ways it could go right. But if she meets her political doom over the “Irish question,” which has bedeviled British politics for at least 300 years, a certain karmic justice may be served. One of the real sticking points in any Brexit deal has been the possible reintroduction of a “hard border” between Northern Ireland, which is officially a province of the U.K., and the independent Republic of Ireland, which will remain in the EU. That is Britain’s only land border with another nation, and it’s one plagued with painful history. During the “Troubles” -- Northern Ireland’s 30-year sectarian civil war, which ended with a negotiated settlement in the mid ‘90s – that border was heavily fortified and militarized, and not infrequently a site of arms smuggling and bomb attacks.

For a host of reasons both commercial and symbolic, nobody wants a hard border in Ireland. But unless and until the EU and U.K. can work out an open-borders customs agreement (which sounds suspiciously un-Brexit-like, at least to the Brexiteers), the only viable solution involves separating Northern Ireland from the rest of the U.K. to some extent — which is precisely what May’s aforementioned coalition partners in the Democratic Unionist Party cannot tolerate. (To their Protestant constituents, that feels like a slippery slope leading toward the nationalist goal of Irish “unification,” a fate roughly equivalent to Armageddon.)

It seems nonsensical that the anomalous but insignificant question of the Irish border, and the lingering aftereffects of a largely defused conflict between warring tribes of white people in a rainy corner of northwestern Europe, may yet cause significant political damage in 2018. In case you hadn’t noticed, we live in strange times. Theresa May is trying to survive by pushing through an unsustainable and mendacious compromise, built on the unsustainable and mendacious compromises of the past. As Britain and America, the two great empire-building nations of the modern age, ought to know by now, in the end history always bites back.