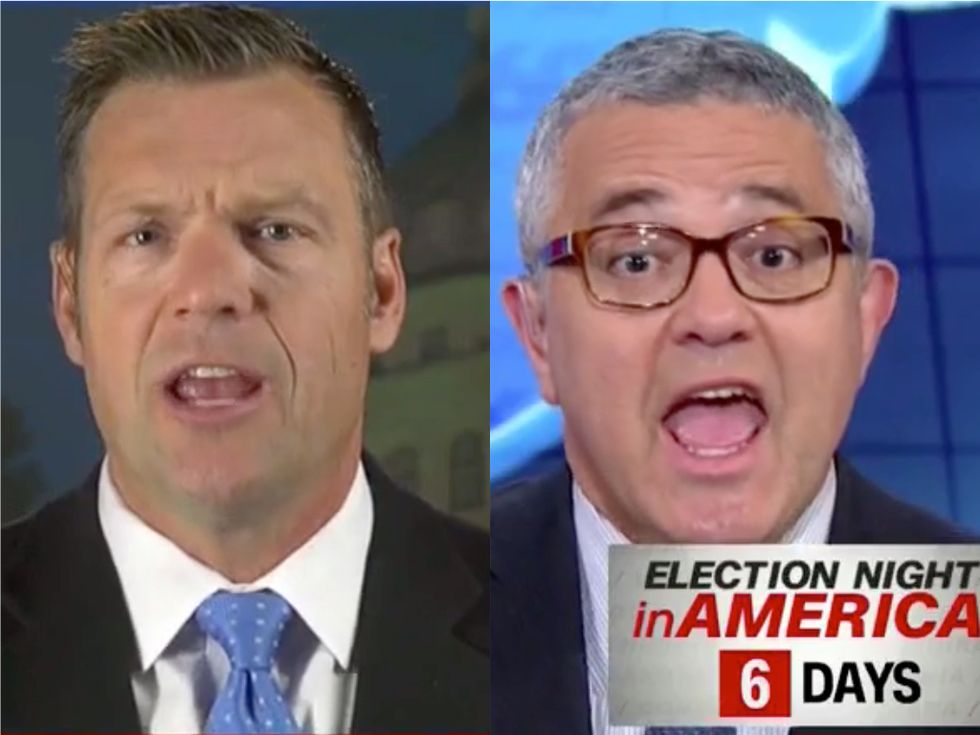 Critics of Republican efforts to suppress Democratic votes — and in particular, the votes of people of color — have long declared that these efforts are patently cynical, undemocratic and wildly racist. But it's not all that often that they actually get to see Republican politicians who push these regressive ideas confronted with the truth about the policies.

On Wednesday night, CNN Legal Analyst Jeffrey Toobin did exactly that when he faced Kansas GOP Gubernatorial candidate Kris Kobach, who has been at the forefront of his party's effort to suppress Democratic votes. While discussing President Donald Trump's claim that he could unilaterally end birthright citizenship in the United States, Toobin dismissed Kobach's contribution, citing his history of backing racist policies.

"Well, look," said Toobin. "Kris has devoted his career to stopping black people and poor people from voting. I mean, that's been your goal for decades.”

“That is an absolutely outrageous accusation,” said Kobach. “So if you like photo I.D., you’re trying to stop people of color from voting?”

"That is such a horrible accusation," said Kobach.

Kobach argued that since a majority of black people in polls back voter I.D. laws, they can't possibly be racist. However, there are many voting policies that are also quite popular — such as early voting and automatic voter registration — that Kobach and his ilk oppose. Instead, they only ever champion voting laws that will limit the number of black people and other likely Democratic voters who can cast a ballot, usually citing the phony pretext of voter fraud, which is virtually nonexistent.