'Because I'm White': A Texas Poll Worker Was Just Fired After Reportedly Hurling a Racist Insult and Pushing a Black Voter 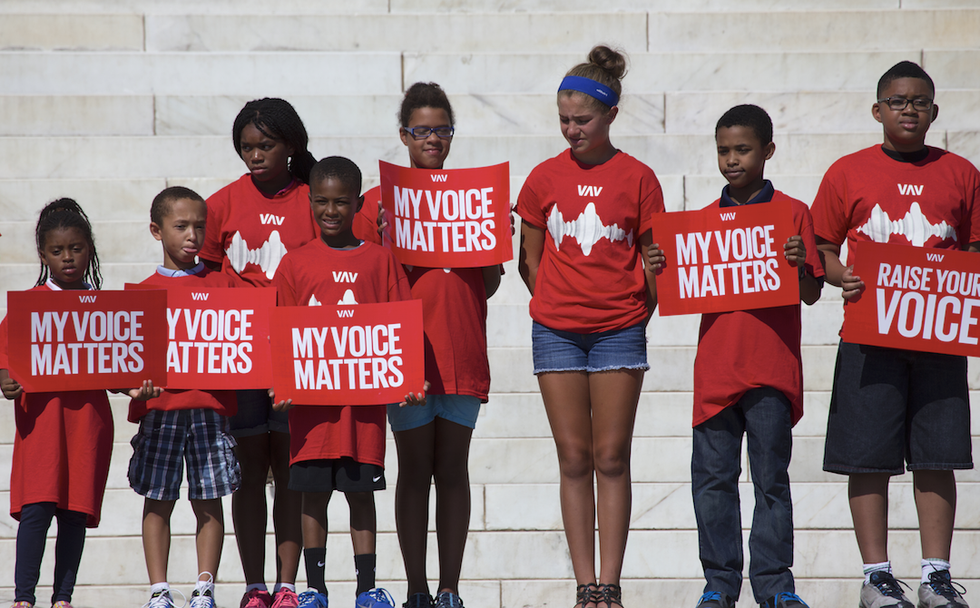 On Tuesday, the Houston Chronicle reported that a Harris County poll worker named Juanita Barnes has been fired and faces criminal assault charges over a fight she got into with local voter Rolanda Anthony over the address on her photo ID, during which she reportedly made a racist outburst:

Anthony went to vote at her polling location before 8 a.m. at Iglesia Bautista Libre in north Houston, a poll worker, Evelyn Tillman, told her there was an issue with her address in the system and she needed to fill out a residency verification form.

Anthony, who is in her early 40s, asked Tillman why she needed to fill out the form, since as far as she could tell, the address in the system and on her ID matched up perfectly. Before Tillman could respond, Juanita Barnes, the alternate election judge, came very close to Anthony and began yelling and pointing her finger in Anthony's face.

Anthony said Barnes told her it, "It's illegal for you not to change her address on your driver's license if you move." About five or six voters were looking on, Anthony said.

Anthony told her, "Ma'am, I've been living here for years. What are you talking about? The address is correct."

Barnes, who is white, then told Anthony, who is black, "Maybe if I'd worn my blackface makeup today you could comprehend what I'm saying to you." Witnesses confirmed this is what they heard Barnes say.

After this exchange, other poll workers intervened on behalf of Anthony, at which point Barnes reportedly cornered her against a wall and started shouting. Barnes later "bumped" into Anthony, the report said, and told her that the police would not help her because Barnes was white and Anthony was a "loiterer."

"If you call the police, they're going to take you to jail and do something to you, because I'm white," Barnes reportedly said.

Barnes was eventually escorted from the building by Harris County deputies, according to the Chronicle.

This incident is not even the only case of a Texas poll worker landing in hot water for an altercation with a black voter. On Friday, Liza Guzman, another poll worker in Round Rock, screamed at a black voter who was confused about where to vote, saying "Get out. Get out. Get out. You are rude. You are not following the law," and threatening to call the police. Guzman resigned after a video of the incident went public.

Texas is one of the most closely watched states in the midterm election. Up to ten GOP-held Texas House seats have serious Democratic challenges, and race between GOP Sen. Ted Cruz and El Paso Democratic Rep. Beto O'Rourke has become one of the most expensive Senate races in history.