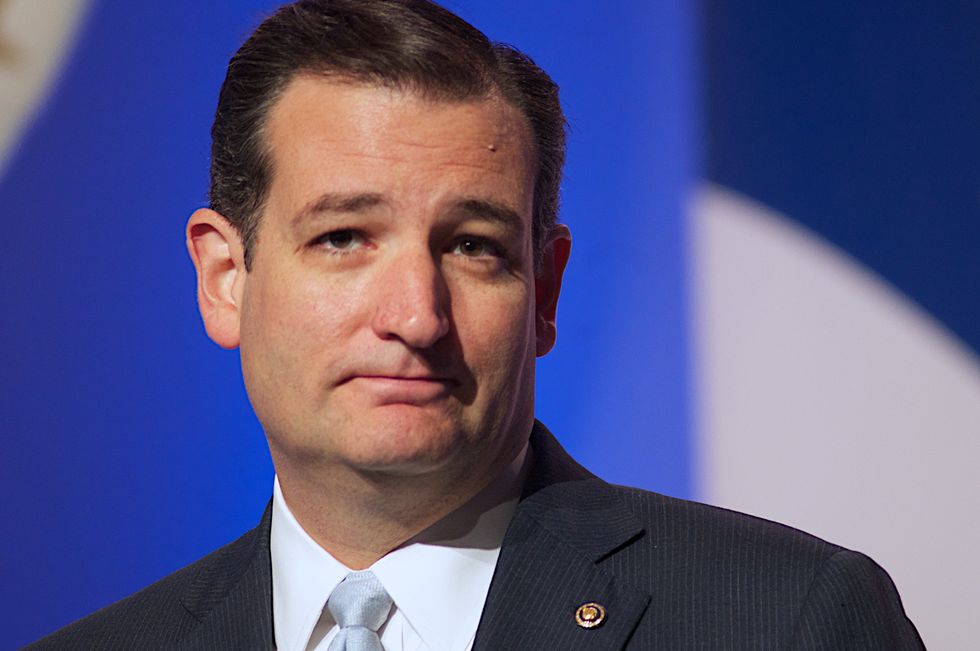 On Friday morning, Cruz insinuated on Twitter that O'Rourke's campaign was "illegally" using its funds to support the Central American migrant caravan traveling in Mexico:

He also suggested that O'Rourke must be pressed on whether the caravan should be allowed to "illegally" cross the border. But despite fearmongering from President Donald Trump, there's little actual reason to fear the caravan. Many of the migrants intend to apply for asylum at the U.S. border, which is a form of legal immigration. And observers expect many of the migrants won't even come all the way to the United States, as many might seek asylum in Mexico.

The ridiculous suggestion appears to be linked to a video from conservative activist group Project Veritas, which has a history of fraudulently editing secret recordings in an attempt to smear liberals.

The idea that nefarious liberal groups — and in particular, Jews — are somehow funding a conspiracy to funnel immigrants into the country and allow them to overtake the country is a pernicious conspiracy theory. Notably, the belief appears to have motivated the man who carried out a mass shooting at a Pittsburgh synagogue last weekend. The fact that Cruz would perpetuate this myth not even a week after the massacre is disturbing — and should be disqualifying for government office.

"This tells me that Ted Cruz sees something in his polling that scares the crap out of him," he wrote.