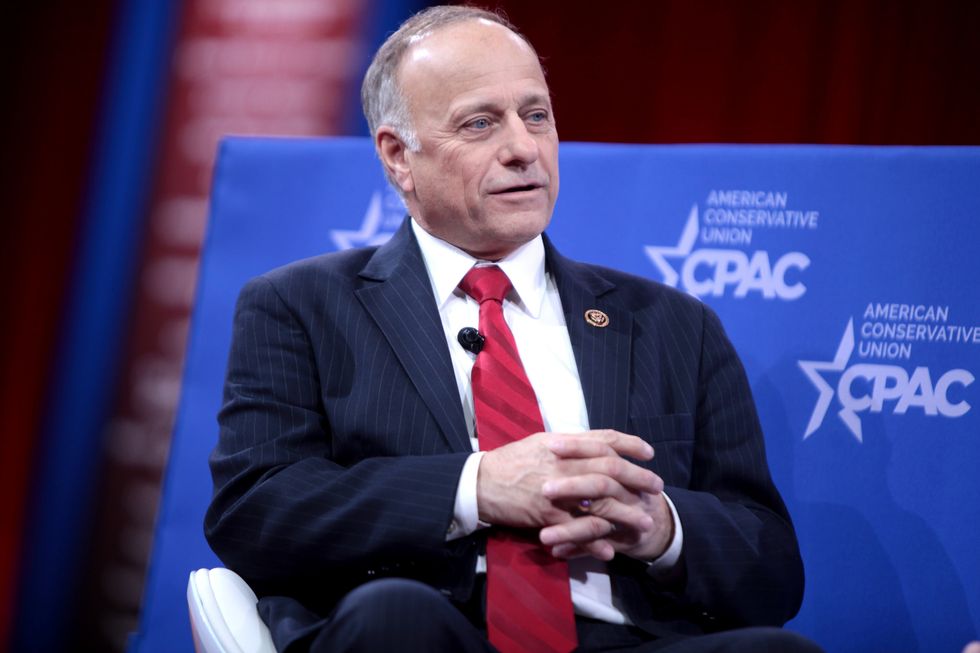 Specifically, King said that he hoped that Republicans' 5-4 majority on the Court might go to 7-2 after the midterm elections, because maybe "Kagan and Sotomayor will elope to Cuba." The comments were first published on Twitter by Adam Rubenstein, an assistant editor for the conservative Weekly Standard.

The GOP has been openly longing to expand their majority on the court, which President Donald Trump solidified this year with the confirmation of Brett Kavanaugh despite multiple allegations of sexual assault and perjury. Last year, Trump reportedly predicted that Justices Sotomayor and Ruth Bader Ginsburg would die while he was in office.

For King, however, this is amazingly one of the tamer statements he has made in his time in Congress.

An overt white nationalist, King has stated on multiple occasions that he believes America should favor the white race over "somebody else's babies," and is currently facing outrage for a trip he took to give an extremely racist interview to a far-right Austrian party founded by the Nazis, on the dime of a group that promotes Holocaust awareness. He has since lost several political campaign donors, and drawn a sharp rebuke from National Republican Congressional Committee chairman Steve Stivers (R-OH).

King represents Iowa's 4th Congressional District, an extremely conservative seat in the northwest corner of the state. His Democratic opponent is J.D. Scholten, a paralegal and former professional baseball player from Sioux City. Polls have shown King ahead, but the race has sharply tightened in the last week as King's comments have come under close media scrutiny.