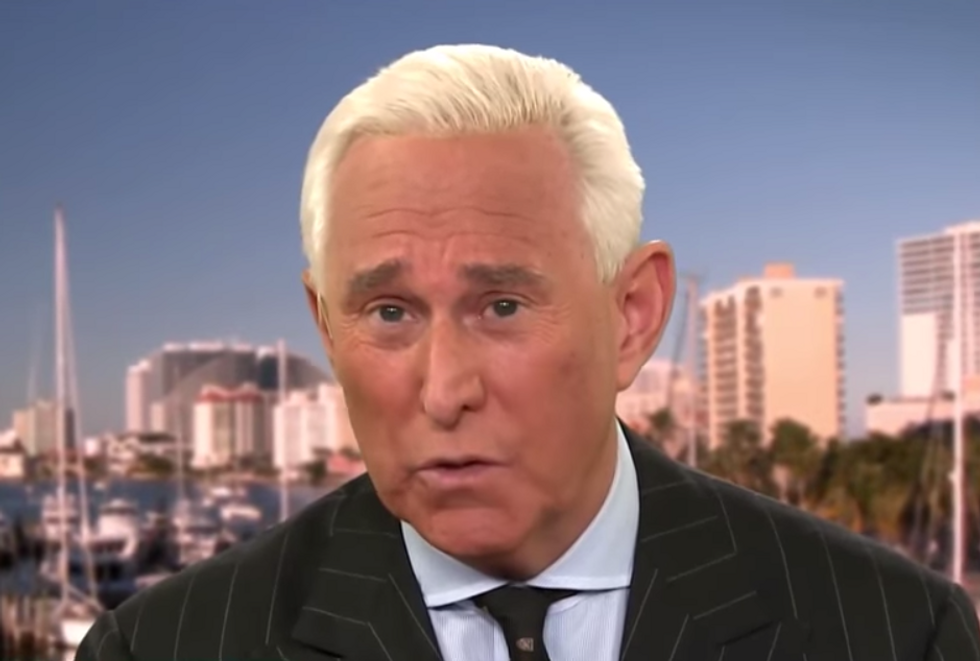 On Thursday, the New York Times revealed, via a previously undisclosed email exchange, that Donald Trump adviser Roger Stone was advertising himself to the campaign, and specifically to chair Steve Bannon, as an intermediary to WikiLeaks — the radical "open-government" group linked to the Kremlin which dumped a trove of stolen emails from Hillary Clinton's campaign manager John Podesta in 2016 to help sink her candidacy for president.

When the WikiLeaks founder, Julian Assange, appeared on a video link from Europe a month before the 2016 presidential election and vaguely promised to release a flood of purloined documents related to the race, the head of Donald J. Trump’s campaign, Stephen K. Bannon, was interested.

He emailed the political operative Roger J. Stone Jr., who had been trying to reach him for days about what Mr. Assange might have in store. "What was that this morning???" Mr. Bannon asked on Oct. 4.

Special counsel Robert Mueller has been probing the potential Stone-Assange connection over the past several months, questioning Bannon about his conversations with Stone and subpoenaing Stone associate Sam Nunberg.

After Tuesday's Washington Post report that Mueller brought Bannon to testify about the issue before a grand jury, Stone frantically tried to get ahead of further revelations with an op-ed in the right-wing Daily Caller, publishing the email exchange with Bannon himself.

"What I am guilty of is using publicly available information and a solid tip to bluff, posture, hype and punk Democrats on Twitter," wrote Stone. "This is called 'politics.' It's not illegal."

Suspicion has surrounded Stone's involvement in the WikiLeaks operation ever since he taunted that it would soon be Podesta's "time in the barrel" weeks before WikiLeaks started publishing the emails. WikiLeaks ultimately dropped the first batch hours after the release of the "Access Hollywood" tape, on which Trump bragged about his impunity to assault women.

Stone subsequently boasted that he had a backchannel to Assange, but has changed his story repeatedly as Mueller has pursued the matter and the potential legal liability has mounted.