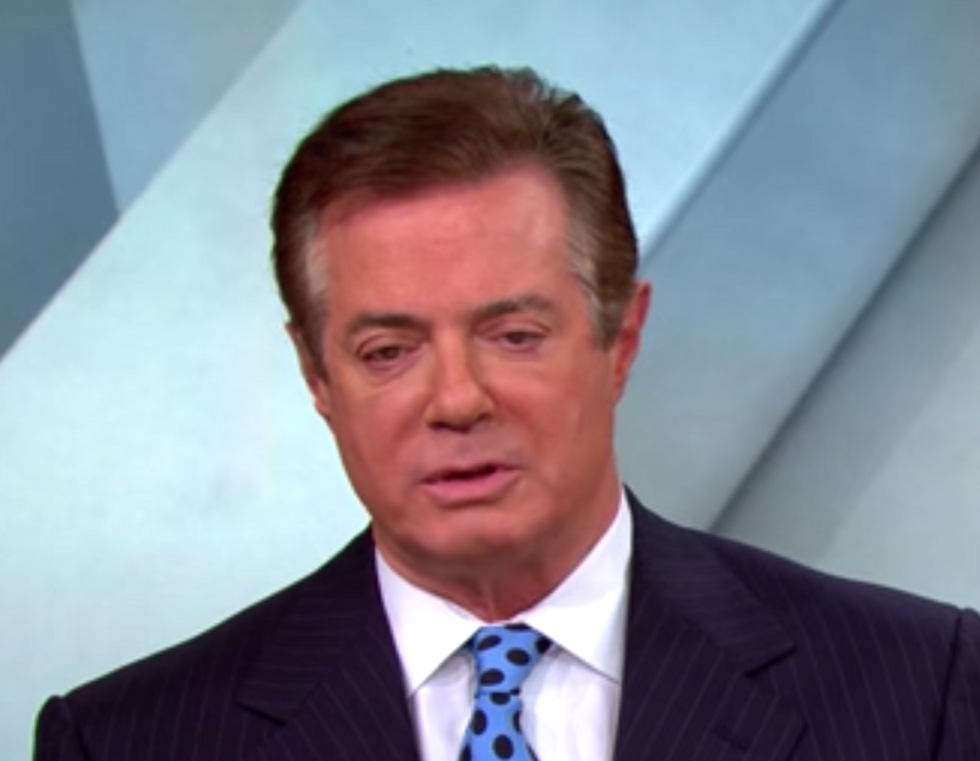 Because of this reported breach, Mueller is prepared to move on to the sentencing phase of the case against Manafort, who has been found guilty on multiple financial crimes and pleaded guilty to others, which involve his work for a Ukrainian politician with ties to Russian President Vladimir Putin.

"As the defendant has breached the plea agreement, there is no reason to delay his sentencing herein," Mueller's team wrote in the court filing.

Manafort's lawyers dispute the claim that he has lied to the FBI.

Former U.S. Attorney Barb McQuade explained on MSNBC: "If he lied, he loses his value as a cooperator and the deal is off."

This is particularly bad news for Manafort, McQuade explained, because typically in these scenarios, the guilty pleas will stand but the defendant doesn't get any leniency. She also noted that this development is not a win for Mueller — it likely means they did not get what they hoped to gain from Manafort's cooperation.

The revelation also sheds more light on a mysterious recent tweet from Trump.

On Nov. 15, he wrote: "The inner workings of the Mueller investigation are a total mess. They have found no collusion and have gone absolutely nuts. They are screaming and shouting at people, horribly threatening them to come up with the answers they want."

Trump's reference to the "inner working" of the investigation raised many eyebrows at the time, suggesting he had new access into the probe than had before — perhaps by way of his dubiously appointed crony Acting Attorney Matt Whitaker. With the news that Mueller believes Manafort was lying in interviews, Trump's suggestion that prosecutors were screaming and threatening a putatively uncooperative witness looks much more plausible. Once prosecutors believed Manafort was lying, they would likely threaten to revoke the plea agreement. The question is, who told Trump that such a conflict was brewing?

Rep. Eric Swalwell (D-CA) suggested that Manafort's apparent decision to lie to Mueller could be the result of Trump's dangling of pardons. If Manafort thinks he might be able to get a pardon out of the president, he might have been willing to lie to Mueller to protect other potential targets of the investigation.

"The Occam's Razor Take here is: lots of folks in Trumpworld really did engage in a vast criminal conspiracy that they are desperately trying to keep hidden by lying about it," noted MSNBC host Chris Hayes. "Maybe that turns out not to be true! But it's the most economical explanation of everything we've seen *by far*."