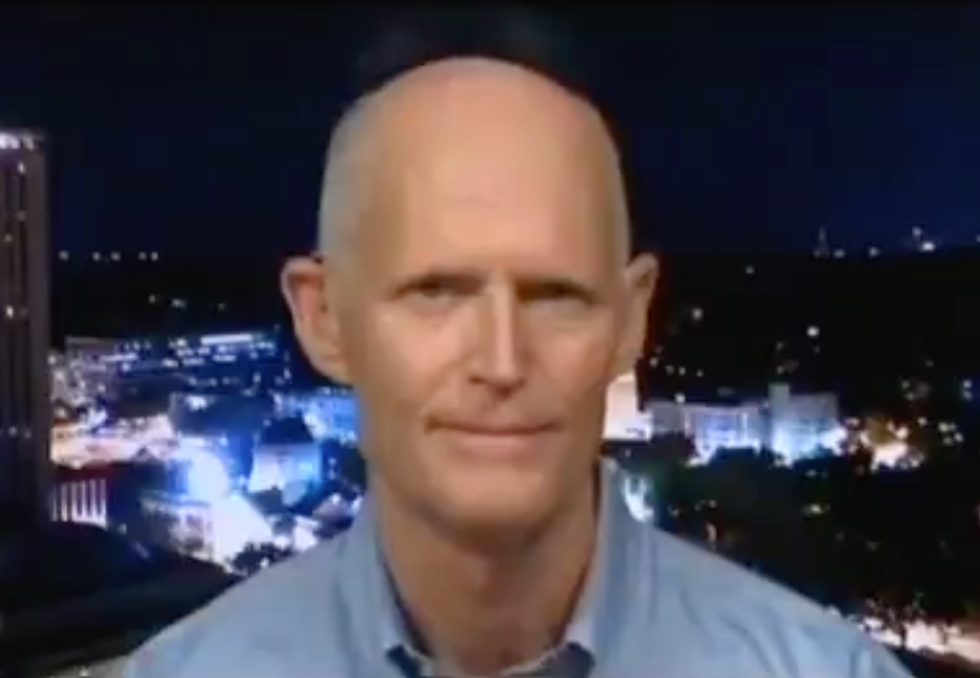 On Thursday night, while GOP Florida Gov. Rick Scott still held a tiny lead over Democratic Sen. Bill Nelson in the Senate race, the lead had shrunk considerably since Election Day and an automatic recount is pending.

But Scott, who thought he had the race locked up on Tuesday, is responding with fury — and is vowing to use the might of the governor's mansion to fight back against the recount:

Rick Scott accuses liberals in Broward of “trying to steal this election” from him, and orders FDLE to launch an in… https://t.co/SqoaPLl0Lj
— Steve Bousquet (@Steve Bousquet) 1541727023.0

To clarify, the recount is not some sort of liberal conspiracy, it is required by state law. And neither Scott nor any of his supporters have furnished evidence there is anything untoward about making sure every single outstanding ballot in Broward County is tabulated.

But Scott wasn't done playing the victim. He soon appeared on "Hannity", where the eponymous Fox News host took it even further and called for arresting people for holding a recount.

"I've never seen anything like this in my life," Hannity told him. "It is obviously corrupt, obviously laws were broken, obviously there are shenanigans here ... the people of Florida deserve their just vote, which they got, and you won this race hands down. And this is a disgrace, that they get to do this. Election in, election out. Somebody needs to go to jail here, if this keeps happening."

Sean Hannity just said "somebody needs to go to jail" for trying to count all the votes in Florida pic.twitter.com/uoWyiovfHq

And all too predictably, one more person shortly chimed in:

Law Enforcement is looking into another big corruption scandal having to do with Election Fraud in #Broward and Pal… https://t.co/I402nKjfb1
— Donald J. Trump (@Donald J. Trump) 1541731102.0

Just as they did in the year 2000, Republicans are allergic to letting democracy and electoral law run its course in Florida. As far as they're concerned, an election is only legitimate if they win.