Republicans were no match for angry and organized seniors 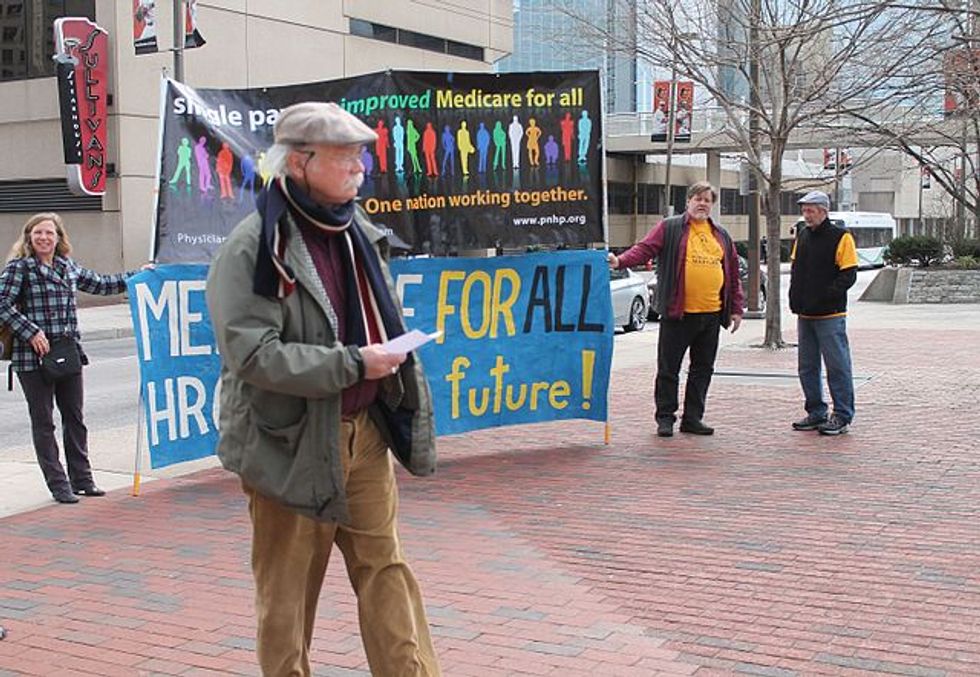 Hands off our Social Security, Medicare, and Medicaid benefits—except to expand them! That’s the message millions of seniors around the country just sent to the Republican Party. The evidence is clear: A poll done just before the election showed Democrats leading among voters over 65 by thirteen points, and retirees donated more to Democratic candidates than to Republicans for the first time since the tracking began in 1990.

I have spoken to packed rooms of seniors at diners, union halls, and auditoriums about the need to repeal and replace Republicans.

I told them the most important thing they could do was to organize their friends and family, spreading the message that the only way to protect and expand our earned benefits was to elect Democrats. It is because of the organizing of these amazing activists that seniors resoundingly rejected the Republican Party.

As a longtime advocate on senior issues, I’ve been holding endorsement events for Congressional candidates since 2004. This year was like nothing I’ve ever seen before: The most talented class of candidates ever, powered to victory by tireless volunteer activists.

Republicans tried to lie their way to victory. At rally after rally, Donald Trump claimed that his party would support Social Security and Medicare. Republican candidates across the country spewed lies about Medicare for All, claiming it would hurt seniors when it would actually improve their current Medicare benefits. They insisted that they would protect pre-existing conditions, even as they voted to rip those protections away. But seniors were not fooled. They understood who their real champions are.

That’s because Democrats didn’t just oppose Republican plans to gut earned benefits. They ran on a unified, affirmative agenda of their own: Expanding Social Security, Medicare, and Medicaid, and taking on big pharma to lower the outrageous cost of prescription drugs. Given a clear contrast between the two parties, older voters knew exactly whom to support.

Now, it’s up to the newly elected House Democrats to make good on that agenda. They must send bills to the House floor increasing Social Security benefits, making health care a right instead of a privilege, and breaking up big pharma’s monopoly power. What happens next will be up to the members of the shrunken House Republican Caucus, and their colleagues in the Senate. They can start listening to voters instead of donors, and end their war on our earned benefits. Or they can vote against these incredibly popular policies, and guarantee that older voters are lost to them forever.