Ranked: These Are the 6 Republican Incumbents We’d Most Like to See Dealt Humiliating Defeats on Tuesday 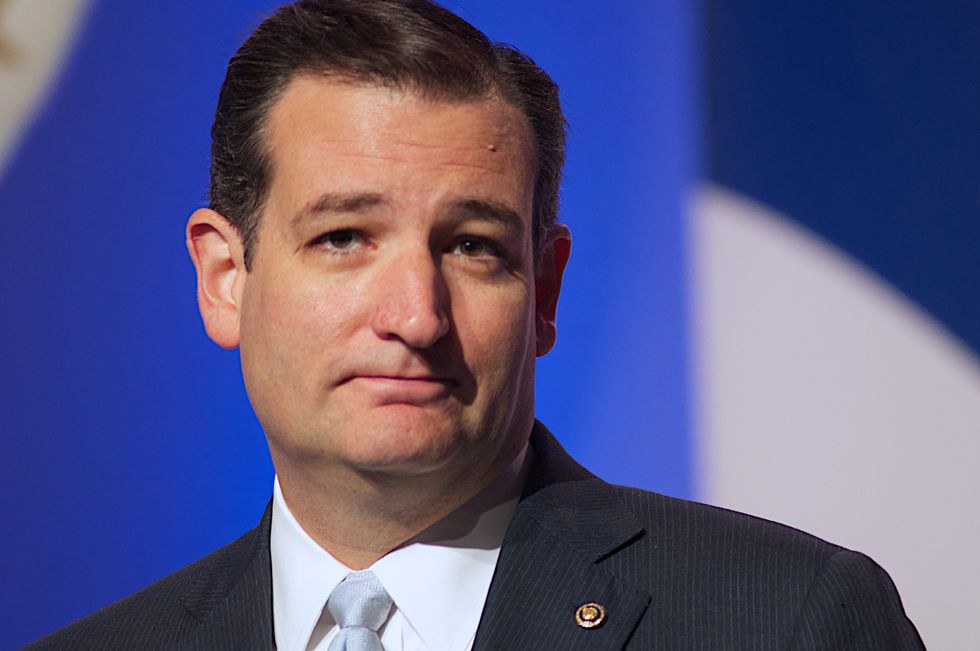 While most polls project Democrats to gain a significant number of seats in the House of Representatives on Tuesday, not all victories are created equal.

What does this mean? It means that there are certain Republican lawmakers whose defeats would be far sweeter to witness than simply bringing down vulnerable moderate incumbents such as Rep. Barbara Comstock (R-VA) or Rep. Carlos Curbelo (R-FL).

In this article, we’ll rank the GOP officials who have done the most to earn a one-way ticket home from Washington, DC — and rate the chances that voters actually will toss them out.

1. Rep. Steve King (R-IA). The Iowa congressman’s overt racism has gotten so blatantthat even the Republican congressional leadership has started calling him out.

Despite all this, King remains on track to win reelection, and he has a five-point lead over his Democratic rival in the latest New York Times-Siena College polling of the race.

2. Sen. Ted Cruz (R-TX). The Texas senator is widely reviled, even by his fellow Republicans. Former House Speaker John Boehner referred to Cruz as “Lucifer in the flesh,” while Sen. Lindsey Graham (R-SC) said that you could murder Cruz on the Senate floor and no one would bother to convict you for it.

Why is Cruz so loathed? For many people, he’s the kind of obnoxiously ambitious person whose greatest pleasure as a teenager was coming up with novel ways to obstruct Model UN resolutions. On top of that, as conservative Bret Stephens has written, he comes across as “a serpent covered in Vaseline.”

Unfortunately, it looks as though Cruz will cruise to reelection, as Real Clear Politics shows he has an average lead of 6.5 percentage points in polls.

Last month, in the heat of the campaign, Brat was caught on tape bitterly complaining about the treatment he’s received to a woman who had been jailed on drug offenses.

“You think you’re having a hard time — I got $5 million worth of negative ads coming at me,” Brat told the inmate, who had just finished telling him about the struggles she’ll face once she’s released from jail. “How do you think I’m feeling? Nothing’s easy. For anybody.”

The race is a complete tossup, as the most recent polls have shown anything from a two-point Brat lead to a two-point Spanberger lead — and even a perfect tie.

The Putin-loving California lawmaker was named by the FBI as potential “agent of influence” for the Kremlin all the way back in 2012, and his alleged ties to Russian intelligence operatives even forced the House Committee on Foreign Affairs to drastically curtail his travel privileges and hearing requests last year.

The latest NYT-Siena poll shows him losing by a mere point to Democratic rival Harley Rouda, although this result is well within the margin of error and the election is still a definite tossup.

5. Rep. Duncan Hunter (R-CA). Hunter, who was the second congressman to endorse Trump’s candidacy, was indicted on corruption charges this past summer, with charges that included the misuse of $250,000 worth of campaign funds and then falsifying campaign finance records.

In response to the indictment, Hunter gave an utterly disastrous interview to Fox Newsin which he blamed his wife for any alleged improper uses of campaign cash, and also complained that “it’s difficult to live in a place like San Francisco or San Diego or New York or DC” on a congressional salary.

Despite his massive alleged ethical lapses, Hunter is still favored to win on Tuesday, as even Democratic pollsters have found Democratic rival Ammar Campa-Najjar trailing.

6. Wisconsin Gov. Scott Walker. Walker, who made his name attacking labor unions’ collective bargaining rights, has survived for eight years now despite being a top target of organized labor.

That may change this year, however, now that Walker’s signature deal to bring a Foxconn manufacturing plant to Wisconsin has turned into a massive disaster for the state.

As the New Yorker reported recently, Foxconn “recently changed the type of factory it plans to build, downsizing to a highly automated plant” that will employ just 3,000 people — a far cry from the 13,000 manufacturing jobs it originally promised to create.

What’s more, Foxconn estimates that 90 percent of the workers will be “knowledge workers” with college degrees, while the actual manufacturing work will be performed by robots.

All this comes despite taxpayer subsidies to Foxconn that totaled a whopping $4.5 billion, the largest ever given by a state to a foreign corporation.

Most polls show Democrat Tony Evers with a lead over Walker heading into Tuesday, although the highly regarded Marquette University poll gave Walker a one-point edge in late October.