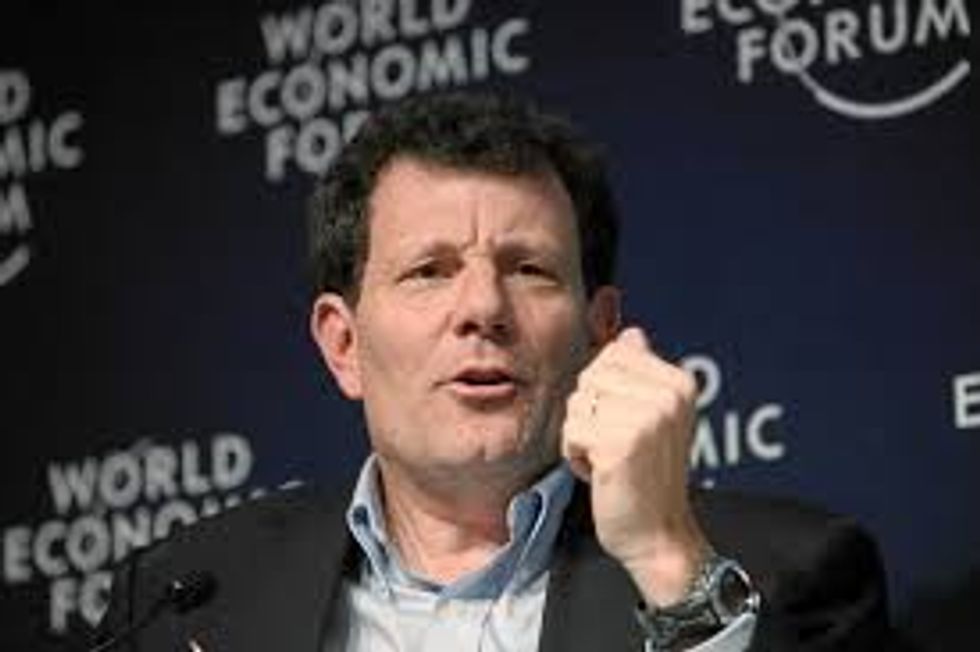 New York Times opinion columnist Nicholas Kristof has issued an invitation to university students to apply for his “2019 win-a-trip contest.” The winner will get to go along with Kristof on a “reporting trip to cover global poverty and social justice issues.”

Kristof writes that he’s “not sure just where we’ll travel, and I’m not even sure that it’ll be abroad. One possibility is India or Bangladesh, another is American Indian reservations in the United States, or perhaps somewhere else entirely like Haiti.”

How fun! A free trip with a two-time Pulitzer Prize winner.

But as a new book reminds us, Kristof is pretty much the last person anyone should be listening to when it comes to poverty or cultures other than his own. In Feminist Accountability: Disrupting Violence and Transforming Power (December, NYU Press), Ann Russo, associate professor of Women’s and Gender Studies at DePaul University, offers an intersectional analysis that includes chapters on “Disrupting Whiteness,” “Shifting Paradigms to End Violence,” and “Disentangling US Feminism from US Imperialism.”

In the last section, “Resisting the ‘Savior’ Complex,” Russo recalls how Kristof—in his 2009 book, Half the Sky: Turning Oppression into Opportunity for Women Worldwide, written with his wife Sheryl WuDunn—”portray[s] the men from the global south as either inherently brutal and violent, or lazy and irresponsible (both constructions synchronistic with the portrayal of men of color and immigrant men from the global south in the dominant culture of the United States).”

Numerous quotations from Kristof’s book, which catalogs the oppression of women and girls in the Global South, illustrate Russo’s assertions. Indeed, it’s easy to imagine Trump heartily agreeing with some of Kristof’s ideas about the inherent vice of certain people from certain countries.

“If poor families spent only as much on educating their children as they do on beer and prostitutes,” Kristof writes, “there would be a breakthrough in the prospects of poor countries.”

“Many African and Indian men now consider beer indispensable and their daughters’ education a luxury,” reads another line. “The service of a prostitute is deemed essential; a condom is a frill.”

As Russo points out, Kristof continually locates “the roots of violence, like poverty, in isolated pathological cultures,” while studiously avoiding “any discussion of the historical and geopolitical context of colonization, imperial interventions, and transnational conflicts.”

“In many poor countries, the problem is not so much individual thugs and rapists but an entire culture of sexual predation,” Kristof asserts. Kristof and WuDunn describe Ethiopia as “where kidnapping and raping girls is a time-honored tradition” and Congo as the “world capital of rape.”

“No doubt the widespread rape and sexual violence against women in the Congo is horrific,” Russo counters, “but [Kristof and WuDunn] explain it as a cultural problem, rather than a social and political [one].” With this myopic focus, they “obscure the role of the United States in fueling this endemic violence and the ongoing instability of the country and thus avoid any consideration of US accountability. For example, [when they discuss the Congo], Kristof and WuDunn do not tell us that our deep dependence on these mineral resources is, in part, what fuels the ongoing conflicts and violence in the region.”

In his win-a-trip contest announcement, Kristof writes that applicants who “don’t look like” him are “welcome.” That may be so. But a pro forma “welcome” can’t erase the impact of the broad strokes with which he has painted whole swaths of people.

This was a problem in 2009. Now, with Trump in the White House, it’s more important than ever to get rid of the myth of the good white liberal savior for once and for all, and stand in opposition to what Russo describes as Kristof’s “ethnocentrist, racist and imperialist logic.”