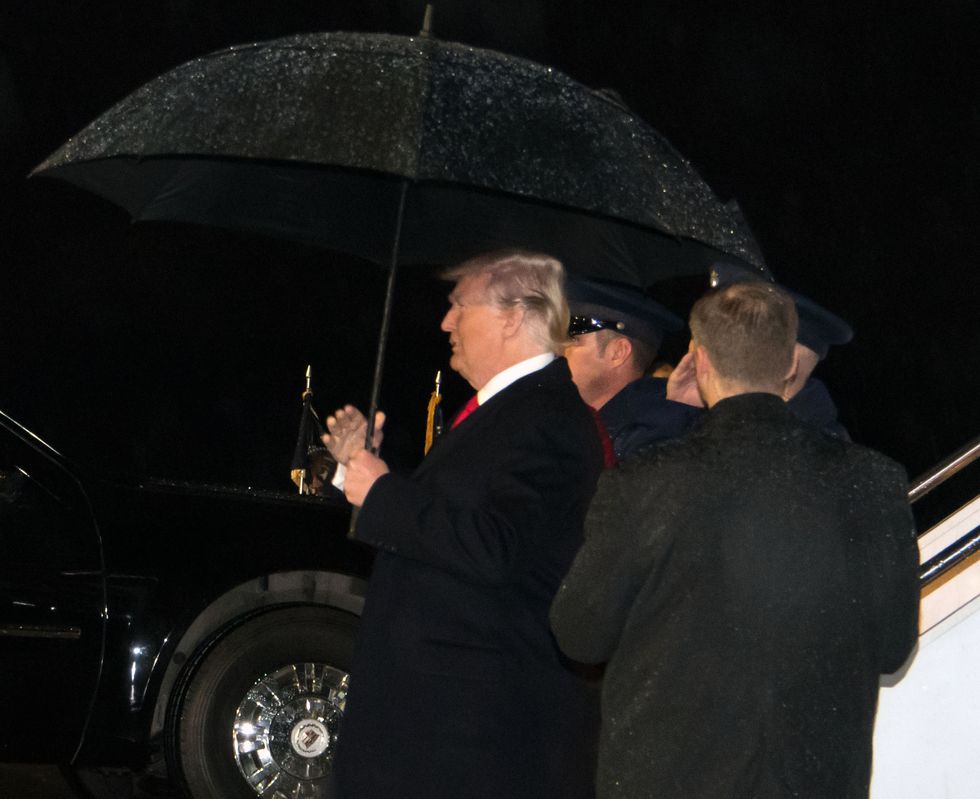 Republicans hoped that the confirmation fight over Supreme Court Justice Brett Kavanaugh could give them a boost in the 2018 midterms, but as those debates fade from memory and many polls have tightened with the elections draw nearer, it seems increasingly certain that the Democrats will win back control of the House of Representatives.

And according to a new report from Vanity Fair's Gabriel Sherman, that realization has "darkened" the mood in the White House.

The arrest of Trump supporter Cesar Sayoc for allegedly sending more than a dozen pipe bombs to the president’s political enemies, in addition to a horrific mass shooting at a Pittsburgh synagogue by an avowed white nationalist, completely upended the dynamic. As The New York Times’s Peter Baker recently noted, Trump has been frustrated by his own inability to control the news cycle. Meanwhile, Fabrizio has leveled with the president’s advisers that Democrats will take the House, the source briefed on the polling told me. Trump has responded to this worsening political environment with extreme frustration. “He was really upset the momentum had been killed by the pipe bombs,” one Republican close to the White House told me. Another former White House official in touch with colleagues said that Trump’s mood has been grim. “The president is self-destructing,” the official said.

This reporting is corroborated by some of Trump's own public statements. Even as the investigation into the mail bomber continued, Trump was bemoaning on Twitter the fact that it had hurt his party's "momentum." And he told reporters explicitly that he was concerned that coverage of the bombs took away from the political issues.

It's not clear how real the GOP's momentum or the so-called "Kavanaugh bump" ever were — electoral projections have consistently suggested that Democrats were most likely to win the House, a result that has been pre-figured by a number of special elections results throughout the year.

But Trump probably bought his party's own spin, and it really does seem he's growing desperate and frustrated as the midterms approach. He's lying even more brazenly than usual, inventing non-existent health care plans and tax cuts in an effort to manipulate voters. Meanwhile, he continues to stoke fears about the Central American caravan, despite the fact that it is hundreds of miles away from the U.S. border and unlikely to pose a serious threat.

It seems to be Trump's view that he won in 2016 by doubling down on race-baiting and anti-immigration rhetoric, not in spite of this fact. This view is borne out in Trump's latest suggestion that he could unilaterally reverse birthright citizenship, another frantic plea at ginning up base support. But this move makes him look particularly desperate, especially as House Speaker Paul Ryan — and countless constitutional scholars — has made clear that the president doesn't have this power. And since American support for immigration has actually spiked to record highs under Trump, this bigoted effort may prove to have been a historic mistake.