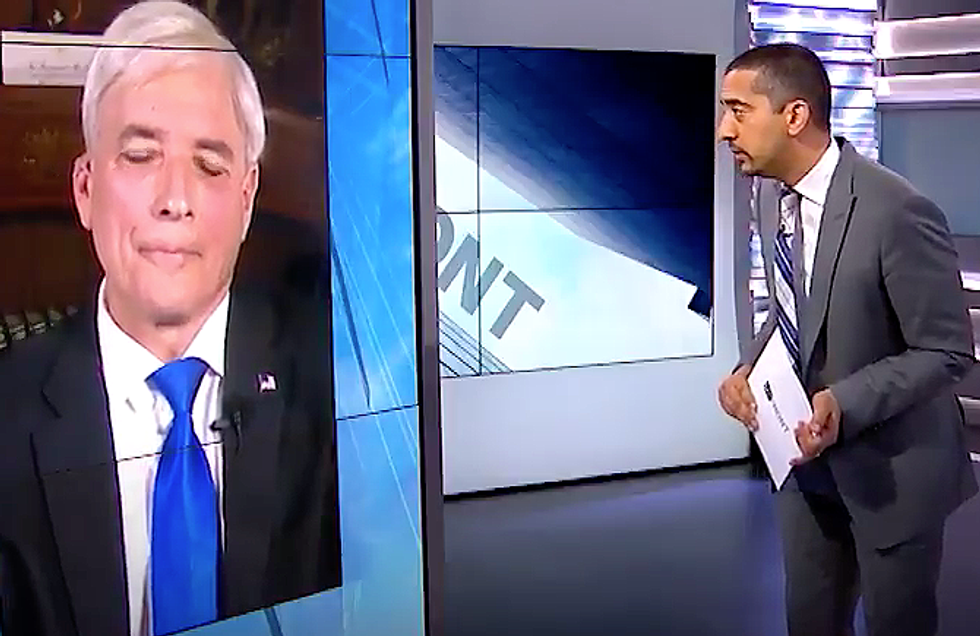 CNN’s Jim Acosta lost his White House press credentials after a testy exchange with President Donald Trump at a post-midterms press conference, where Trump accused him of being a “rude, terrible person.” But truth be told, Acosta was very polite—especially in comparison to the aggressive, no-nonsense grilling that Steven Rogers (an advisor for Trump’s 2020 campaign) recently received from Al-Jazeera’s Mehdi Hasan.

Posting a video of his interview with Rogers on Twitter, Mehdi wrote, “Hey U.S. media folks, here, I would argue immodestly, is how you interview a Trump supporter on Trump’s lies.”

It was obvious during the interview that Rogers wasn’t talking to Fox News’ Sean Hannity when Hasan (who was born and raised in the U.K. but is now based in Washington, DC) asserted that “the president lies daily, multiple times.”

Hasan cited several examples, including Trump’s claim that the U.S. is the only country in the world that offers birthright citizenship. Mehdi demanded to know if Trump’s claim was “true or false,” and Rogers responded that it was a “misstatement” without admitting that it was a lie.

“There were no riots,” Hasan stressed. “He was just making it up.”

Hasan cited other Trump fabrications as well, including his claim that U.S. Steel would be opening six new steel mills as a result of his economic policies.

“There is no evidence of six new steel mills,” Hasan stressed. “He just made it up.” And Rogers couldn’t offer any evidence to the contrary, responding only that “the American people are doing well.”

Hasan told Rogers, “I’ve just put to you multiple lies, and you’ve not been able to respond to any of them.”

In addition to his work with Al-Jazeera English, Hasan (a Shiite Muslim who is a strong proponent of secular government) hosts the “Deconstructed” podcast for The Intercept.