'Pissed at damn near everyone': Trump is reportedly mortified that the first lady pressured him to fire a top adviser 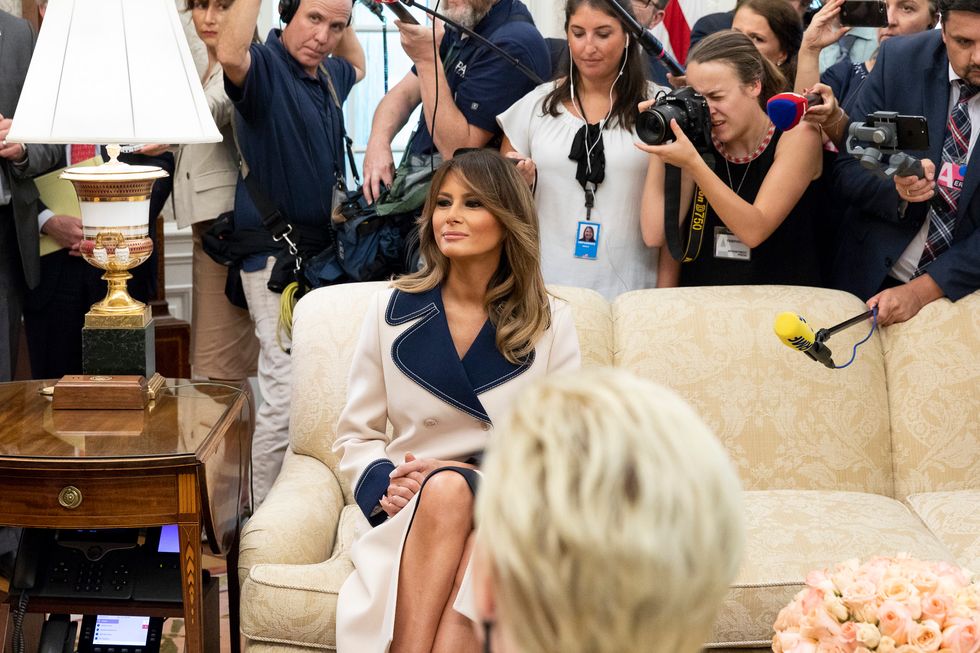 First Lady Melania Trump issued a stunning statement this week, directly calling on her husband to oust top national security aide Mira Ricardel. And according to a new report from CNN, President Donald Trump is not happy about it.

“It is the position of the Office of the First Lady that she no longer deserves the honor of serving in this White House,” Stephanie Grisham, a spokeswoman for the first lady, said of Ricardel in a statement Tuesday. Animosity between two reportedly arose over a dispute about Melania Trump's visit to Africa. But issuing a statement calling for an administration official to be fired before any such announcement has been made by the White House was an extraordinary move, regardless of personal tensions.

CNN reported that the first lady's statement caught the president off guard and that he was "furious" she put him in this position. He thought it "made him look like a bossed-around husband," Jake Tapper reported.

"He feels that these aides who don't report to him have thrust this internal staffing matter into public view, and it has dominated headlines now — something the president doesn't like," reporter Kaitlan Collins told Tapper. "And he also feels that by this statement coming out, calling for the firing of a top national security aide, the president feels backed into a corner."

“Mira Ricardel will continue to support the President as she departs the White House to transition to a new role within the Administration. The President is grateful for Ms. Ricardel’s continued service to the American people and her steadfast pursuit of his national security priorities," she said.

However, Sanders would not say which position she will be moving into.

"No one in the White House has been able to say where Mira Ricardel is going," reported Collins.

Tapper noted that it's not just the first lady who has irritated the president in recent days. Multiple reports have found that Trump has been wallowing in anger over the past week as the returns from the midterm elections have looked increasingly disastrous for his party. One White House source told CNN that he's "pissed at damn near everyone."