Our post-9/11 wars have cost nearly $6 trillion - far more than the Pentagon has acknowledged: report 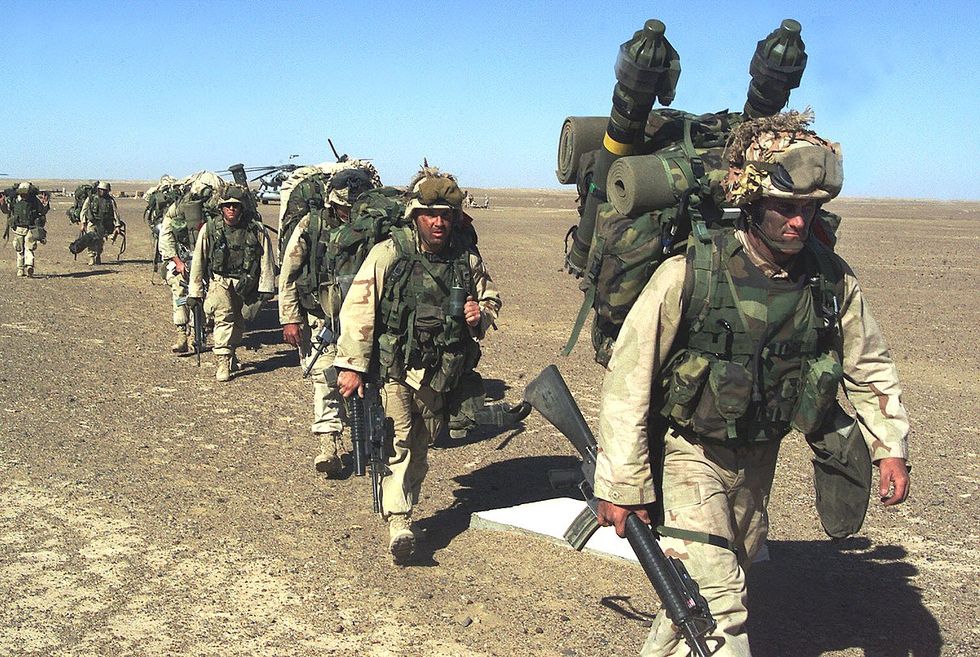 While the human costs will remain impossible to calculate, a new analysis shows that the Pentagon barely scratched the surface of the financial costs of U.S. wars since September 11, 2001 when it released its official estimate last August regarding how much the U.S. has spent on fighting in Iraq, Afghanistan, Pakistan, and elsewhere.

The Watson Institute for International and Public Affairs reports (pdf) that by the end of the 2019 fiscal year, the U.S. will have spent $5.9 trillion on military spending in Afghanistan, Iraq, Syria, and other countries, as well as veterans' care, interest on debt payments, and related spending at the Homeland Security and State Departments.

The figure far exceeds the Pentagon's estimate of $1.5 trillion in total spending since September 11—a number that does not even account for combined State Department spending and the Pentagon's war fund, which totals $1.8 trillion according to the Watson Institute.

"We were told to expect wars that would be quick, cheap, effective and beneficial to the U.S. interest," said Neta Crawford, the author of the study, at a news conference hosted by Sen. Jack Reed (D-R.I.) on Tuesday. "The U.S. continues to fund the wars by borrowing, so this is a conservative estimate of the consequences of funding the war as if on a credit card, in which we are only paying interest even as we continue to spend."

Veterans' healthcare, benefits, and disability spending alone has cost the U.S. $1 trillion, as nearly three million Americans have deployed to countries including Iraq and Afghanistan since 2001, many for numerous tours.

With spending continuing at its current level, the study reads, Americans can expect their government to spend more than $6.7 trillion on war by the end of 2023—not including future interest costs.

"Moreover, the costs of war will likely be greater than this because, unless the U.S. immediately ends its deployments, the number of veterans associated with the post-9/11 wars will also grow," Crawford wrote in the report.

The Watson Institute's latest report comes days after another study detailing the estimated death toll of the so-called "War on Terror." The Defense Department reported on about 500 civilian deaths in 2017 in various U.S. wars earlier this year and its website reports several thousands deaths of U.S. soldiers since 2001—numbers the Watson Institute also found to be severely underestimated as it reported about half a million deaths in Afghanistan, Iraq, and Pakistan as a result of the U.S. invasions and prolonged occupations of those countries.

"It's important for the American people to understand the true costs of war, both the moral and monetary costs," Senate Armed Services Committee ranking member Sen. Jack Reed (D-R.I.) said in a statement.

"In sum, high costs in war and war-related spending pose a national security concern because they are unsustainable," reads the Watson Institute's report. "The public would be better served by increased transparency and by the development of a comprehensive strategy to end the wars and deal with other urgent national security priorities."