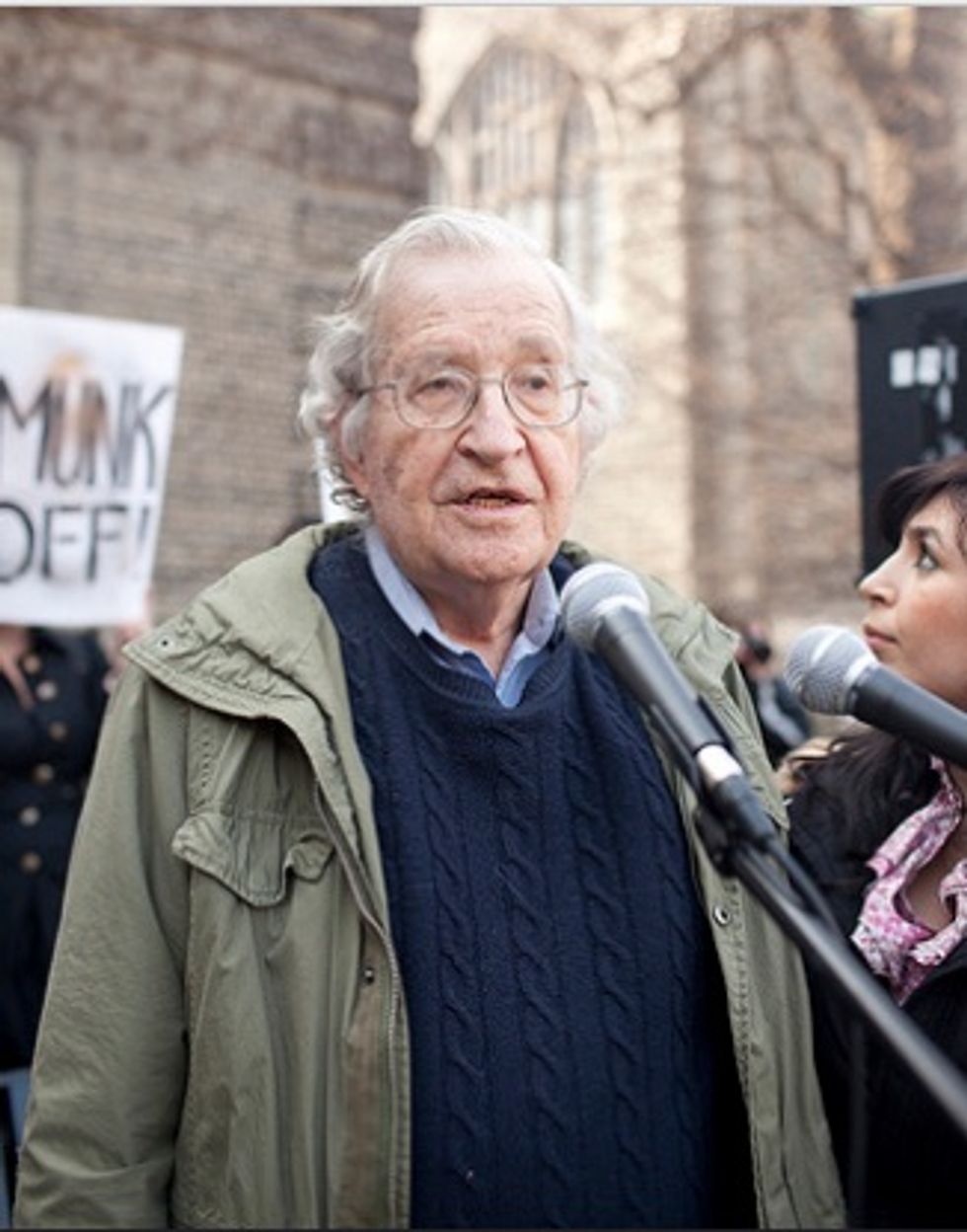 In a video uploaded at Democracy Now!, linguist and social commentator Noam Chomsky lashed out at Republicans — and President Donald Trump in particular — over their failure to deal with climate change.

Using California’s Camp Fire as a jumping off point, Chomsky began, ” the IPCC, the international group of scientists monitoring climate change, came out with a very ominous report warning that the world has maybe a decade or two to basically end its reliance on fossil fuels if we’re to have any hope of controlling global warming below the level of utter disaster.”

Noting that opening up the”Amazon to further exploitation will be another serious blow at the prospects of survival of organized human society,” Chomsky then bashed the Trump administration for plans to increase fracking and ease auto emissions standards for the most cynical of reasons.

“They [the Trump administration] had a very logical argument,” Chomsky explained. “They said if we extrapolate current trends by the end of the century, the climate will have warmed several degrees centigrade, meaning a huge rise in sea level, which they underestimate. So, basically, we’re going over the cliff anyway, and automotive emissions really don’t add much to this, so there’s no point cutting them back.”

“The assumption of the department is that everyone in the world is as criminally insane as we are, and isn’t going to do anything about it,” he charged. “And since—on that assumption, yeah, let’s just rob while the planet burns, putting Nero into the shade—he only fiddled while Rome burned. I can’t think of anything like this in human history. You just can’t find words to describe it. And at the peak of the monstrosity is, in fact, the Trump administration.”

“We should recall that Trump himself, as I mentioned, is a firm believer in global warming,” he reminded. “Recently, he applied to the government of Ireland for permission to build a huge wall, one of his famous walls, this one to protect a golf course of his in Ireland, which, as his plea indicates, is threatened by sea level rise as a result of global warming. You take a look at the big banks, JPMorgan Chase and the others. They’re increasing their investments in fossil fuel development. The energy corporations are working all over the world to try to find new resources that destroy the environment.”

“It’s as if we’re kind of like the proverbial lemmings just happily marching off the cliff, led by leaders who understand very well what they’re doing, but are so dedicated to enriching themselves and their friends in the near future that it simply doesn’t matter what happens to the human species,” Chomsky lamented. “There’s nothing like this in all of human history. There have been plenty of monsters in the past, plenty of them. But you can’t find one who was dedicated, with passion, to destroying the prospects for organized human life. Hitler was horrible enough, but not that.”

You can watch the video below. The linguist makes his climate change statements at 32-minute mark.