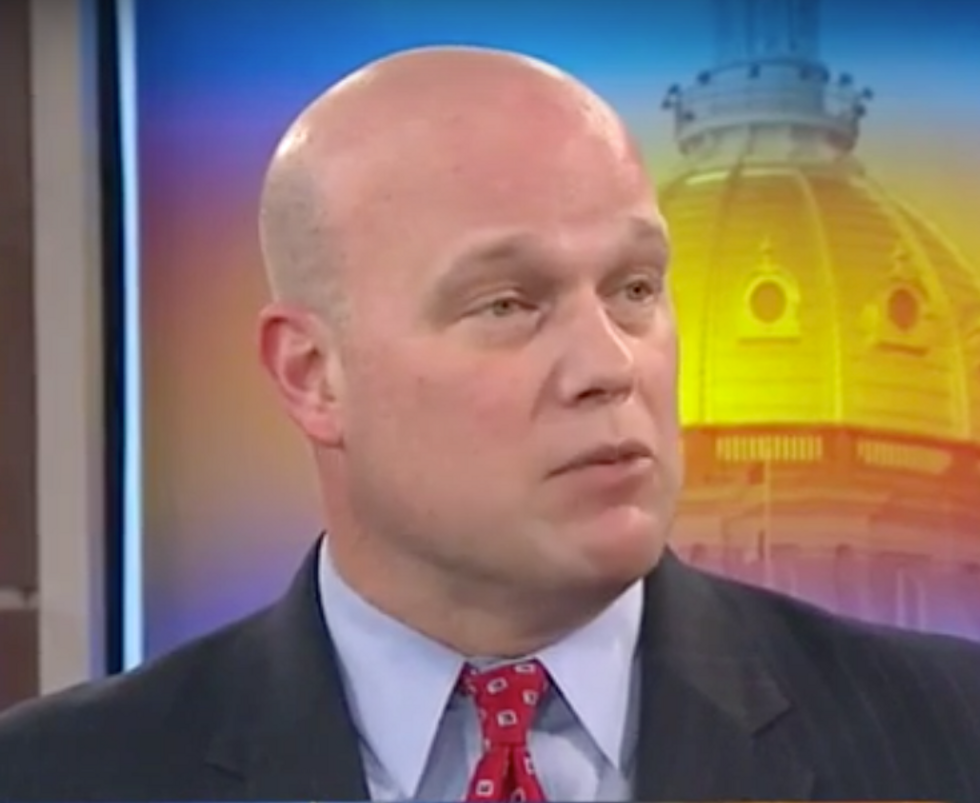 The bombshell of Michael Cohen pleading guilty Thursday to coordinating with Russian officials on President Donald Trump's behalf during the 2016 election was an explosive addition to an already damning set of facts against the president.

But a new detail about the development in a Washington Post report suggests that Trump has gained a key piece of leverage over Mueller. The Post reports:

The plea is likely to further chill relations between the White House and the Justice Department, where acting attorney general Matthew G. Whitaker has been serving for several weeks since the president forced out attorney general Jeff Sessions.

Justice Department policies and special counsel regulations call for the attorney general to be notified of significant events in such investigations, and a person familiar with the case said Whitaker was notified ahead of time about Cohen’s plea.

When Whitaker was first appointed after Attorney General Jeff Sessions was summarily dismissed, it was immediately viewed as an attempt by Trump to interfere in the investigation. Many have objected that Whitaker's appointment violated the Constitution, and he is thus not a legitimate attorney general. But even if he is legitimate, there is a very strong case that Whitaker should recuse himself from overseeing the investigation.

The fact that he was reportedly notified about the newest Cohen plea, however, reveals that he hasn't recused. In overseeing the investigation, Whitaker will be informed of any major steps the prosecutors take, and he has the opportunity to veto those steps.

"If true, that means that Whitaker has been cleared by ethics officials (or had rejected recommendation to recuse), even though DOJ won’t comment on this," said former federal prosecutor Daniel Goldman. "This is a significant development."

It's not certain that Whitaker will use this power to corrupt the probe. However, it seems clear that Trump appointed him specifically for this purpose. The fact that the Cohen plea proceeded, and that it looks so damning for Trump, indicates that Whitaker may not feel fully empowered to protect the president, whatever his original intentions in taking the attorney general position were.