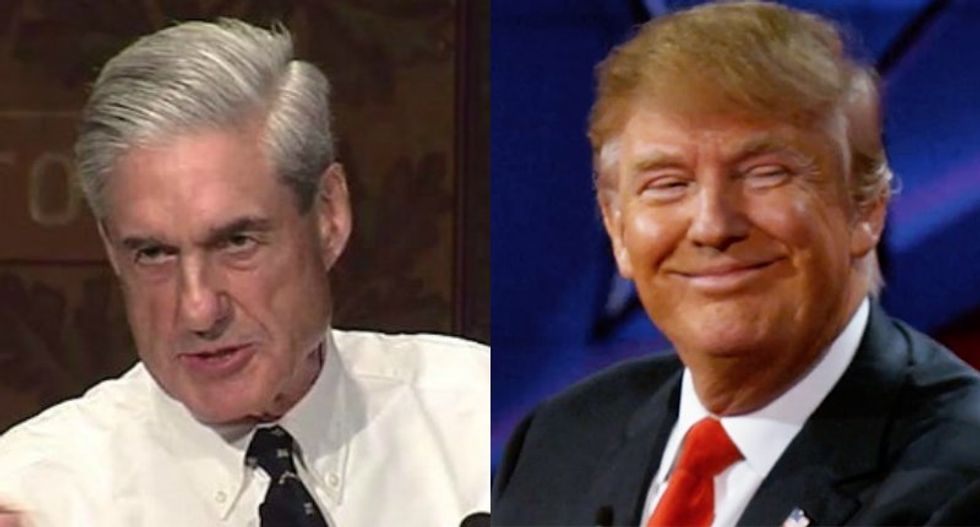 As critical as President Donald Trump has been of Special Counsel Robert Mueller’s Russia-related investigation—which he has repeatedly denounced as a “witch hunt”—he has submitted written responses to questions from Mueller. Exactly what the president said in his responses remains unclear, but according to CNN, those responses may offer some valuable insights on two key aspects of the investigation: WikiLeaks’ involvement, and the 2016 Trump Tower meeting with Donald Trump, Jr., campaign officials and a Russian attorney allegedly offering negative information on Democrat Hillary Clinton.

CNN has not obtained a full readout of Trump’s answers to Mueller’s questions, and a Mueller spokesman declined to comment when contacted for the November 28 article on the investigation. But CNN spoke to some anonymous sources, one of whom said that according to Trump’s responses, veteran GOP operative Roger Stone didn’t tell him anything about WikiLeaks or the Trump Tower meeting in 2016.

Another anonymous source told CNN that Trump, in submitting his responses to Mueller, stressed that he was answering to the best of his recollection. That assertion is one of the ways in which witnesses in legal cases try to give themselves some possible protection if their recollections are challenged.

Carrie Cordero, a legal analyst for CNN, is quoted as saying, “It’s well-documented how frequently (Trump) says or tweets false things, and there’s no criminal exposure for that. The difference is: if he lies in his statement to federal investigators, he is potentially exposing himself to criminal liability, assuming he attested to the accuracy of the information.”

Stone has become a key figure in Mueller’s probe, with investigators trying to determine whether or not the long-time Trump ally had, in 2016, any advance knowledge of WikiLeaks’ plans to publish the hacked e-mails of the Democratic National Committee (DNC) or John Podesta (Clinton’s 2016 presidential campaign chairman).

Stone has denied having any advance knowledge of WikiLeaks’ plans, stressing that he “never discussed” the matter with Donald Trump during the 2016 campaign. Stone recently told CNN that WikiLeaks is “one of the questions that Mr. Mueller wants the president to answer, one of the written questions. I’m highly confident that his answer will be that he knew nothing about it. We just never discussed it.”

In July, the president tweeted that he “did NOT know of the meeting” at Trump Tower in 2016  “with my son Don, Jr.” And Donald Trump, Jr. has said that he did tell his father about the Trump Tower meeting in advance.