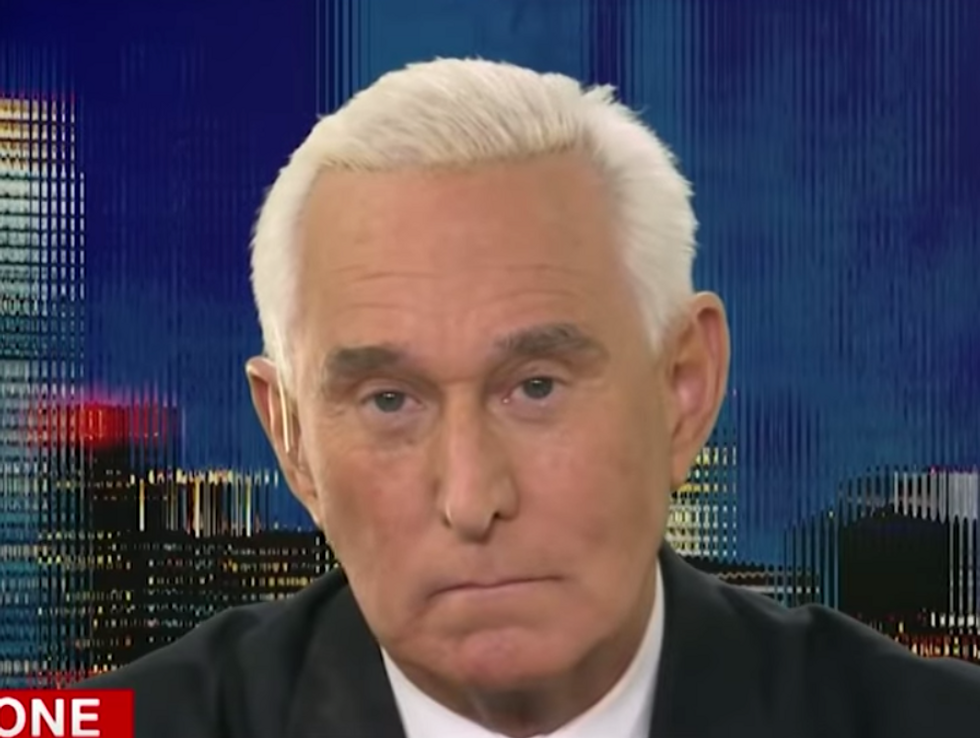 The fate of Special Counsel Robert Mueller’s Russia-related investigation is in question now that President Donald Trump has fired Attorney General Jeff Sessions and replaced with him loyalist Matthew Whitaker, who has been a vocal critic of the probe. But Mueller’s investigation continues for the time being—and CNN is reporting that Mueller’s team is now taking a close look at long-time Trump ally Roger Stone’s communications with WikiLeaks’ Julian Assange and the Trump campaign during the 2016 presidential election.

Stone has said that during the election, he communicated with Assange indirectly via an “intermediary,” “mutual acquaintance” or “back channel.” Stone has also said that he spoke to Trump an average of once per week during the campaign, and Mueller’s team is investigating whether or not Stone shared information he believed to be from WikiLeaks with Trump’s campaign.

In a November 14 post on Twitter, CNN’s Andrew Kaczynski posted, “New by @kfile and @chrismassie: Roger Stone repeatedly claimed he had regular contact with Donald Trump and his campaign while touting WikiLeaks connections.”

CNN’s KFile has been reviewing Stone’s 2016 media appearances—specifically, those that took place after he alleges that he started communicating indirectly with WikiLeaks via an intermediary. Stone, during those 2016 appearances, does not specifically say whether or not he discussed WikiLeaks with Trump or members of his campaign. However, he often says that he was in touch with both Trump and WikiLeaks during that period.

In an August 4, 2016 interview, for example, Stone noted that he had recommended Trump hire veteran political operative Paul Manafort as his campaign manager—and Stone also alleged, “Julian Assange is going to continue to drop information on the American voters that is going to roil this race.” Manafort, who was convicted of eight criminal charges in August (including bank fraud) as a result of Mueller’s investigation, is now cooperating fully with the special counsel’s team in exchange for leniency.

In a September 16, 2016 interview for Boston Herald Radio, Stone said he was in touch with Assange “through an intermediary.”

In one of the communications, Credico told Stone that he had received a subpoena from Mueller—and Stone responded, “Waste of your time. Tell him to go fuck himself.”

In a separate message, Stone wrote, “Everyone says u are wearing a wire for Mueller.”

Mueller, according to CNN’s sources, is trying to determine whether or not Stone was trying to intimidate Credico—which, if true, could constitute witness tampering or obstruction of justice.

Stone has denied that he ever tried to intimidate Credico, telling CNN, “To take three text messages out of thousands really shows no context. These are the late-night ravings between two grumpy old men who have been friends for almost 20 years.”