MSNBC's Rachel Maddow on Trump Firing Jeff Sessions: This Was 'Done Out of Fear' 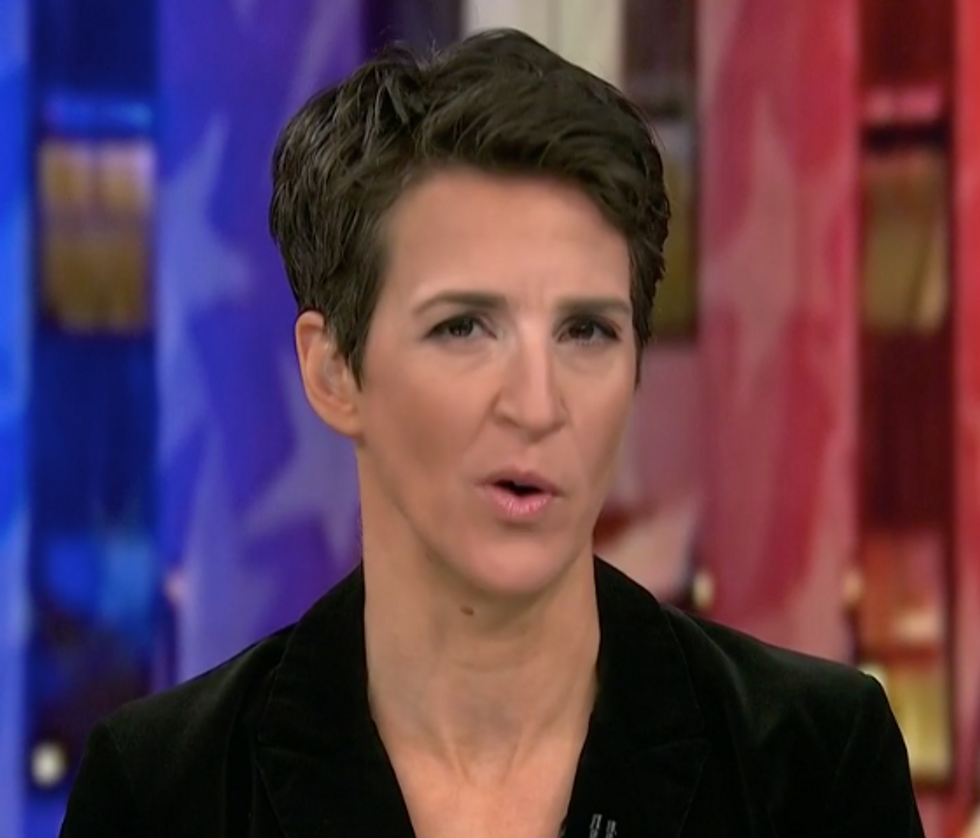 MSNBC's Rachel Maddow noted that there's a striking parallel to President George W. Bush's firing of Defense Secretary Donald Rumsfeld after the 2006 midterm elections. Rumsfeld had completely botched the Iraq War, and the voters sent a decisive blow to the Republican Party at the ballot box — so Bush, in turn, took the reasonable step of firing Rumsfeld the next day.

But what's most interesting about the parallel firings is that they were carried out for completely opposite reasons. One was to appease the voters, and the other was to undermine the voters' clear message, as Maddow explained.

She continued: "The president firing Attorney General Jeff Sessions today appears to be a defensive move to try to stop the special counsel's investigation before Democrats get sworn in for the new Congress — whereupon they would have power through their control on Capitol Hill to protect that investigation."