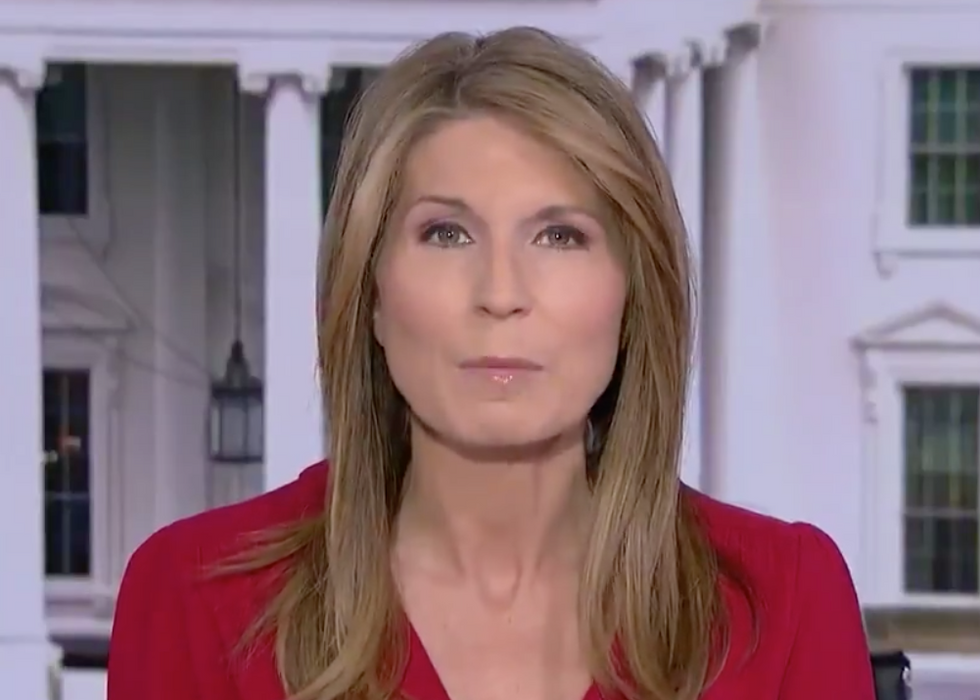 MSNBC's Nicolle Wallace observed Friday on her show "Deadline: White House" that the chasm between former President Barack Obama's campaigning and President Donald Trump's style couldn't be larger. While Trump whips up the fears and resentment of his audience, Obama appeals to their hopes. When protestors heckle Obama, he is respectful and empowered — whereas Trump suggests the dissenters should be punched in the face.

"On Tuesday night, we'll have the answer to this question: Are attacks on immigrants, racist dog whistles, and efforts to stoke fear effective as a closing message?" Wallace asked. "Donald Trump, a self-described master of branding, is doing his best to brand the GOP as all in on nationalism and xenophobia."

She noted that the New York Times reported this week that it was Trump's call for the party to go all in on his most incendiary themes — and many believe it will cost them dearly.

"But Donald Trump, undaunted and clearly desperate to rile up his most faithful supporters is striking all his usual divisive notes on the campaign trail," she said. His words "stand in stark contrast to former President Obama's message on the stump today for Florida gubernatorial candidate Andrew Gillum," she added.