Under Mitch McConnell's plan, this GOP Senate candidate could get a seat even though she lost the election: report 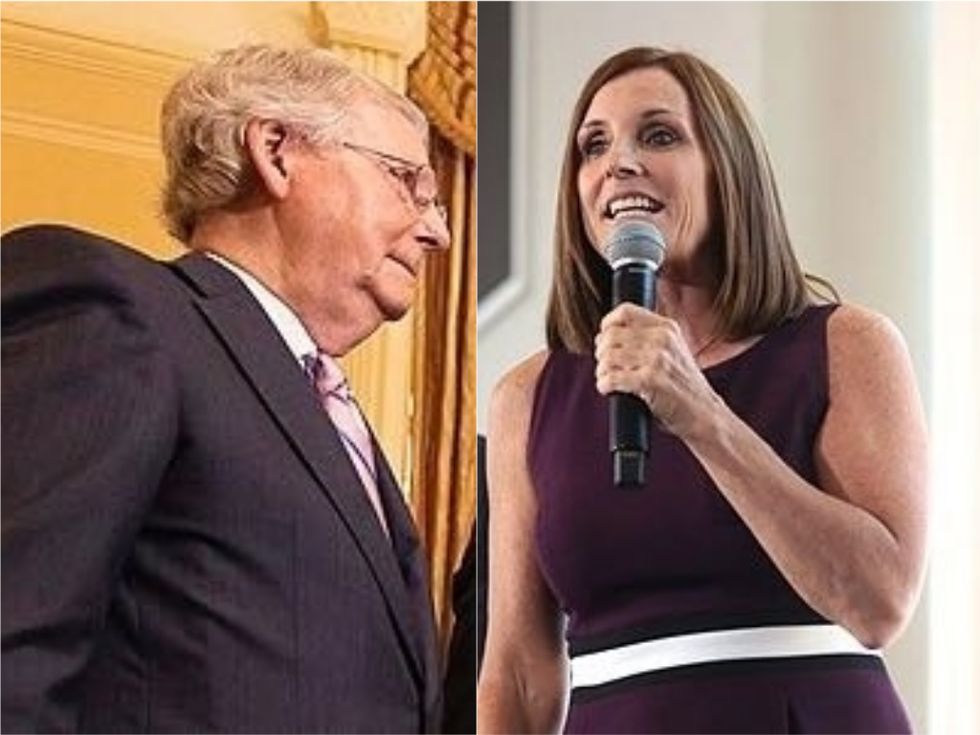 In the process, Sinema, a former social worker and attorney, beat a top-tier Republican recruit in Rep. Martha McSally, a former Air Force combat pilot. But incredibly, even though McSally lost her race, she could still end up representing Arizona in the Senate — at least, if Republican Leader Mitch McConnell (R-KY) gets his way.

According to a report from CNN, McConnell is now pressuring GOP Arizona Gov. Doug Ducey, who just won a second term handily in his race against Democrat David Garcia, to appoint McSally to Arizona's other Senate seat.

This seat was previously held by Sen. John McCain, who passed away in August after a battle with brain cancer. To serve out the rest of McCain's term through 2020, Ducey appointed Jon Kyl, the retired Senate Minority Whip who previously served in Sinema's seat from 1995-2013, and who was acting as a liaison for the confirmation of Brett Kavanaugh to the Supreme Court earlier this year. Kyl, however, hinted that he might only serve in the Senate until January, leading to speculation that Ducey would appoint McSally in his place if, as happened, she lost her race for the other seat. McConnell's push is the clearest signal yet that this is the GOP's intended ploy.

Kyl, for his part, has denied leaning on Ducey to replace him with McSally, but told CNN that she "would be a very good member of the United States Senate, however she got there."

If this appointment were to go through, it would create the unique situation of both the winner and loser of Arizona's Senate race serving together in the Senate. It would be at odds with the will of Arizona voters. And McSally's prospects of winning a full term in 2020 would be challenging, given that appointed senators generally do not get the same polling advantage that elected incumbent senators do.

Much is still up in the air. But Arizona's Senate delegation is in a bizarre situation — and it is clear that McConnell and GOP leadership think it can be turned to their advantage.