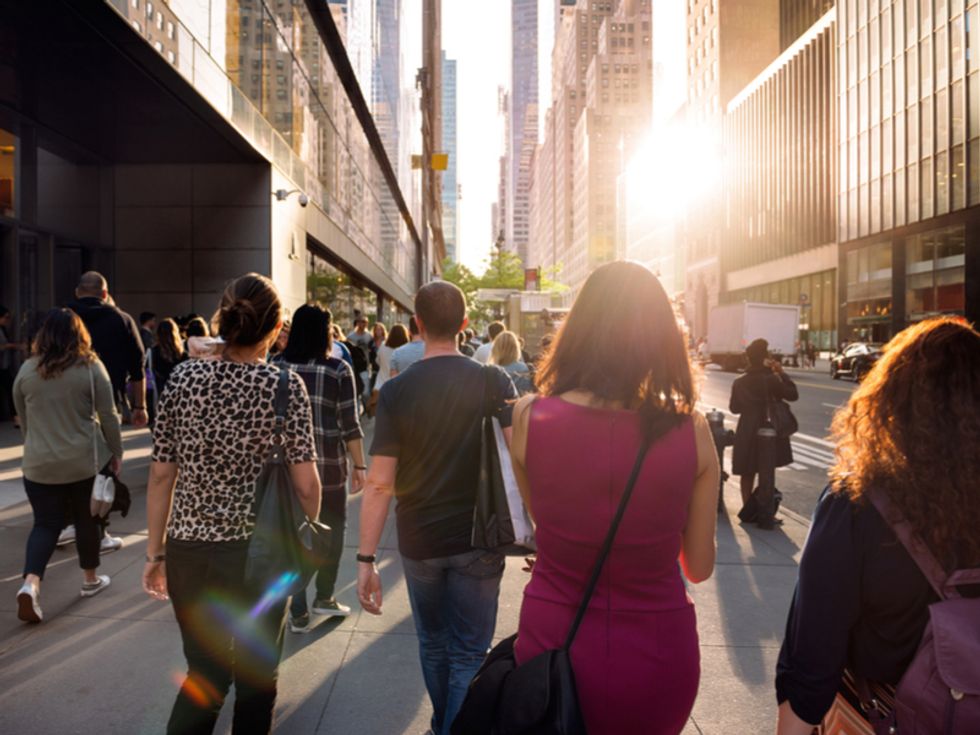 Now we know why the GOP is truly terrified of Medicare for All; it will wipe out the Republican Party’s control of the House, Senate, White House, and most state governments. Because it could make it very easy for every citizen over 18 to vote.

Here’s how it works.

In Canada, every citizen has a Canadian government-issued “Health Insurance Card” (you can see Quebec’s card at the link). It’s largely only available to citizens, as all citizens are eligible for the Canadian Medicare system; everybody else has to work out other insurance options (yes, there are insurance companies in Canada). And in most provinces, the card has your photo and works as an ID card as well as a driver’s license or passport.

And the Canadian government also explicitly says right here on Quebec’s elections website that your Medicare card is also your first-choice voter ID card. An American version could work identically, perhaps with a star or hologram or other mark to identify citizens as opposed to Medicare-eligible permanent residents, etc.

As Tarek, a Canadian listener to my radio/TV program, shared with me this week:

“Here in Canada, citizens and permanent residents alike are covered by publicly funded health care that is administrated through the provinces, whereas temporary residents must be covered via other means, namely buying private health insurance.

“Since it is in everyone’s best interest to be have ‘free’ health care coverage, unlike other government issued identifications, such as driver’s license...etc, the vast majority (if not all) Canadians from all socioeconomic backgrounds make sure to obtain their health cards, which can be used as an official photo ID for flying domestically, buying alcohol and more importantly voting!”

Here in the U.S., ever since Jim Crow, racist white “conservatives” have used a variety of means to prevent poor people, people of color, low-income working people, students, and older people from voting. Techniques have varied over the years, starting with poll taxes and so-called “literacy tests,” and now are carefully calibrated by cutting voting sites, reducing early voting, and even disenfranchising North Dakota’s Native American population.

The GOP stepped up their voter suppression game in 1980 when Heritage Foundation, ALEC, and Moral Majority co-founder and Reagan campaigner Paul Weyrich famously said, “I don’t want everybody to vote. Elections are not won by a majority of people; they never have been from the beginning of our country, and they are not now. As a matter of fact, our leverage in the elections, quite candidly, goes up as the voting populace goes down.”

In that, he was following on an old Republican strategy of caging and polling-place intimidation, which earned William Rehnquist his rock-star status in the GOP back in the 1960s.

This is still the GOP game plan, although they’ve turned it into an art form. First, they spent a decade whipping up fear about “voter fraud”—brown people from Mexico voting in our elections, something that happens as often as 5 or 6 times per election cycle nationally (as opposed to over 130 million citizens voting). Then, they use this non-threat to pass voter ID laws that make it hard for people who don’t drive (old age, can’t afford a car, live in a big city and use public transportation, or live on campus) to vote.

For example, in the run-up to 2012, Pennsylvania House Leader, Republican Mike Turzai, declared, “Voter ID, which is going to allow Governor Romney to carry the state of Pennsylvania: Done!”

While it didn’t quite work out that way in 2012, the Pennsylvania GOP came back in 2016, along with 26 other Republican-controlled states, to purge over 16 million people from the voting rolls nationally… helping give Pennsylvania (along with Michigan, Iowa, and Wisconsin, according to Paul Waldman in the Washington Post) to Donald Trump by razor-thin margins far smaller than the number of voters purged and/or turned away at the polls.

Meanwhile, another estimated 2 million Americans tried to vote but were turned away for lack of the proper ID in 2016.

Republican voter suppression is thriving in the U.S.: The Brennan Center documents a 33 percent increase in voters purged during the 2014-1016 election cycle (16 million), compared with the 2006-2008 cycle (12 million purged), as the GOP has made ID and purges (along with fear mongering about brown-skinned people) their main electoral strategy. In just the past year, as many as an additional 14 million voters have been purged from rolls nationwide, while over the past two decades every Republican-controlled state has introduced rigid ID laws.

But with a national ID system in place that’s universally used because it’s the key to getting your health care and medications, there’s no need for “voter registration” and thus no ability for the GOP to purge voters. Voter registration, after all, is a practice we largely got after the Civil War because Southern white politicians warned of “voter fraud” being committed by recently freed black people, and some Northern states used it to prevent poor whites from voting.

In some places in the United States, voter registration just never caught on: North Dakota never bothered to put such a system into place; you just show up at the polls with ID to prove you’re both a citizen and resident, and vote. And with a national Medicare for All ID, every citizen could easily vote, everywhere.

Republicans have aggressively opposed a national health care program for the United States ever since Harry Truman first proposed it in his November 19, 1945 address to Congress. We’re literally the only developed nation in the world without such a system. But its popularity is well over 50 percent in America right now, and growing rapidly among voters across the political spectrum; this is something that’s politically possible in the very, very near future.

In the past, GOP opposition generally revolved around their belief that everything from water to septic to roads to prisons to health care should be run to make somebody rich, and to hell with “the public good.”

But it’s a virtual certainty that the deep-dive think tanks and “wise elders” of the GOP also know how easy it is to vote in Canada and other developed countries, in very large part because of the national ID card that Canada’s (and most of Europe’s) Medicare for All programs provide at great ease and no cost.

Thus, the Medicare system’s threat to GOP voter suppression systems may be the largest reason they’ve spent so many hundreds of millions of dollars fighting single-payer in the U.S.

In most elections, in most states, and nationally in the U.S. House of Representatives, Democrats win more votes, but Republicans remain in charge, because of gerrymandering made possible by voter suppression at the state level. Even the Senate is held in some red states purely because of voter suppression, leaning heavily on restrictive voter ID laws.

And, at the state level, in many—perhaps a majority—of the so-called “red states,” Republicans hold control of state legislatures and governors’ offices only because of voter suppression, ranging from voter-roll purges to voter ID laws.

If all U.S. citizens had a free national ID that could also be used to vote, it wouldn’t take long for both Congress and most states to flip back from red to blue like they were during the Carter presidency, before the GOP started their “voter fraud” hysteria and began passing voter suppression laws.

With the GOP out of power at the state level, Democrats (and the few remaining ethical Republicans) could replace gerrymandering with good-government solutions like the non-partisan district-drawing commission put into place by California.

After that, it’s only necessary to clean up the handful of states that won’t let ex-felons vote (they’ll have a Medicare ID card, after all), to produce a clean, efficient, and fraud-free national elections system.

Then America will have joined the rest of the developed world, in having both a national health care system and a functioning democracy.