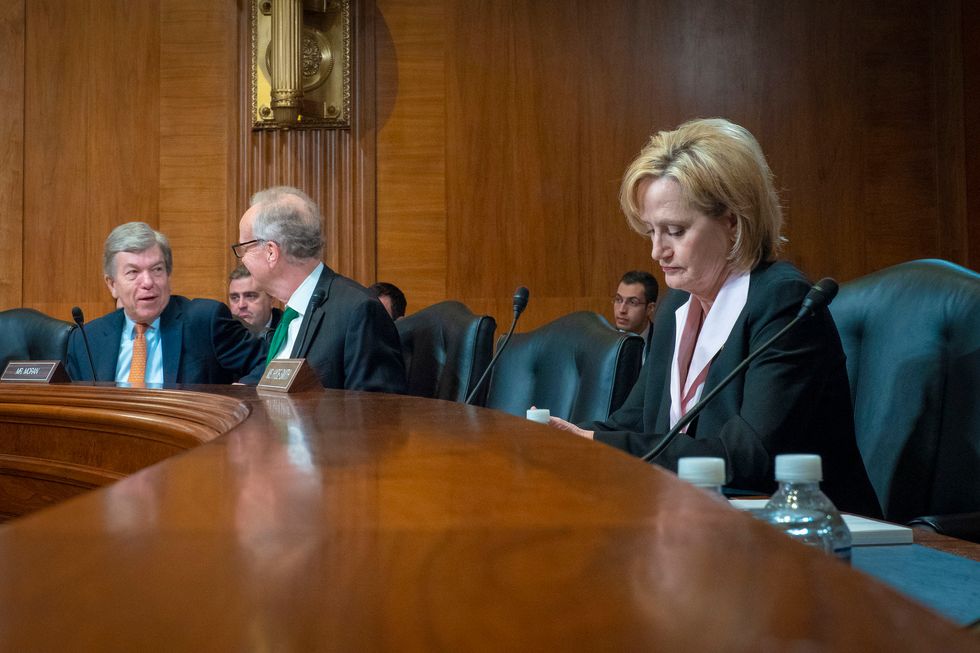 Sen. Cindy Hyde-Smith, who is competing with Democratic candidate Mike Espy in a runoff election in Mississippi’s U.S. Senate race, has come under fire for her use of the term “public hanging.”

Hugging a cattle rancher during a recent campaign event, the 59-year-old Hyde-Smith gushed, “If he invited me to a public hanging, I’d be on the front row.” Hyde-Smith was being rhetorical, but Espy—who is African-American—asserted that the remark was “tone deaf” in light of Mississippi’s history of lynching, while the NAACP’s Derrick Johnson denounced the comment as “sick.” And history and linguistics professors have been weighing in as well, analyzing Hyde-Smith’s use of the term “public hanging” as a rhetorical device.

Hyde-Smith hasn’t apologized for her comment, insisting that it was merely a harmless figure of speech. The incumbent senator asserted, “In a comment on Nov. 2, I referred to accepting an invitation to a speaking engagement. In referencing the one who invited me, I used an exaggerated expression of regard—and any attempt to turn this into a negative connotation is ridiculous.”

But Paul Reed, a University of Alabama linguistics professor who is considered an expert on southern speech, told the New York Times that Hyde-Smith’s use of “public hanging” was wildly inappropriate given Mississippi’s tortured racial history. Reed explained that in the past, the term could—as Hyde-Smith said—be used as a term of regard in southern speech. But in the Mississippi of 2018, Reed explained, “It has fallen so far out of favor. I cannot believe that someone would use that today.”

Michael Pfeifer, a history professor at John Jay College of Criminal Justice in Manhattan, told the New York Times, “Sen. Hyde-Smith’s remark is curious and could certainly be read as referencing Mississippi’s white supremacist history. Even as an ‘expression of regard,’ this racialized historical context in Mississippi is important for understanding such a remark.”

On the November 13 segment of MSNBC’s “Morning Joe,” host Joe Scarborough commented on Hyde-Smith’s use of “public hanging.” Scarborough, a NeverTrump conservative and former Republican congressman, noted that as a native southerner who had lived in Florida and Mississippi, he didn’t think of “public hanging” as a commonly used expression of regard in modern-day southern speech—and he agreed that Hyde-Smith’s use of the term was tone-deaf.

Although Mississippi is very much a red state—President Donald Trump defeated Democrat Hillary Clinton by 17% in Mississippi in the 2016 presidential election—Espy performed well in Mississippi’s U.S. Senate race on November 6, trailing Hyde-Smith by only about 1%. Under Mississippi’s election rules, a runoff is mandatory if no candidate wins at least 50% of the vote—and 41.4% of the November 6 vote went to Hyde-Smith compared to 40.7% for Espy and 16.5% for a third candidate, Republican Chris McDaniel (who is a Mississippi state senator).

But McDaniel, of course, won’t be in the runoff—and many of the votes that went to McDaniel on November 6 are expected to go to Hyde-Smith this time.

Mississippi’s runoff election for the U.S Senate seat that Hyde-Smith presently holds will be held in two weeks on Tuesday, November 27.