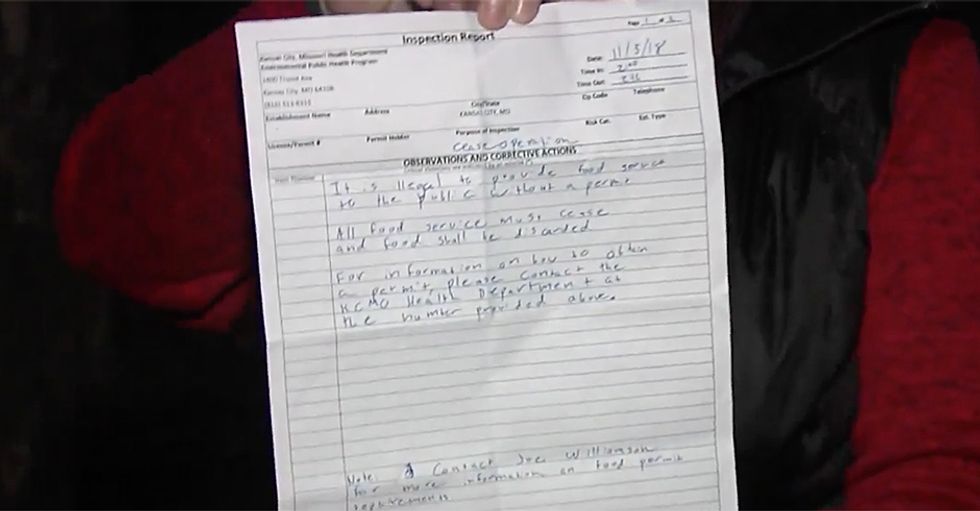 Free Hot Soup For Kansas City has offered up meals for the homeless for years, but Health Department officials ruined food intended for homeless people by pouring bleach on it last week.

"Officers and health inspectors demanded we destroy our food and we were violating health code violations by sharing meals with our friends," said Nellie McCool, one of the operators of Free Hot Soup For Kansas City, to KHSB-TV, channel 41 in Kansas City.

Health officials shot back, claiming the group was not following the law, and lacked a permit to serve the homeless.

"They were notified back in a meeting in September that they needed to get a permit and they just outright said they refused to do that," said Dr. Rex Archer to KHSB-TV. Archer is the Director Of Health in Kansas City.

McCool claims she has never heard from the Health Department.

Officials also claimed the room was not being handled appropriately and could cause a health risk by being prepared in homes instead of approved facilities.

"Preparing food in all these individuals homes when people haven't been trained, prepare food safely," said Archer. "Then, they are taking it and transporting it in trunks of cars when it's cool. It's supposed to be warm food but they have no insulation or a way to keep the food warm."

Organizers will continue to serve homeless people in Kansas City regardless of the Health Department's actions, while the health department intends to meet with the group to make sure they are in compliance.

Homelessness continues to be a growing problem in the united states. According to the Department of Housing and Urban, or 0.17% of the population.