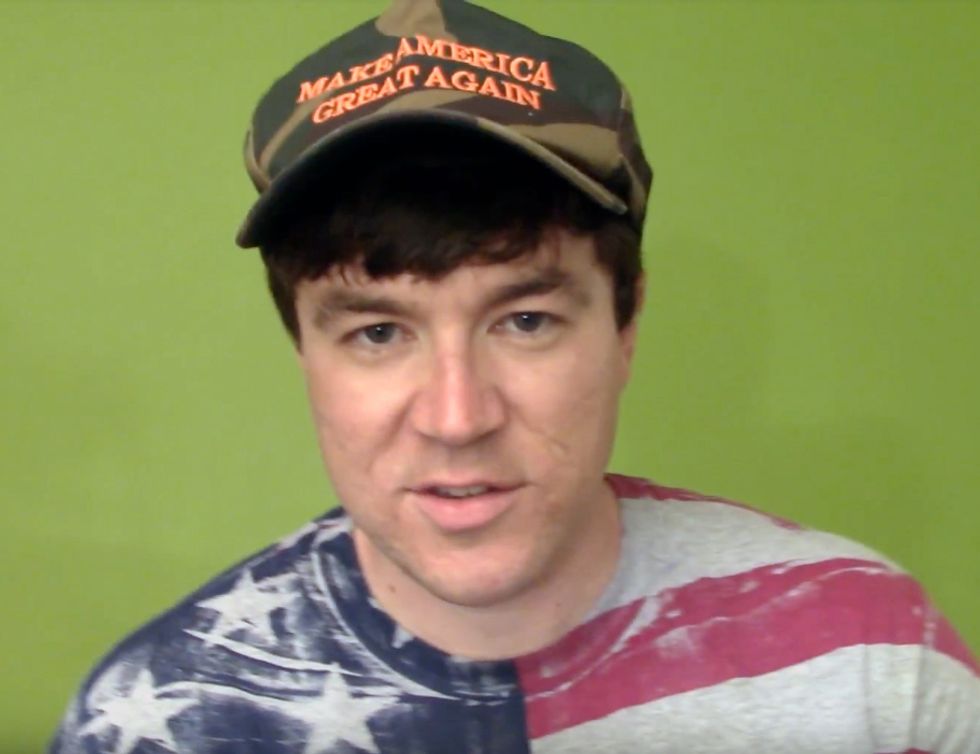 A Jewish woman flying to be with her family gently confronted a supporter of President Donald Trump on a flight following the murder of 11 people at a Jewish synagogue in Pittsburgh.

The woman, who identified herself as Merissa, passed the man a note as she was sitting a few rows behind him. The note was shared on Twitter by the woman’s friend, public defender Scott Hechinger.

Merissa said that she could identify the man as a Trump supporter because he was wearing a “Make America Great Again” hat.

“Dear sir in the pretty red hat,” the letter began. “I am in Los Angeles because my family lives here. We are Jewish. We survived the Holocaust. My family members were murdered in gas chambers — all of them except 5 that lived here.”

Merissa explained that she flew to Los Angeles because she had been moved by the deaths in the recent synagogue massacre.

“I couldn’t stop crying, I was afraid and didn’t want to be alone,” she recalled.

The woman noted that the president “blamed Saturday’s shooting spree on the synagogue.”

“He said if they had armed guards, it would have been fine,” Merissa remarked. “Do you have an armed guard when you pray?”

“A lot of people were upset, angry & scared on the plane when they saw your hat,” she continued. “For you, I want to assume it’s about politics, economics and the support of a charismatic man.”

“To us, your hat sanctions our death, our murder, our evisceration,” she added. “Because you’re hat supports a man who does little to help us and so much to fuel hatred, violence and cruelty.”

Merissa ended the note by telling the man that she feels “love” for him.

“I hope your good America doesn’t include flushing me and my people out,” she concluded.

According to Hechinger, the Trump supporter “read it all.” But it was not immediately clear if the man reacted in any meaningful way.

Read the letter below.

My friend flying to be w/ her family after synagogue killings gave this note to a man on her flight w/ a MAGA hat. He read it all. “A lot of people on the plane were upset, angry, & scared when they saw your hat. To us, your hat sanctions our death, our murder, our evisceration.” pic.twitter.com/fHuNrnFiLW