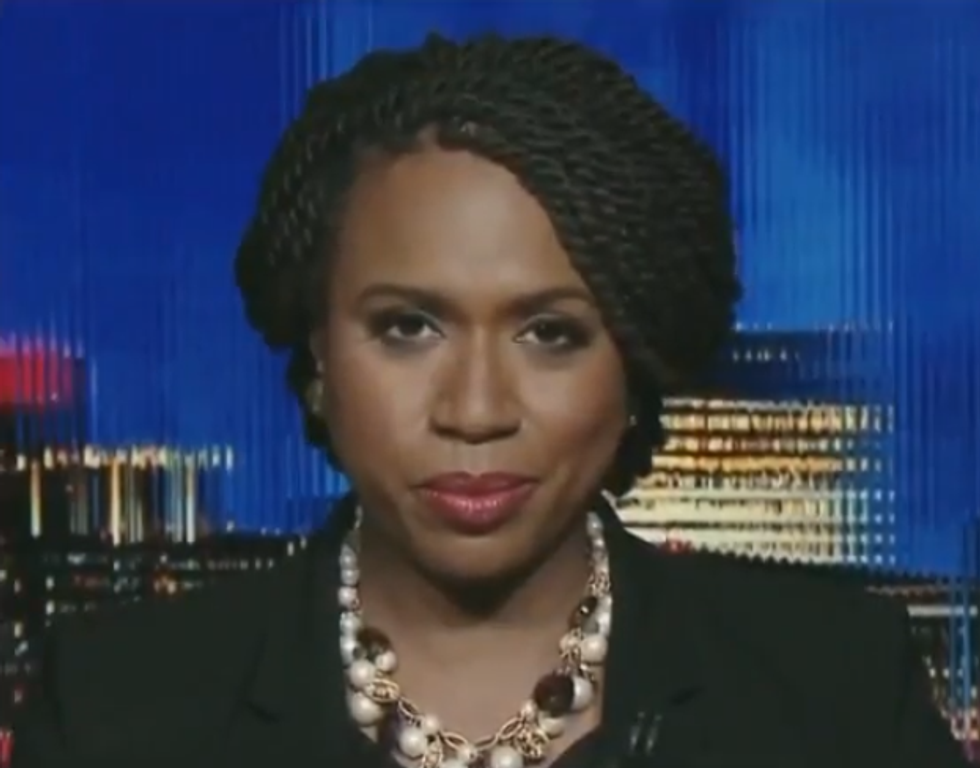 The incoming Democratic House majority will need to make a lot of tough decisions right from the start, not the least of which is how to respond to President Donald Trump's apparent decision to go for broke and rip out the leadership of the Justice Department who have allowed the Mueller investigation to proceed.

But for Congresswoman-Elect Ayanna Pressley (D-MA), it is important to keep what is happening in perspective, and not whitewash the wrongdoing of fired Attorney General Jeff Sessions — a sentiment she made clear to CNN's Chris Cuomo.

"So now you're in the job, you have to do the job," said Cuomo. "And you are immediately faced with a massive challenge coming from outside, and a massive challenge inside. First, outside: the president gets rid of Jeff Sessions today. The attorney general is out, was he fired, did he resign, who knows? But we know why it happened today, and we know the intentionality behind the move, and it's obvious because of who the acting attorney general will be. How do you deal with what is an apparent move by the President of the United States to compromise the Mueller investigation?"

"Well, on the departure of Jeff Sessions I would say: bigot exit stage left," she said.

Pressley is right. Just because Jeff Sessions has exhibited a reluctance to allow Trump to directly steer his actions as attorney general does not make him a good or fair-minded attorney general. In fact, he has been among the most racist attorneys general in modern times, doing everything in his power to undermine civil rights, criminal justice reform, and anything the government does to put people of color on even footing in general.

The future of Trump's DOJ is unclear and terrifying. But as Pressley notes, it is hard to feel real sympathy for a man like Sessions, or to lament his exit.