Inclusion on the Ballot: Florida and Georgia's Governors Races Are Key Tests of White Supremacy's Hold in the Deep South 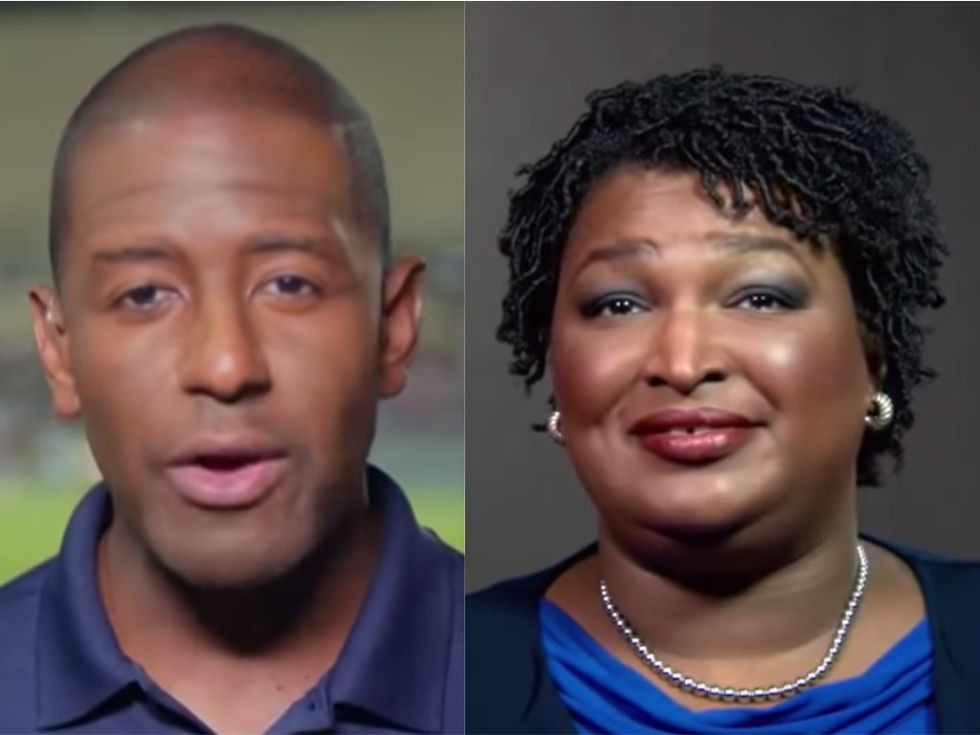 To say that the United States has a tortured racial history is an understatement. Segregationist Jim Crow laws (the U.S. equivalent of South Africa’s apartheid system) were on the books in southern states until they were struck down by the Civil Rights Act of 1964—and Lester Maddox (the segregationist Democrat who served as governor of Georgia from 1967-1971) ended up closing his restaurant in Atlanta rather than comply with the law and serve black customers. But in the 2018 midterms, two Democrats that Maddox would have refused to serve in his restaurant during the 1960s stand to become the first African-American governors in their states: Georgia’s Stacey Abrams and Florida’s Andrew Gillum. And both races have become, in effect, a referendum on inclusion and multiculturalism verses the white nationalism being championed by President Donald Trump and his allies.

In both Georgia and Florida, one is seeing something that wouldn’t have existed in the 1960s: a two-term African-American ex-president stumping for African-American gubernatorial candidates who have been in very close races. Former President Barack Obama has been aggressively campaigning for Abrams and Gillum, while Trump has been stumping for their Republican opponents: Brian Kemp in Georgia and Rep. Ron DeSantis in Florida. Poll after poll has showed that both races are tight and could go either Democrat or Republican, depending on who shows up on Election Day.

Kemp is obviously hoping that in Georgia, an abundance of African-American voters won’t show up. As Georgia’s secretary of state, Kemp has been engaged in a sleazy, underhanded voter suppression campaign and purged countless voters from the rolls—especially in areas that, not coincidentally, have a lot of African-American residents. When Kemp suspended the voter registration of 50,000 Georgia residents (70% of them black), his actions were so brazen that the Rev. Al Sharpton declared that “Jim Crow would blush” in response.

The ghosts of Lester Maddox, Bull Connor and George Wallace are alive and well in Kemp’s campaign.

Meanwhile, in Florida, DeSantis has not been shy about associating with blatant racists. He accepted a $2000 campaign from anti-Muslim extremist Steven M. Alembik, who used the n-word to describe Obama in one of his tweets.

During a heated debate, Gillum asserted that DeSantis has “got neo-Nazis helping him out in the state. He has spoken at racist conferences. He’s accepted a contribution and would not return it from someone who referred to the former president of the United States as a Muslim n*****. When asked to return that money, he said no. He’s using that money to now fund negative ads. Now, I’m not calling Mr. DeSantis a racist. I’m simply saying the racists believe he’s a racist.”

In order to counter his white nationalist image, DeSantis chose a Miami-born Cuban-American as his running mate: Florida State Rep. Jeanette NÃºÃ±ez, who denounced Trump as “the biggest con man there is” in a 2016 Twitter post but has since flip flopped, deleted that tweet and declared herself to be a loyal Trump supporter. But having NÃºÃ±ez on the ticket doesn’t erase the fact that hardcore racists have found so much to like about his campaign.

The Road to Power, an Idaho-based white supremacist group, has been making racist anti-Gillum robocalls to Florida voters—and that same group has been bombarding Georgia residents with racist anti-Abrams robocalls defaming Oprah Winfrey, who has campaigned on Abrams’ behalf. Kemp denounced the robocalls as “vile” and “absolutely disgusting,” but in light of his efforts to disenfranchise black voters, Kemp’s concern rings painfully false.

Abigail Collazo, a spokesperson for Abrams’ campaign, asserted that Kemp’s ally, Donald Trump, has created a toxic political climate in which racists are feeling emboldened. In an official statement, Collazo stressed, “These automated calls are being sent into homes just days before President Trump arrives, reminding voters exactly who is promoting a political climate that celebrates this kind of vile, poisonous thinking.”

The contrasts in Florida and Georgia’s gubernatorial races have been stark. The races have come to symbolize inclusion and multiculturalism on one hand and white nationalism, voter suppression and the ghost of Jim Crow laws on the other—and it remains to be seen which vision of America voters in the southeastern U.S. will choose.