The IMF, the G20 and an Argentine disaster foretold 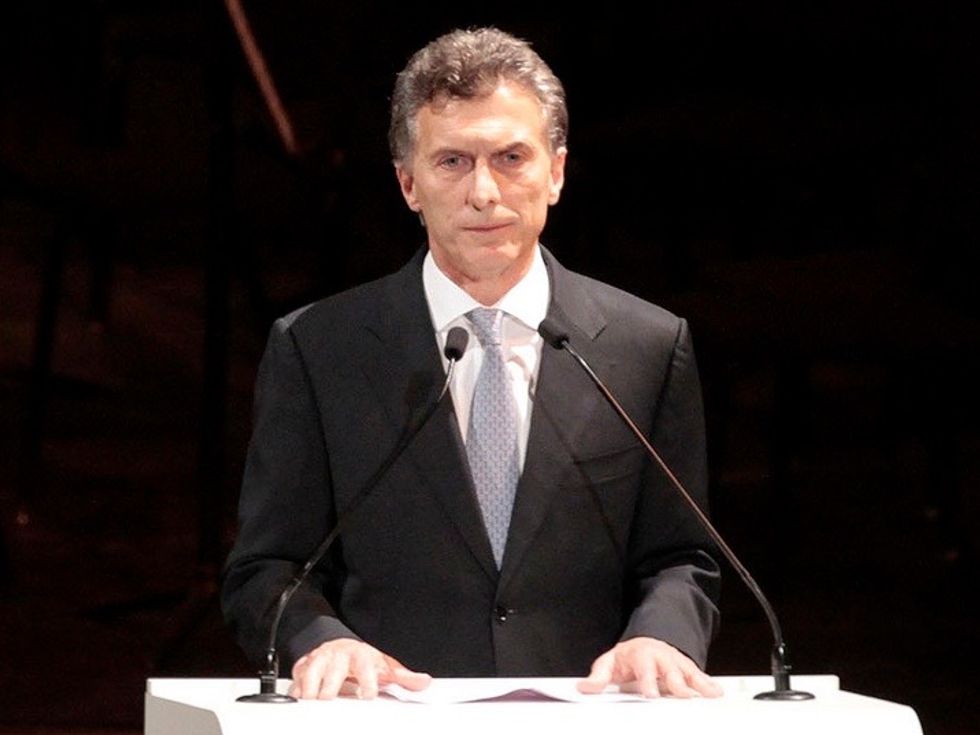 Argentina will soon have the somewhat dubious distinction of being the first South American country to host the Group of 20 (G20) Leaders’ Summit at the end of this month, during which heads of state will meet to discuss pressing global political and economic issues.

The role of the bloc became all the more significant in the aftermath of the 2008 economic crisis. Due to the gravity of the crisis, it was upgraded to a heads-of-state summit, which met semi-annually in 2008 and 2009 and annually thereafter.

However, the G20 has not had a very impressive record in creating equitable economic growth. A 2017 report by Friedrich-Ebert-Stiftung, which assessed the role of international financial institutions in reducing economic inequalities, concluded that, “the least impressive performance has been that of the G20.”

Despite this and the fact that the G20 is an organization without any formal legal mandate, it currently dictates the economic and political agenda for legally established agencies of global governance, such as the World Bank Group (WBG) and the International Monetary Fund (IMF).

The relevance of this relationship, and its pangs, is all the more pronounced for Argentina, which currently presides over the G20. Earlier this year, it agreed to a highly unpopular $56 billion loan from the IMF.

Under the stipulations of the loan, Argentine president Mauricio Macri committed to reducing the country’s fiscal deficit by slashing subsidies to gas, electricity, water, and transport; reducing discretionary transfers to provinces; cutting public investment in infrastructure; and downsizing public sector expenditures through a recruitment and salary freeze.

These IMF policies are all reflected in the nation’s 2019 budget proposal, which introduces deep austerity measures that will undoubtedly have a negative socioeconomic impact on large sections of the country’s working class.

“This austerity-driven budget systematically places the burden of the economic crisis on the shoulders of workers and the most vulnerable sectors of society because it reduces government investment towards social programs,” Oscar de Isasi, a leader of the Association of State Workers (ATE), said in a recent radio interview with RealPolitik.

According to a 2017 study carried out by Sara Niedzwiecki, since president Macri took office in December 2015, the country has seen an average of almost 14 protests per month, or a protest almost every other day, against the national government.

Meanwhile, over the course of the second half of 2018, Argentine political demonstrations have been primarily carried out by labor groups, voicing their dissatisfaction with the state and its failure to move forward with salary negotiations, the Tricontinental: Institute for Social Research found in its latest dossier, titled, “Argentina Goes Back to the IMF: Neoliberalism, Crisis and Protest” (read the full dossier on the trajectory of Macri’s policies and the popular resistance here).

However, the report also points out that despite the widespread public opposition to the resurgence of neoliberal policies, “the protests have not been able to create a new electoral-political bloc that could channel the dissatisfaction of the people into the upcoming presidential election.”

Last October, the government succeeded in pushing its proposed budget through the federal chamber of deputies. The proposal is now scheduled to be put up for further debate in the Senate on November 14.

The former economy minister (2013-2015) and current Partido Justicialista (PJ) deputy, Axel Kicillof, described the draft budget during the debate in the chamber of deputies as “unvotable, a budget of austerity, of indebtedness and social exclusion, both anti-national and anti-federal.”

Critics of the IMF-influenced budget proposal have pointed to Argentina’s long and turbulent history of failed IMF adjustment programs, arguing that the agency’s policies allow for the rich to prosper at the expense of the poor.

Nevertheless, president Macri of Argentina, who will preside over the upcoming G20 summit, has repeatedly and unapologetically defended his austerity-driven and IMF-influenced budget for the upcoming fiscal year. Massive protests, dire warnings by experts and a disastrous history of IMF intervention in the country—none of these seem to deter the president from his path of subservience to the diktats of global finance. Clearly, for Argentina, the presidency of the G20 is more a reminder of the chains binding the country and the path to doom its president has set course for.

This article was published in partnership with People’s Dispatch and produced by Globetrotter, a project of the Independent Media Institute.
Report typos and corrections to: feedback@alternet.org.
#story_page_post_article