If We Have to Call It a Wave Election, Call It One of the Tiniest Waves in Decades 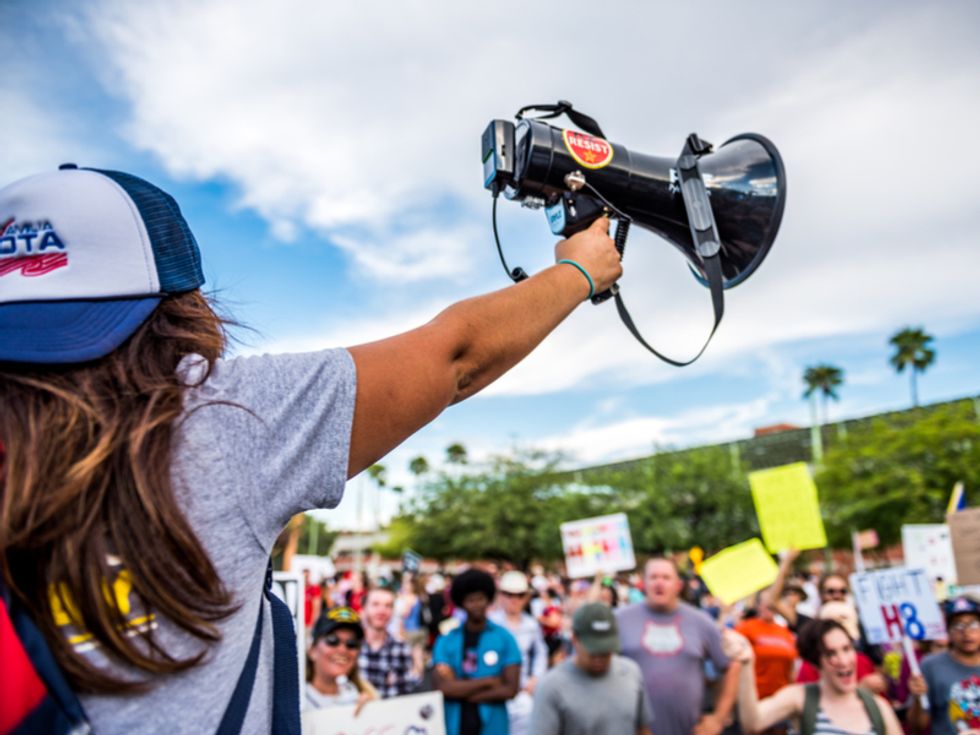 First of all, the 2018 midterm elections weren’t a “Blue Wave,” contrary to the earnest hopes of Democrats, and the legion of Trump haters both in the U.S. and globally. As of Wednesday morning, Democrats took back the House with a net gain of 28 seats (that might be subject to some revision, but it’s a pretty good gauge of the final result). Republicans retained (and increased) their control of the Senate (+3). Contrary to expectations, the GOP lost only 7 statehouses and were expected to lose more (although as a plus for the Democrats, they went 7 for 8 in Senate/governor races in Michigan, Ohio, Pennsylvania and Wisconsin—all states Trump won in 2016).

Here are some historical comparisons with other years that were supposedly “wave” election years:

That’s not a “blue wave” we had election night—more like the piddle of an aging man with prostate issues. A true wave washes all before it. The GOP even managed to elect two incumbents indicted for campaign corruption and insider trading respectively (they will both probably go to jail), as well as a deceased person, Dennis Hof, a brothel owner who died before his name could be taken off the ballot (at least he won’t be falling prey to the whims of special interests).

America is now officially in a post-democratic era. The so-called “leader of the free world” actively enables gerrymandering, where the incumbents get to choose their voters (rather than the other way around). The courts normally do nothing about this, except when it is so nakedly egregious (as was the case in Pennsylvania, where the state supreme court imposed a new congressional map and, surprise, surprise, more GOP incumbents lost).

And then there’s voter suppression. How many Native Americans in North Dakota were not allowed to vote, based on not having a street address? And what about the lack of power cords to run the voting machines in black districts in Georgia? A few weeks ago, Terry Gross of NPR ran a program that highlighted GOP suppression of minority voters. Gross spoke to a voter suppression expert, who relayed her own experience, where she had two forms of ID (social security card and driver’s license), which were inconsistent in some small way, like a middle initial on one, and middle name on the other. She went on to describe how complicated and difficult and time-consuming it was to get it changed. It’s a particularly acute problem in minority districts, akin to the tactics employed during the Jim Crow era. And given the current configuration of the governments at both the national and state levels, it’s unlikely to change significantly any time soon.

Here are a few other quick takes:

1. Nancy Pelosi cannot become the Speaker of the House again. She is a fossil. She misread the significance of Alexandria Ocasio-Cortez’s shock primary win victory earlier this year. She is addicted to an old style of big money politics at a time when the Democrats need to break their fundraising model if they are truly to campaign as a corruption-free party. Look at the relative success of Beto O’Rourke. He raised $70m (more than any other Democratic candidate) via a small-donor model perfected by Bernie Sanders. He eschewed help from the national party, raising the funds almost entirely online, from hundreds of thousands of people donating small amounts of money, while explicitly turning down money from political action committees.

That’s the way of the future. Pelosi doesn’t see that. She’s also a deficit hawk. The entire House leadership has to go. Pelosi is 78. The Dems’ number 2, Steny Hoyer, is 79. Number 3 House Minority Whip, James Clyburn, is also 78. It’s hard to advertise yourself as a party of new ideas when you’re being led by octogenarians (or something close to that). The Blue Wave has to become a New Wave. Pelosi as House Speaker ensures that the Democrats remain a party without a truly inspiring message. She is Donald Trump’s best hope to remain in power after 2020.

2. As politically incorrect as it is to say this, the Wilder/Bradley effect is still well and truly alive. The Bradley effect (less commonly the Wilder effect) is “a theory concerning observed discrepancies between voter opinion polls and election outcomes in some United States government elections where a white candidate and a non-white candidate run against each other. The theory proposes that some voters who intend to vote for the white candidate would nonetheless tell pollsters that they are undecided or likely to vote for the non-white candidate. It was named after Los Angeles Mayor Tom Bradley, an African-American who lost the 1982 California governor’s race despite being ahead in voter polls going into the elections” (Wikipedia). Unfortunately, the Bradley effect appears to have been operative again on election night in the Deep South. Two very promising gubernatorial candidates of color in Florida and Georgia, Andrew Gillum and Stacey Abrams, respectively, were deemed to be serious candidates to win races in the Deep South, and they lost by margins that were greater than suggested in the polling data. Depressing as it is to many in the 21st century, many white American voters are still uncomfortable conceding to pollsters that they do not want to vote for a candidate of color. In a tight race, you have to make allowances for that factor, and 2-3 percentage points might be a bridge too far in a close presidential race with Donald Trump.

3. If the Democrats are serious about retaking the White House in 2020, their best option might well be Ohio Senator Sherrod Brown. There’s no other Dem who can win in Ohio (the state was retained by the GOP on election night, so all of the usual gerrymandering and voter suppression techniques that will come into force in 2020 in GOP-controlled states will arise, and only a popular incumbent like Sherrod Brown can overcome that). More than most politicians in his party, Brown has shown broad appeal among working-class voters—including the blue-collar whites who represent Trump’s political base (but who also voted for Obama in 2008 and 2012). That’s not merely a matter of personality. Brown sides with Trump’s combative posture on trade, especially in regard to China, and supported the president’s decision to withdraw from the Trans-Pacific Partnership, rewrite the North American Free Trade Agreement (don’t worry, fellow Canadians; the hard work has already been done there, so you won’t get a repeat of Trump if Brown becomes the next president), and confront China with tariffs.

Yes, the Democrats need the women’s vote as well, so Brown should consider a solid female running mate, like Amy Klobuchar, the senator from Minnesota. She exudes calm professionalism and appeals to both sides of the Democrats’ base. Brown/Klobuchar in 2020? In any event, expect to hear more of these kinds of predictions, as the gun has already been sounded for the 2020 presidential election in America’s non-stop perpetual election campaign cycles.

4. For what it’s worth, the period after a first term midterm election until the following April has historically generated the best average returns in the stock market (around 15 percent). This makes sense intuitively. A president usually takes the toughest measures during his first year in office when he’s got the most political capital to expend, and the likely stimulatory impact of Trump’s tax changes are most likely to be felt in the third year of his presidency. There will be no threat of a government shutdown (which was purely a Tea Party–induced phenomenon; it won’t happen under a Democrat-controlled House). So those expecting a financial or economic accident might have to wait until the latter part of 2019 or 2020 (much like the 2008 presidential election, which probably helped Obama overcome McCain that year), barring (and this is a big proviso) anything earth-shattering coming out from the Mueller investigation, which might prompt the Democrats to try to impeach the president (they won’t succeed, because the Senate is still controlled by the GOP. In any case, Mueller’s conclusions are likely to reinforce existing views, rather than change the political dynamics in favor of impeachment).

If Mueller does produce the proverbial “smoking gun,” then all bets are off, but after his investigation has had almost two years of looking for that alleged link between Russia and the Trump campaign, I wouldn’t bet on it. In the meantime, Trump is going to explore three things:

1) the continued value of his propaganda machine, post-election when nobody cares as much, in keeping the left cowering;

2) the ability to rule with a combination of executive orders and Justice Department defense of the same in the inevitable court challenges;

3) after a decent interval, the ability to offer up the Republicans in the Senate to the Democrats in both houses as sacrificial victims to obtain infrastructure, prescription drug price controls, an immigration bill (with a barbed wire “wall” ) and perhaps even universal health care.

#1 will not work—people are tired.

#3 will be a yuuge problem for the Democrats. Because, if they work with Trump (and Trump doesn’t change parties!), they will be effectively underwriting his re-election. Alternatively, if Democrats decide to work with Senate Republicans and craft a big bipartisan “grand bargain” on Social Security and Medicare, they’ll be walking into a political trap that could destroy their chances in 2020.

One safe prediction: the next two years will certainly not be dull. If you thought 2016-18 was volatile, you ain’t seen nothing yet.

This article was produced by the Independent Media Institute.
Report typos and corrections to: feedback@alternet.org.
#story_page_post_article