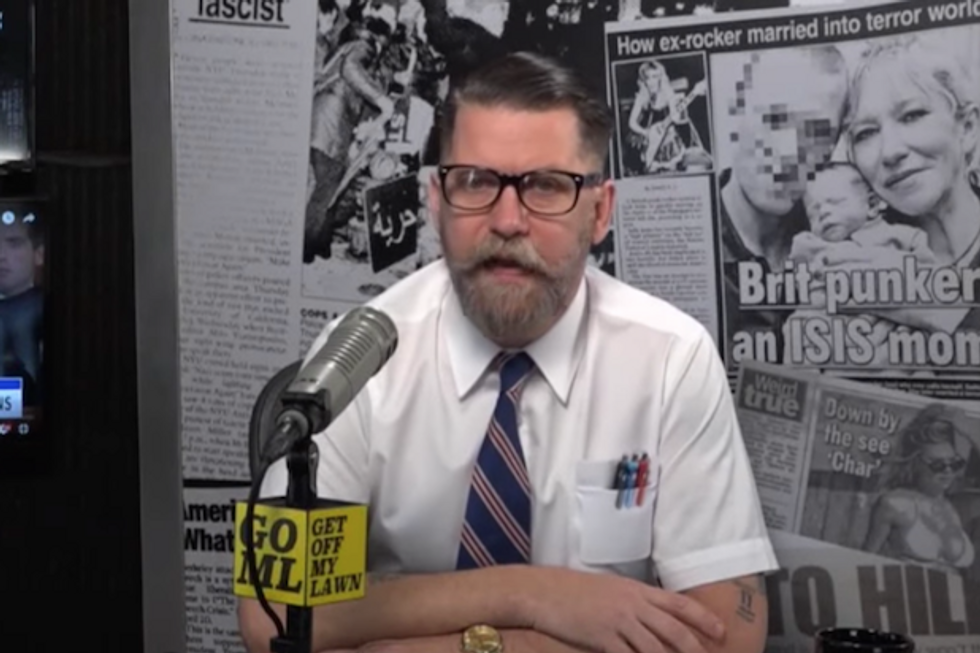 Gavin McInnes, the Trump-loving founder of the far-right Proud Boys organization, has been bitterly complaining in recent months that his liberal neighbors in a wealthy New York suburb do not like him.

The Daily Beast's Kelly Weill reports that McInnes has been heard regularly whining about the people in his neighborhood who want nothing to do with him -- and he blames none other than liberal billionaire George Soros for his struggles.

"I blame Soros for all of this," McInnes recently told InfoWars founder Alex Jones. "Soros is terrorizing me and trying to shut down my fraternal club, the Proud Boys. And he’s paying people to mess with my life, and spread these lies about me, spread fake news."

One of the alleged hardships McInnes has had to endure was having his application to a local country club sabotaged by a fellow golfer whom he said mocks his involvement with InfoWars.

Additionally, McInnes has told Jones that his proud love for President Donald Trump results in him getting disgusted looks on the streets wherever he goes.

"I see whispers all the time," the Proud Boys founder explained. "I’m walking down the street and a housewife goes like she’s finally seen Hannibal Lecter walk by. And what is the horror? The horror is that I like Trump, and that if I like Trump I might be conservative."

After the infamous street brawl between Proud Boys and left-wing demonstrators at New York's Metropolitan Republican Club, several of McGinnes' neighbors also started planting "Hate Has No Home Here" signs on their front lawns to let him know he wasn't welcome in their community.