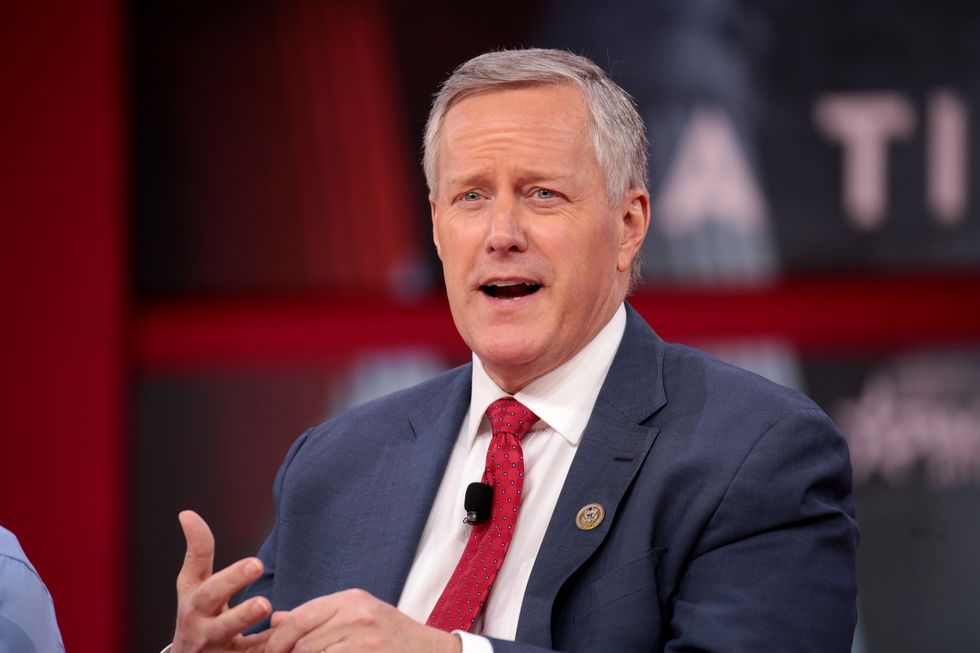 Meadows, chair of the influential Freedom Caucus, was officially condemned for protecting his chief of staff, Kenny West, after he was credibly accused of sexual harassment, Politico reported, in violation of House rules. Meadows will be forced to pay $40,000 as compensation for keeping West in a salaried position after the allegations emerged.

The committee said Meadows “could have and should have done more to ensure that his congressional office was free from discrimination or the perception of discrimination."

The accusations against Kihuen implicate his own personal behavior. The committee found he made inappropriate advances on women in a professional capacity and groped women against their will, according to the report. The Nevada Democrat had already announced his retirement in the wake of the accusations.

Women described him inappropriately touching their thighs and other body parts and making explicit sexual comments.

Though it's an important step for wrongdoers in the chamber to be punished, Congress has a long way to go to seriously address its own sexual harassment and misconduct problems. For example, lawmakers can still use taxpayer money to fund payouts to sexual harassment victims with little transparency.