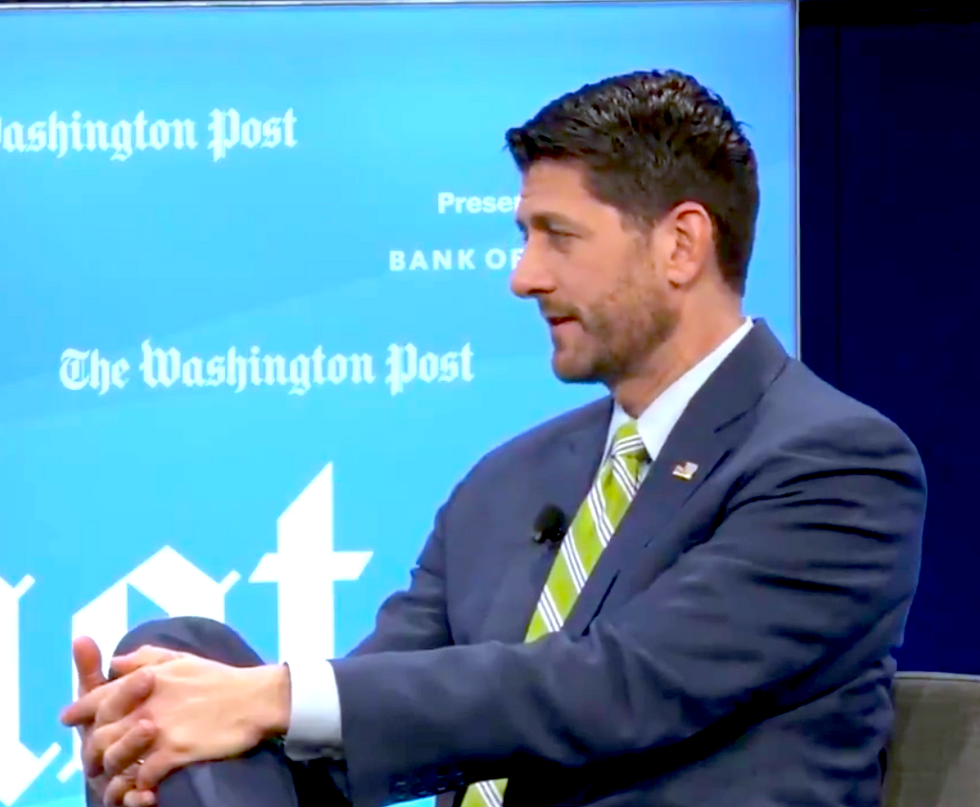 After the GOP suffered a devastating rebuke in the 2018 midterms and lost 40 U.S. House seats and their majority in the chamber, Speaker Paul Ryan has become desperate to defend his legacy from the stain of this historic defeat.

Speaking at a Washington Post event Thursday, Ryan offered a meek defense of his fallen GOP majority, saying, "I think history is going to be very good to this majority."

Historians were quick to chime in and dispell Ryan of this idea.

Kevin Kruse, a historian who has made a name for himself by debunking conservative lies on Twitter, was clear:

Others agreed. Abigail Pfeiffer, the executive director at the Vietnam War Digital History Project, said, "As a historian, I can tell you that you are incredibly wrong. You and McConnell will go down in the history books as tools of trumpism."

"I’m a historian," said Susan Sutton.  "No, we won’t be good to your majority. We genuine historians tell the unvarnished truth. Propagandists may be 'good' to you."

Dirk Breiding added: "Take it from a historian: no, history won’t. Where normal people have a spine, guts, & balls [Paul Ryan] only has delusion."

Writing for the Washington Post, conservative columnist Jennifer Rubin explained why, even by his own lights, Ryan will not be judged well by history. He cited the passage of the tax bill as one of his major successes but the failure to pass immigration reform as a major failure.

"Oddly, he posits that the tax plan will be the main reason for the anticipated rave reviews, although he also says a major regret was the debt, which the tax cuts expanded. Umm, that’s the best part of his legacy?" she wrote.

She continued: "He also regrets not achieving immigration reform, but it was he and his fellow Republicans who refused to take up the Gang of Eight bill that passed the Senate overwhelmingly in 2013 and it was Ryan who would not put on the floor a bipartisan compromise on the 'dreamers' that would have passed the House. So maybe we should regret Ryan’s tenure in Congress."