'He’s afraid people want to kill him': Trump has reportedly refused to visit soldiers in combat zones out of fear 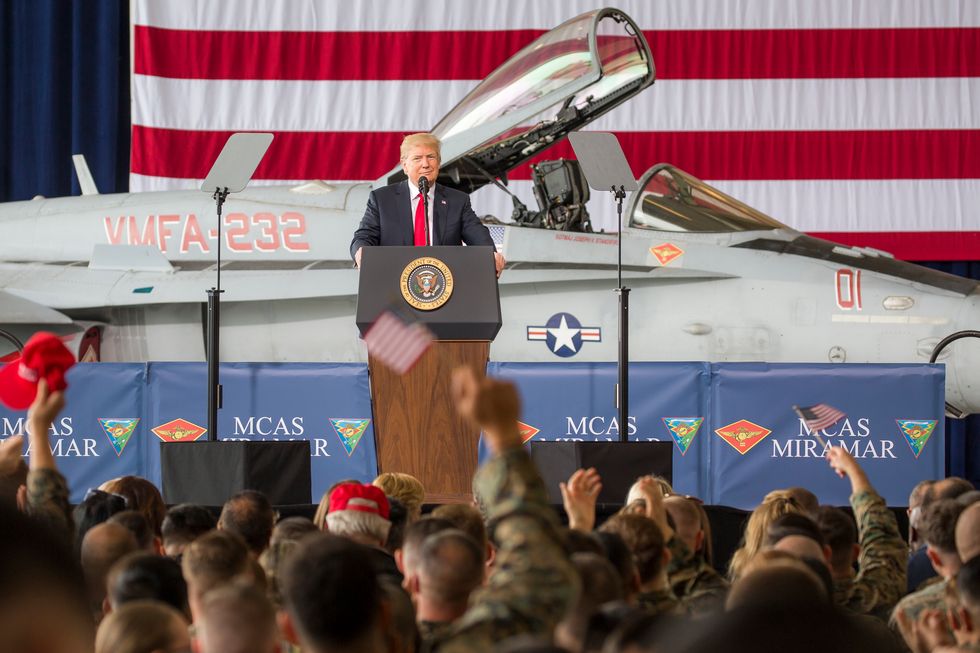 As President Donald Trump's egregiously disrespectful attitude toward members of the military has come under closer scrutiny, he has received an increasing amount of criticism for never having visited service members who serve overseas in dangers combat zones.

While there's certainly always some risk for a president to make such trips, the military is well-equipped to plan and arrange these visits with safety as a key goal. Other wartime presidents have traditionally made such ventures. One main motivating reason is that they feel a duty to show up for soldiers who literally put their lives at risk every day at the commander-in-chief's direction.

A new report from the Washington Post reveals that Trump's hesitancy is due to a very predictable reason: fear.

“He’s never been interested in going,” one anonymous official told the post, referring to conversations directly with Trump. "He's afraid of those situations. He’s afraid people want to kill him.”

Trump has suggested, in light of the criticism, that such a visit is in the works, though there are no official plans yet.

President Barack Obama visited Afghanistan four times and Iraq once while he was in office, the Post reports, and he had previously traveled to combat zones as a senator.