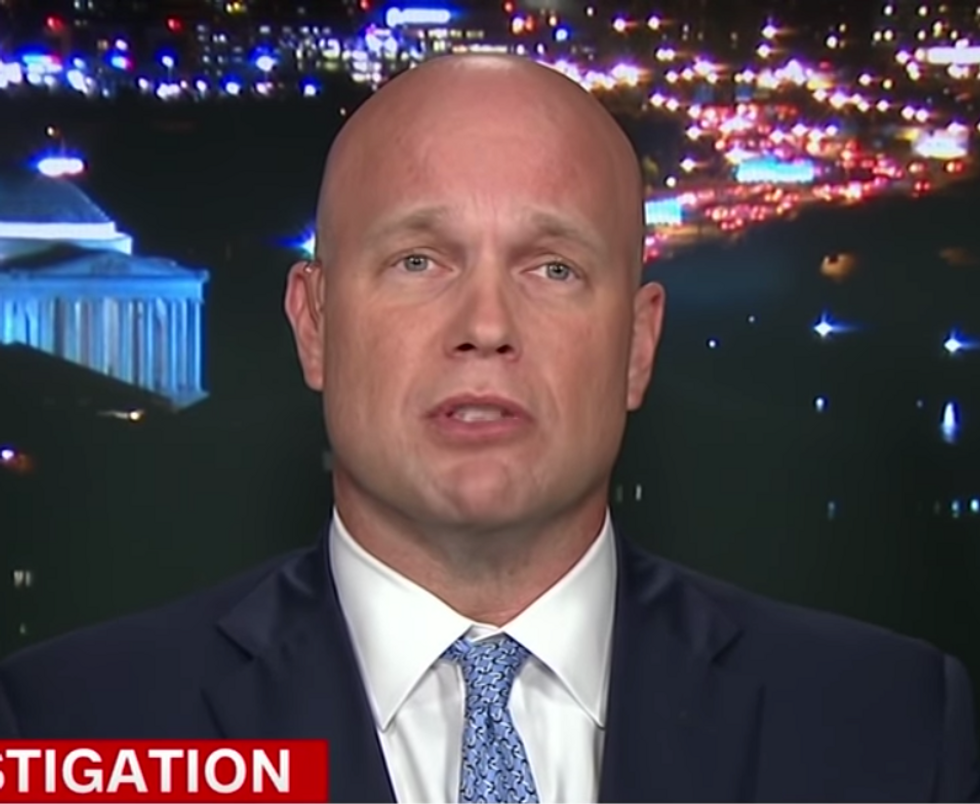 President Donald Trump is very good at changing the subject in the most dramatic of ways, and he did exactly that on Wednesday, November 7 with the bombshell news that Attorney General Jeff Sessions had been fired and would be replaced by Trump loyalist Matthew Whitaker.

When Americans woke up on Wednesday morning after Election Night, political conversations in the U.S. were being dominated by the fact that Republicans had increased their majority in the Senate by two seats while Democrats had achieved a majority in the House of Representatives—which is a definite game-changer for Trump’s presidency. But all of a sudden, the Whitaker bombshell had Americans contemplating what will or won’t happen with the Russia-related investigation of Special Counsel Robert Mueller—an investigation that Whitaker has been highly critical of.

Whitaker, in various interviews, has made it clear that he shares Trump’s negative view of the probe. In an August 6, 2017 op-ed for CNN.com, Whitaker used the exact term that Trump has used to disparage Mueller’s investigation: witch hunt.

Whitaker (who has been Sessions’ chief of staff in the Justice Department) wrote, “Mueller has come up to a red line in the Russia 2016 election-meddling investigation that he is dangerously close to crossing. If he were to continue to investigate the (Trump family’s) financial relationships without a broadened scope in his appointment, then this would raise serious concerns that the special counsel’s investigation was a mere witch hunt.”

Whitaker, in that op-ed for CNN’s website, went on to say, “It does not take a lawyer or even a former federal prosecutor like myself to conclude that investigating Donald Trump’s finances or his family’s finances falls completely outside of the realm of his 2016 campaign and allegations that the campaign coordinated with the Russian government or anyone else. That goes beyond the scope of the appointment of the special counsel.”

With Sessions recusing himself from Mueller’s investigation—much to Trump’s dismay—Mueller was reporting to Deputy Attorney General Rod Rosenstein. And Whitaker’s CNN.com op-ed was critical of Rosenstein as well, declaring that he needed to rein Mueller in.

“It is time for Rosenstein, who is the acting attorney general for the purposes of this investigation, to order Mueller to limit the scope of his investigation to the four corners of the order appointing him special counsel,” Whitaker wrote. “If he doesn’t, then Mueller's investigation will eventually start to look like a political fishing expedition. This would not only be out of character for a respected figure like Mueller, but also, could be damaging to the president of the United States and his family—and by extension, to the country.”

It was also during the Summer of 2017 that Whitaker appeared on CNN and offered some commentary on how an acting attorney general could seriously slow down or defund Mueller’s investigation. Whitaker asserted, “I could see a scenario where Jeff Sessions is replaced with a recess appointment, and that attorney general doesn’t fire Bob Mueller—but he just reduces his budget to so low that his investigation grinds to almost a halt.”

And now, Whitaker himself is serving as acting attorney general—bringing with him an allegiance to President Donald Trump as well as an obvious disdain for Mueller’s Russia-related investigation.