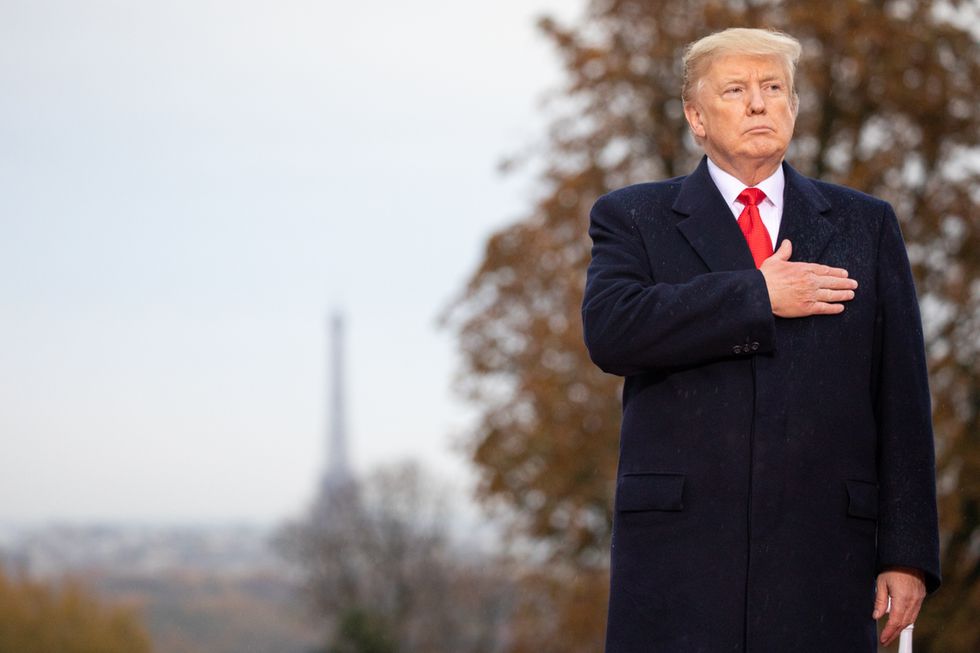 A week after the 2018 midterms, the news keeps getting better for Democrats in the U.S. House of Representatives. Democrats needed to gain 23 or more seats in order to obtain a House majority; as of November 13, they have gained at least 32—although that number could climb as high as 38, 39 or 40 after all the votes are counted. Republicans appear to have slightly increased their majority in the Senate, but November 6 was undeniably a blue wave in the House—not to mention all the state legislature seats that Democrats won.

And with all those victories comes talk of impeaching President Donald Trump.

But impeachment, even with the new House majority, probably isn’t on the table—which doesn’t mean that House Democrats won’t find many other ways in which to be a major thorn in the president’s side.

Only two days after the election, the New York Times ran an op-ed by billionaire Democratic activist Tom Steyer that outlined all the reasons why he favors impeaching Trump. And they aren’t alone in feeling that way: a Politico/Morning Consult poll released this week found that 61% of Democratic voters want Congress to begin impeachment proceedings against Trump in 2019. Factoring in all U.S. voters—Democrat, Republican, independent or registered with a third party—only 33% favor impeachment. Nonetheless, the fact that one-third of all U.S. voters want Trump impeached in a post-election Politico/Morning Consult poll is hardly good news for the GOP.

Incoming House Democrats who have called for impeachment range from Alexandria Ocasio-Cortez in New York City to Ayanna Pressley in Massachusetts. But according to analysis from the Washington Post, only 21% of Democrats who were elected to the House for the first time this year—either those who flipped a GOP-held seat or those who won in a district where a Democratic incumbent didn’t seek reelection—said they want to move immediately on impeachment proceedings in 2019 after the lame duck session. House Minority Leader Nancy Pelosi is moving cautiously, stressing that Democrats should wait to see what Special Counsel Robert Mueller’s Russia-related investigation will reveal.

Pelosi is obviously worried about the new House Majority overplaying its hand, and she wants to see more “evidence” before talking about impeachment. But how much more Mueller’s probe will reveal is uncertain. Trump is obviously determined to kill or undermine the investigation, having fired Attorney General Jeff Sessions right after the midterms and replaced him with loyalist Matthew Whitaker—who has been an outspoken critic of the investigation.

Pelosi has asserted that these events are pushing the U.S. “perilously close to a constitutional crisis.”

As things stand, there isn’t a widespread appetite for impeachment among the Democrats who won on November 6. But if any new bombshells come out of Mueller’s investigation, that could change—in which case, Democrats would still need to think about the Senate.

Three U.S. presidents faced articles of impeachment in the House: Andrew Johnson in 1868, Richard Nixon in 1974 and Bill Clinton in 1998. Johnson and Clinton were impeached by a House majority but acquitted in the Senate—and both of them served out the rest of their terms. Perhaps Nixon would have been convicted in a Senate trial because of the Watergate scandal in 1974, but it never got that far: Nixon announced his resignation on August 8, 1974, and Vice President Gerald R. Ford was sworn in the following day.

If Trump were to be removed from office via the impeachment process, he would become the first president in U.S. history to be convicted in a Senate trial—and given the fact that Republicans still have a Senate majority under the leadership of the hyper-partisan Sen. Mitch McConnell, that is unlikely to happen. Impeachment of President Trump doesn’t appear to be on the table in the House—not at the moment, anyway. But even if House Democrats do, at some point, have enough votes to impeach Trump, the chances of Trump receiving a conviction by a two-thirds majority in a Senate trial are slim and none. Whatever his doubts about Trump, McConnell hates Democrats with a passion.

So it’s understandable that Pelosi wants to hold off on possible impeachment in the House and see what else Mueller’s investigation reveals. But that doesn’t mean that Pelosi and other House Democrats cannot find numerous ways to make life uncomfortable for Trump—from subpoenas to demanding the president’s tax returns to forming all kinds of investigative committees.

After the midterms, liberal Washington Post columnist Eugene Robinson was absolutely gloating when he outlined the many ways in which a Democrat-controlled House can become a nonstop headache for Trump next year. The Democrats that Trump will have to contend with in 2019, Robinson noted, include not only Pelosi, but also, Rep. Adam Schiff (a former federal prosecutor who will be heading the House Intelligence Committee), Rep. Maxine Waters and Rep. Elijah Cummings.

Robinson, in a November 8 column, gloated, “Think of the Government Oversight Committee under the leadership of Rep. Elijah Cummings, D-Md., who will conduct actual oversight of an administration that plays fast and loose with the rules. Think of the Financial Services Committee under Rep. Maxine Waters, D-Calif., whom Trump describes as ‘low-I.Q.’ in racist tweets—and who is set to plumb the Trump Organization’s cozy relationship with Deutsche Bank.”

Another possibility is that some Democrats don’t want to remove Trump from office in 2019 or 2020 via the impeachment process because he is making the GOP brand look so bad—and the more embarrassing his actions, the easier it will be for them to recapture the White House in 2020. But that is speculation.

If Trump is reelected in 2020, he would hardly be the first president to watch his party lose a lot of seats in the midterms only to win a second term two years later. President Ronald Reagan observed significant GOP midterms losses in 1982 but was reelected by a landslide in 1984; President Barack Obama’s party experienced a “shellacking,” as he called it, in the 2010 midterms—yet the first African-American president won a second term in 2012, defeating Republican Mitt Romney (who was just elected to the U.S. Senate via Utah).

It remains to be seen what else Mueller’s investigation will reveal, and how much Trump will be able to undermine it. But one thing is for certain: Tuesday, November 6, 2018 marked a major turning point in Donald J. Trump’s presidency. And one-party rule in the federal government’s legislative branch officially ended on Election Day.