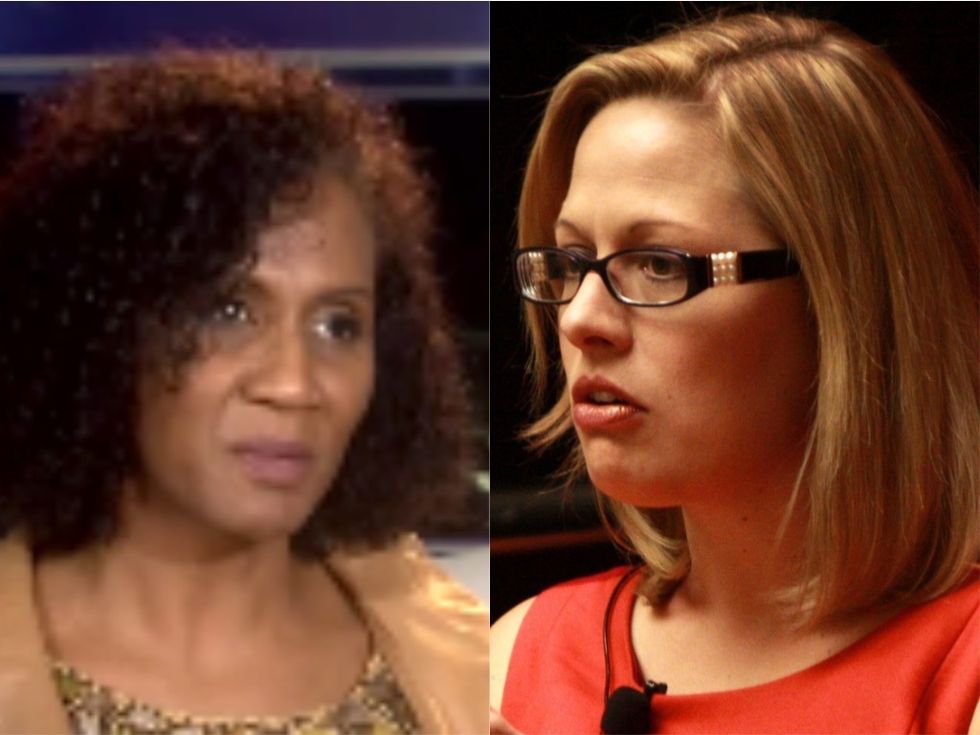 On November 1, Angela Green—the Green Party candidate in Arizona’s U.S. Senate race—made a major announcement: she was dropping out and urging Arizona residents to vote for centrist Democratic candidate Kyrsten Sinema, who has been in a nail-biter race against Republican nominee Martha McSally. Green, obviously fearing that she was taking votes away from Sinema, didn’t want to be a spoiler. But Green’s name still appears on absentee ballots in Arizona, and with the competition between Sinema and McSally being so tight, could Green end up being a spoiler anyway?

Green has performed relatively well for a third-party candidate. In October, an NBC News poll showed her winning 6% of the vote, and RealClearPolitics’ average of various polls had her at around 3%.

Green’s participation in the Arizona Senate race wouldn’t have been a big deal if Sinema had a double-digit lead over McSally. But poll after poll has indicated that the race could swing to either Sinema or McSally, depending on turnout. Some polls in early November showed that Sinema was ahead by 1% (Emerson College) or 3% (Trafalgar Group), while in other polls, McSally was leading by 3% (HarrisX) or 1% (ABC 15/OH Predictive Insights).

Truth be told, even the most scientific, meticulously conducted polls have a margin of error of 5%. But polls are good for giving candidates a general idea of where things stand—and when one poll shows Sinema slightly ahead while another shows McSally slightly ahead, the race is clearly a nail-biter.

Had things worked out differently, Sinema might be running against Sen. Jeff Flake instead of against McSally. But Flake, who has been quite critical of President Trump at times, decided not to seek reelection. And the hard-right McSally won the GOP nomination after defeating two fellow Republicans who are even more extreme: former Maricopa County Sheriff Joe Arpaio and Tea Party wingnut Kelli Ward (who challenged the late Sen. John McCain in Arizona’s 2016 GOP Senate primary, arguing that he wasn’t far enough to the right).

But among the other 40%, Sinema still has some wiggle room. Any voters of the Grand Canyon State who think that their vote in the Arizona Senate race doesn’t count haven’t been paying attention to the polls—and Arizona residents might be up really late tonight waiting to find out whether Sinema or McSally will be taking over Jeff Flake’s seat in 2019.