Here’s How 5 of the Most Racist, Bigoted Candidates Performed on Election Night 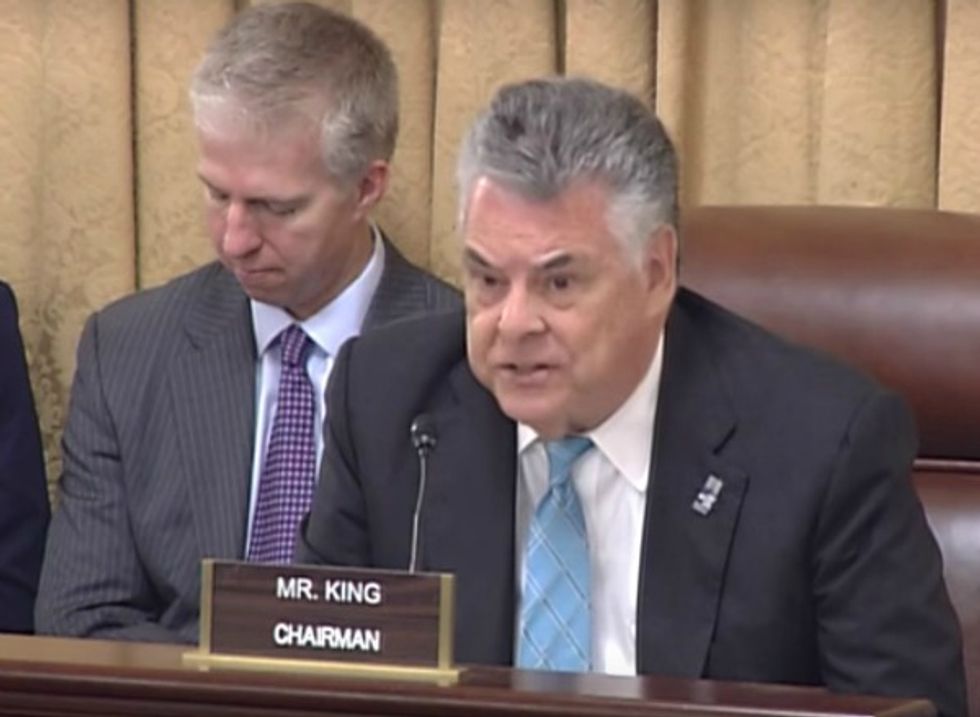 Tuesday, November 6, will be remembered as a day in which racism was both celebrated and rejected in the United States. During the 2018 election, President Donald Trump and his supporters played to the worst instincts of Republican voters with blatantly racist campaign ads and nonstop fear-mongering over the caravan of Central American refugees that originated in Pedro San Sula, Honduras, reached southern Mexico and was gradually making its way north. And in some places, it worked: Republicans increased their majority in the U.S. Senate, and white nationalist Ron DeSantis narrowly defeated Tallahassee Gov. Andrew Gillum in Florida’s gubernatorial race. But it was a different story in the House of Representatives, where Democrats will have a majority in 2019. As of Wednesday morning, November 7, Democrats had won 28 seats in the House.

Xenophobia and bigotry were rewarded in some races, yet rejected in others. Here are five of the most racist Republican candidates of 2018—some of whom were more successful than others.

Iowa is a complex state politically. While its neighbor to the west, Nebraska, is deeply Republican—Trump defeated Hillary Clinton by 26% in Nebraska in 2016—President Barack Obama won Iowa in both 2008 and 2012. But Rep. Steve King, who has been serving in the U.S. House of Representatives via Iowa since 2003, is not shy about expressing his racism. King endorsed Faith J. Goldy (the white nationalist who ran for mayor of Toronto this year) on October 16, calling her an “excellent candidate.” And he granted an interview to Austrian neo-fascist Caroline Sommerfeld for the alt-right Unzensuriert website. But as much of an embarrassment as King is, he won a ninth House term on November 6 and defeated Democrat J.D. Scholten by 3%.

Florida’s 2018 gubernatorial race became a referendum on multiculturalism and inclusion versus fear and racial polarization—and Florida voters went with the latter when Gillum (who would have been the state’s first African-American governor) lost to the stridently pro-Trump DeSantis by 1%. DeSantis ran a polarizing campaign, accepting a $2000 contribution from Steven M. Alembik (an anti-Muslim extremist who used a racial slur to attack Obama on Twitter).
During a heated debate, Gillum noted that DeSantis has “got neo-Nazis helping him out in the state. He has spoken at racist conferences. He’s accepted a contribution and would not return it from someone who referred to the former president of the United States as a Muslim n*****. When asked to return that money, he said no. He’s using that money to now fund negative ads. Now, I’m not calling Mr. DeSantis a racist. I’m simply saying the racists believe he’s a racist.”

In Georgia, Brian Kemp was not only the GOP gubernatorial candidate—he was also Georgia’s secretary of state. And when he used his position to blatantly suppress African-American votes, the Rev. Al Sharpton asserted that “Jim Crow would blush” in response to Kemp’s efforts to prevent blacks from voting in Georgia. Kemp’s voter suppression efforts were as corrupt as they were blatantly racist, and his Democratic opponent, Stacey Abrams, called for him to step down as Georgia’s secretary of state because it was a conflict of interest. Kemp refused.

The Road to Power, an Idaho-based white supremacist group, became champions of Kemp’s campaign as well as DeSantis’ in Florida. And on top of all the racist anti-Gillum robocalls to Florida voters, The Road to Power bombarded Georgia residents with racist anti-Abrams calls.

As of Wednesday morning, November 7, Kemp was ahead of Abrams in the vote count by about 2%. And Abrams (who would have been Georgia’s first African-American governor) was refusing to concede the race. Hopefully, Abrams will demand a full recount.

When centrist Democrat Laura Kelly defeated Kris Kobach in Kansas’ gubernatorial race on November 6, it was a rejection of racism and voter suppression. The far-right Republican, as Kansas’ secretary of state, has a been a master of suppressing non-white votes—and it was Kobach who invented the debunked conspiracy theory that Trump would have won the popular vote in 2016 had it not been for 3 million votes from illegal immigrants. On top of that, Kobach is a “birther” who promoted the conspiracy theory that President Barack Obama wasn’t really a U.S. citizen. Kobach is a shameless bigot through and through, and his defeat on November 6 is cause for celebration.

Although Corey Stewart was born and raised in Minnesota, the alt-right Republican and white nationalist has a bizarre fetish for the Confederacy. And defending the display of Confederate flags and other symbols of slavery and oppression was a hallmark of his embarrassing 2018 U.S. Senate campaign in Virginia, where he ran against incumbent Democrat Tim Kaine. Speaking at a Confederate-themed event, Stewart declared Virginia to be “the state of Robert E. Lee and Stonewall Jackson.” But Stewart’s Confederacy fetish didn’t play well on November 6, when Kaine defeated him by 16%