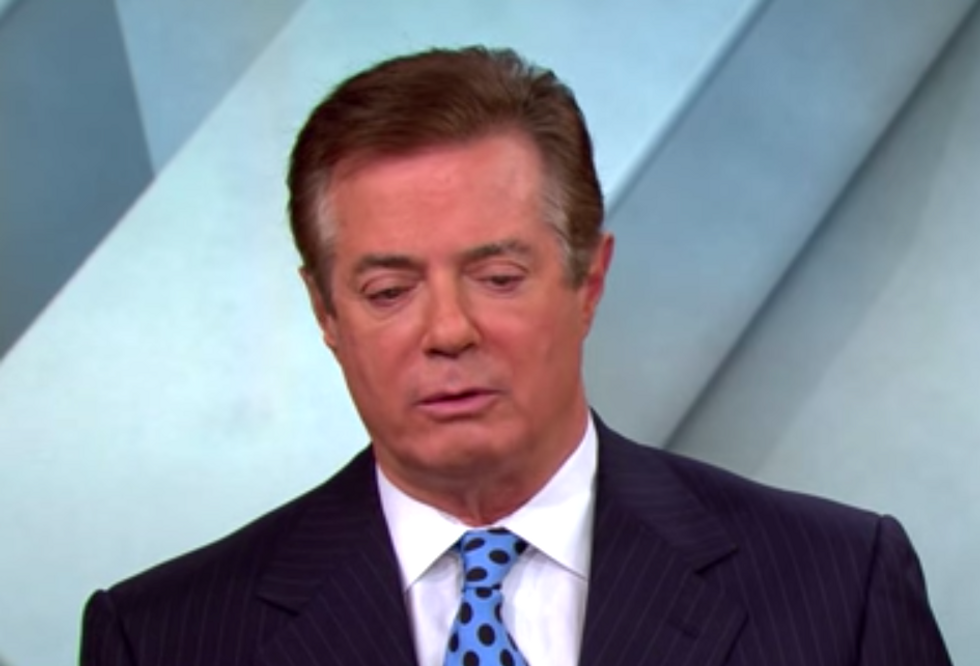 Why did former Trump campaign boss Paul Manafort lie to prosecutors after striking a plea deal to avoid spending the rest of his life in prison?

It’s a question pundits have been trying to answer since news broke of the unexpected development Monday night. Special prosecutor Robert Mueller’s team has announced in a filing that Manafort lied.

Some, like blogger and intelligence analyst Marcy Wheeler, have argued that prosecutors knowingly went along with Manafort’s lies during the proffering process because they believed that Manafort was feeding intel to the Trump team, which might then implicate the president in lies.

The panelists laid out five possible theories for why Manafort lied to Mueller, ranging from arrogance to strategy to stupidity.

“When I saw this, I scratched my head. Paul Manafort, he had a path here to a reduced jail sentence—he just said ‘No, I don’t want to take that path,” Berman said. “It raises all kinds of questions. Does Robert Mueller have so much information about so many things that he can catch anyone lying? Does Paul Manafort not care about going to jail for longer? Or is he protecting some secret that’s worth going to jail for longer?”

Toobin said this is a “a very rare situation,” as defendants who flip normally give up everything they know.

“Why would you lie when you have a cooperation agreement?” Toobin asked. “Don’t do a cooperation agreement if you’re not going to tell the truth… Is he simply arrogant? Is he simply a congenital liar? Is he hoping for a pardon? Is there something huge that he’s protecting? All of those are possibilities.”
Commentator Matt Lewis agreed that “all those possibilities are plausible,” and that Manafort may just be so arrogant that he thought he could get away with lying.

“He’s been kind of a high-roller, a big deal, at least in terms of making a ton of money, a player on the Republican side, since the 1980s,” he said. “When you’ve had that many decades of doing things your way… it’s maybe understandable that you think you can get away with stuff.”

Lewis also thought Manafort may be trying to signal to Trump that he’s toying with prosecutors to get a pardon.

“Maybe this is a play to try to get a pardon, then this all goes away,” Lewis said. “But he needs to signal to Donald Trump that he’s not cooperating, well that signal has now been sent.”