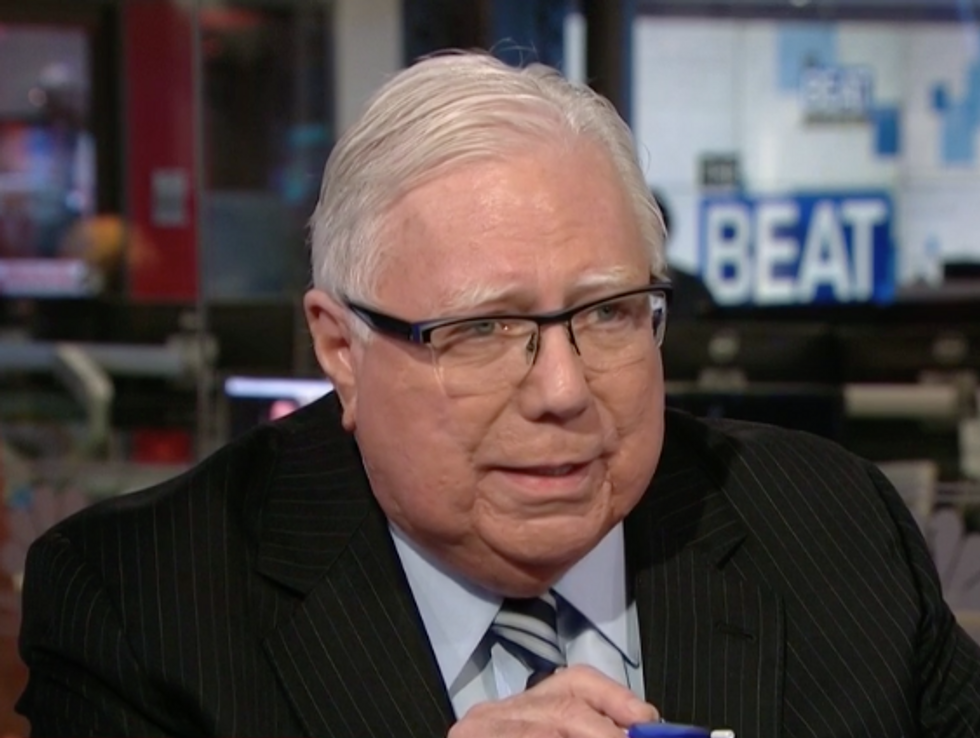 Jerome Corsi’s name has been appearing in mainstream media outlets a lot in recent weeks thanks to Special Counsel Robert Mueller’s Russia-related investigation—and on November 27, he released a copy of a plea agreement that Mueller offered him. Mueller’s team alleges that Corsi lied to investigators about acting as an intermediary between Roger Stone (a long-time ally of President Donald Trump) and WikiLeaks during the 2016 presidential election; Corsi, however, has rejected Mueller’s offer of probation (rather than jail time) in exchange for pleading guilty to one count of perjury.

There are some media figures on the alt-right who are so extreme and outlandish that even traditional conservative outlets like the National Review and the Weekly Standard distance themselves from them, and Corsi is such an individual. The 72-year-old journalist/author and unapologetic conspiracy theorist isn’t the type of person who the National Review’s Jonah Goldberg or CNN’s S.E. Cupp would want to be compared to, but on the alt-right, Corsi is a rock star. Known for his factually challenged books as well as his work with World Net Daily and Alex Jones’ Infowars, Corsi manages to make most of the wingnuts at Fox News look moderate by comparison.

Here are five of Corsi’s most outlandish conspiracy theories.

1. Corsi Is a Leading Proponent of the Racist 'Birther’ Conspiracy

The racist “birther” conspiracy—which claims that President Barack Obama isn’t really a U.S. citizen and was born in Kenya—has been debunked time and time again. Public records show, beyond a shadow of a doubt, that Obama, now 57, was born in Honolulu, Hawaii on August 4, 1961. Although Obama’s father was Kenyan, there isn’t a shred of evidence that Obama himself was anything other than a United States citizen. But claiming otherwise has helped Corsi sell a lot of books: Corsi’s 2011 book, “Where's the Birth Certificate?: The Case That Barack Obama Is Not Eligible to Be President,” is considered essential reading by alt-right conspiracy kooks.

2. Corsi Claimed That Hitler Faked His Death in 1945

The death of Adolf Hitler has been well documented: he shot himself in the head on April 30, 1945, thus avoiding being captured by Soviet troops. But Corsi insists that Hitler faked his own death, and he devoted an entire book to the subject in 2014: “Hunting Hitler: New Scientific Evidence That Hitler Escaped Nazi Germany.” According to Corsi, Hitler escaped his bunker in Berlin via helicopter and was eventually flown to Spain, where he was placed on a submarine that took him to Argentina (a country where he was able to hide out).

3. Corsi Insists That Apollo 11 Was a Hoax

In 1969, American astronauts Buzz Aldrin and Neil Armstrong famously walked on the moon as part of the Apollo 11 mission. But to hear Corsi tell it, Apollo 11 never really happened; the whole thing was a giant hoax, and neither Aldrin nor Armstrong ever visited the moon.

4. Corsi Claimed That George W. Bush Wanted to Merge the U.S., Canada and Mexico into One Big Country

As vehemently as Corsi hated Barack Obama’s presidency, he was no fan of Obama’s GOP predecessor, George W. Bush, either—and much of that disdain stemmed from his belief that President Bush, as part of a “globalist” agenda, was determined to merge the U.S., Canada and Mexico into one big country that would be called the North American Union. In 2007, Corsi claimed that the conspiracy was well underway with the creation of a North American Union driver’s license. And the largest city in the new mega-country wouldn’t be New York City, but Mexico City.

During the 2008 GOP presidential primary, Sen. John McCain famously asserted that he would follow Osama bin Laden down to the depths of hell in order to capture him and bring him to justice. But Corsi wasn’t buying it. In one of his pieces for World Net Daily—whose detractors refer to it as World Nut Daily—Corsi claimed that al-Qaeda sympathizers were backing McCain’s presidential run. Corsi’s theory: McCain supported the Kosovo Liberation Army (which Corsi described as “a Muslim terrorist group with ties to criminal drug networks and al-Qaida”), and KLA wanted McCain to become president. The notion that jihadists were rooting for a McCain presidency was beyond ridiculous, but at World Net Daily, that passed for skillful investigative journalism in 2008.