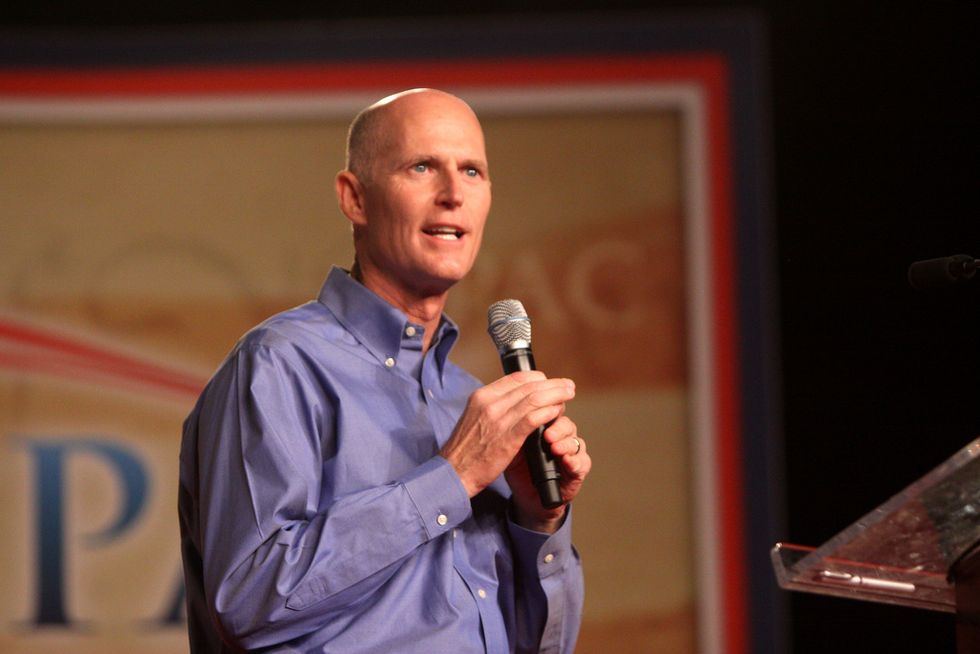 In the 2010 midterms—when President Barack Obama was serving his first term and Republicans retook the House of Representatives with a 63-seat landslide—health care was not a winning issue for Democrats. The GOP had successfully vilified the Affordable Care Act of 2010, a.k.a. Obamacare, and Fox News viewers actually believed the buffoonish Sarah Palin when she claimed that “death panels” for older Americans were a feature of the ACA. But in 2018, millions of Americans realize that the only “death panels” are insurance companies and Republicans, and the ACA has increased in popularity: according to a Kaiser Family Foundation poll released earlier this year, 54% of Americans now approve of the ACA.

Health care has become a winning issue for Democrats, many of whom have been lambasting the GOP relentlessly for its efforts to overturn the ACA and deprive millions of Americans of health insurance—especially if they have pre-existing health conditions, which could be anything from diabetes to asthma to heart disease to back problems. In the 2018 midterms, many Republican candidates have been addressing health care as well, insisting that protecting coverage for pre-existing conditions is a high priority for them. But it’s important to look at what Republican candidates do rather than what they say, and as Obama has been stressing in his recent speeches, many of them are flat-out lying when it comes to health care.

Here are five deceitful Republican candidates in key races who been campaigning on protecting Americans’ health coverage while fighting relentlessly to take it away.

In the Arizona Senate race, Democratic candidate Kyrsten Sinema has been attacking her GOP opponent, fellow congresswoman Martha McSally, nonstop over health care—stressing that McSally would gladly throw Americans with pre-existing conditions to the wolves. And McSally has responded by insisting that protecting them is a high priority for her. But McSally showed her true colors when, in late October, she snapped at a reporter and asked, “Can we please talk about the things that matter to most voters, instead of repeating the Arizona Democrat Party press releases? Do you have anything to talk about, like the caravan or job opportunities?” And McSally also showed her true colors when, in 2017, she voted for the GOP’s American Health Care Act, which would have repealed the ACA and allowed insurance companies to charge much higher premiums for Americans with pre-existing conditions.

In Wisconsin, Republican Gov. Scott Walker has been running ads insisting that he will protect Americans with pre-existing conditions if reelected. But when Obama was in Milwaukee recently stumping for Walker’s Democratic opponent Tony Evers, he pointed out that Walker has signed on to a GOP lawsuit that seeks to end those protections (Texas v. Azar). Evers has been calling for Walker to drop Wisconsin from the lawsuit—which, of course, he hasn’t done. When Walker insists that he is looking out for cancer patients or diabetics who are worried about keeping their health coverage, he is—as Obama asserted in Milwaukee—flat out lying.

In 2018, incumbent Sen. Ted Cruz has received a surprisingly strong challenge from Democrat Beto O’Rourke in the Texas Senate race—and health care is one of the issues that O’Rourke has been campaigning on aggressively. Cruz has maintained that protecting Americans with pre-existing conditions is a priority for him, but his record says otherwise. Cruz once helped shut down the federal government over his demand that the ACA be reversed, and he happily voted for the American Health Care Act in 2017.

In 2017, incumbent Republican Rep. Dana Rohrabacher voted for the American Health Care Act. But in 2018, the California congressman has had the audacity to campaign on protecting Americans with pre-existing conditions—and his Democratic challenger, Harley Rouda, has been calling him out. While Rouda has described the ACA as a “great program,” Rohrabacher has called it “disastrous.” In other words, Rohrabacher is much more interested in playing partisan politics than protecting Americans who have had the misfortune of suffering from cancer, heart disease and other illnesses that insurance companies consider pre-existing conditions.

Florida’s two-term Republican governor, Rick Scott, is term-limited in the Sunshine State and has been trying to capture Democrat Bill Nelson’s seat in the U.S. Senate. It’s been a tight race, with some polls showing Scott slightly ahead and others showing Nelson slightly ahead—and Scott has been running ads asserting that if he is elected to the U.S. Senate, he will help protect Americans with pre-existing conditions. But Scott’s record shows that he is lying.

Scott has repeatedly called for a full repeal of the ACA, and he is among the 20 GOP governors who has signed on to the Texas v. Azar lawsuit. In contrast, Nelson voted for the ACA in 2010. And Florida’s Democratic gubernatorial candidate, Andrew Gillum, is a strong opponent of Texas v. Azar.