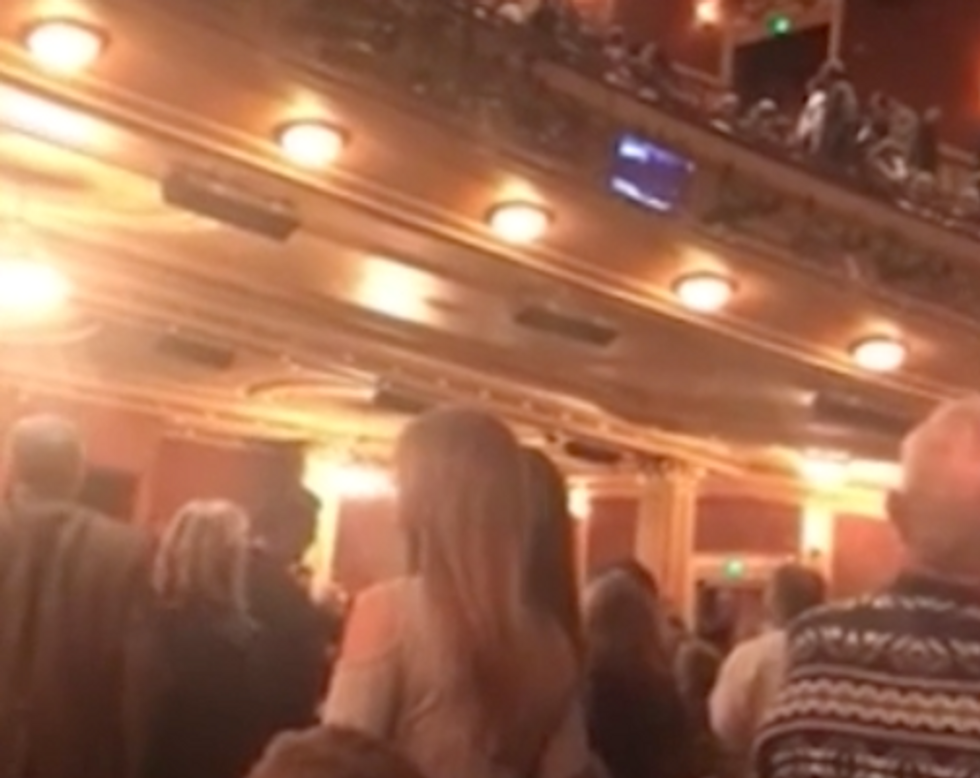 With the memory of the recent anti-Semitic attack at a PIttsburgh synagogue still fresh in the public's mind, audience members were terrified when a man stood up and screamed "Heil Hitler! Heil Trump!" during a play on Wednesday night in Baltimore, according to a new report in the Washignton Post.

The outburst came at the intermission of a performance of "Fiddler on the Roof," a musical about Jewish traditions. One person told the Post that people began running when the man started shouting.

"The next thing I expected to hear was gunshots, frankly,” Richard Kerr said.

The man was standing and giving a Nazi salute. In a video posted by Kerr, some other audience members can be heard yelling at him to get out of the theater.

Another person in attendance, Samit Verma, said he didn't hear the man's words at first but witnessed the "chaotic scene."

Security eventually removed him from the theater, the report said, and the man has not been identified publicly, charged or arrested.

Eleven people were killed at the attack in Pittsburgh at the Tree of Life synagogue on Oct. 27. Critics said President Donald Trump's rhetoric encouraged these types of attacks, and the suspect in the Pittsburgh shooting shared the president's conspiratorial and xenophobic views about immigrants, which appear to have motivated the massacre.