'He Is One Scared Son of a Gun': Trump's Ghostwriter Says the President Knows the Midterm Elections Could 'Turn Very, Very Dark for Him' 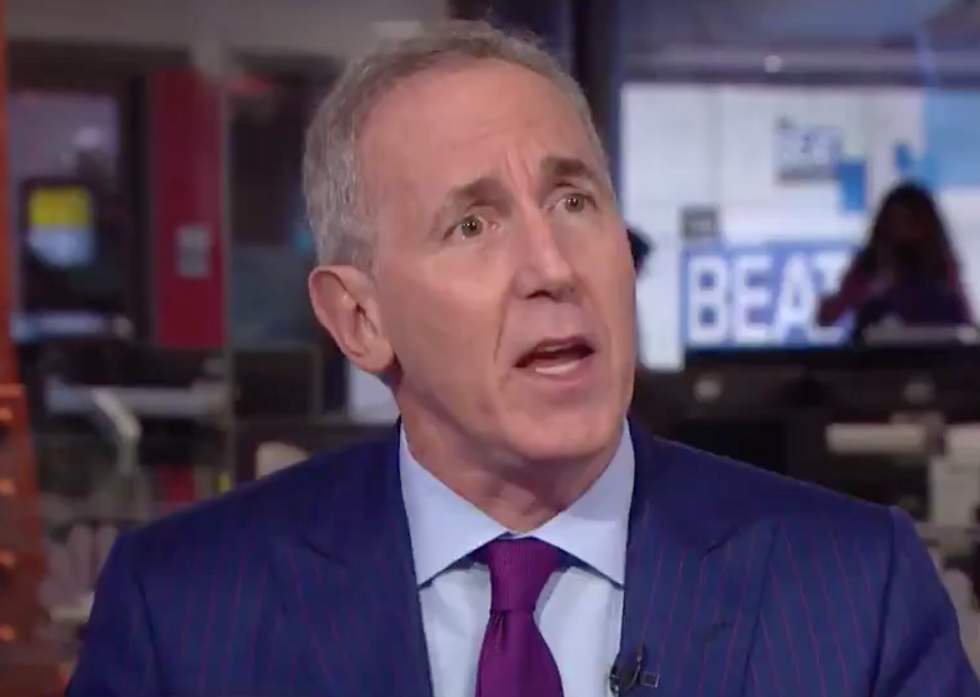 Tony Schwartz, the ghostwriter who penned President Donald Trump's "The Art of the Deal," explained Thursday evening on MSNBC the clear signs that the president is panicking in the runup to the 2018 midterm elecitons.

"What's happened now, as Trump begins to throw anything against the wall in a feeling of desperation — 'cause he is one scared son of a gun about this potential loss," Schwartz told Ari Melber on "The Beat." "He does understand the implications of it, and he's frightened by it."

"So the reason he's doing these outrageous things, the reason he's sending 15 thousand troops down to a location where there's no enemy is because he wants to do anything he can to deflect attention, to raise the anger of his base," he continued.

"What he realizes is this could turn very, very dark for him," he added.

Indeed, Trump's final weeks before the campaign have been a mind-numbing barrage of lies and rapid-fire changes of topic. He's told voters he was going to pass a new 10 percent across-the-board tax cut, despite the fact that there are no plans for such an idea and Congress isn't even in session. He's said that he has a plan to protect people with pre-existing conditions and Democrats would gut these provisions, while the truth is the exact opposite. And he's continued to stoke baseless fears about immigration while claiming he has the unilateral authority to end birthright citizenship, which contrasts with the overwhelming body of scholarly opinion about the Constitution.