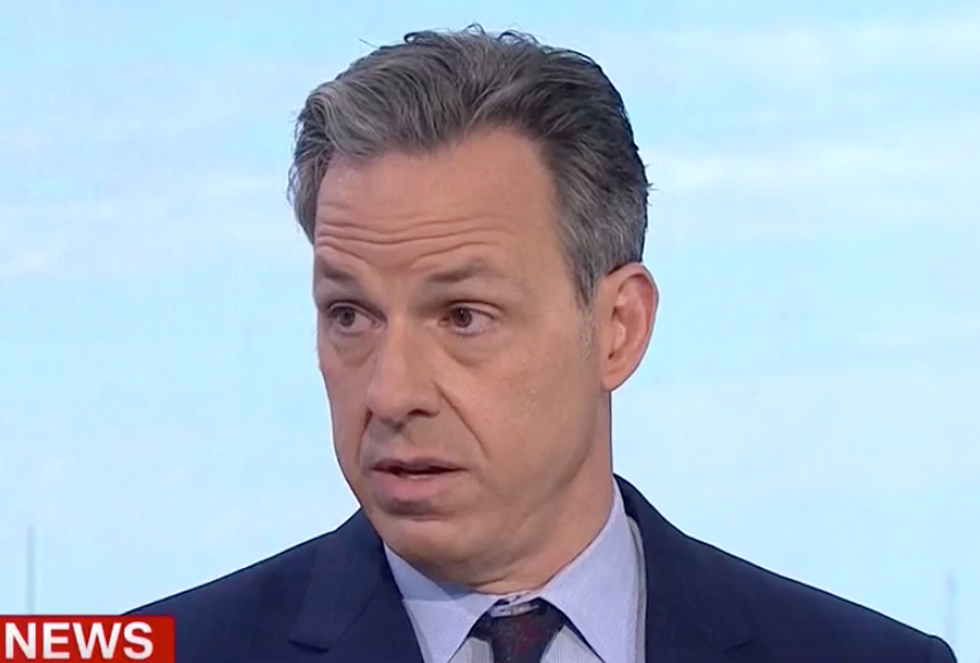 "I've been covering presidential news conferences for a long time. I've seen many presidents in the East Room of the White House answering reporters' questions — I don't think I've ever seen anything like that," said Wolf Blitzer, making Tapper laugh.

"No," Tapper said, agreeing. "What we saw here was a president who clearly feels threatened and was responding by threatening. He threatened Democrats, he threatened the news media. And he made it very clear, no matter how many times he kept saying that he had a tremendous night, it was close to a complete victory, he knew in his heart that was not true. He knows that he's going to have to deal with Nancy Pelosi."

Tapper pointed to one particularly remarkable and deeply troubling moment in the press conference. PBS NewsHour reporter Yamiche Alcindor, who is black, asked Trump if he had considered the fact that white nationalists have celebrated the fact that he's called himself a nationalist. Trump charged that asking the question itself was racist — a response that is sure to please his vilest white supremacist fans.

"There is nothing racist about her question," Tapper said. "And it is unfathomable that that was his response to it."

Another striking feature of the conference was Trump's unprecedented celebration of the defeats of Republicans who had tried to distance themselves from him. No other president, Tapper argued, has behaved this way.